We are expecting a 14 percent kind of return for the fiscal year 2019 is not an unreasonable expectation, Harendra Kumar, Managing Director-Institutional Equities at Elara Equities.

Valuations are on the mend and have reached reasonable levels, and the earnings yield is nearing attractive levels. We are expecting a 14 percent kind of return for FY19  and it is not an unreasonable expectation, Harendra Kumar, Managing Director-Institutional Equities at Elara Equities, said in an exclusive interview with Moneycontrol’s Kshitij Anand.

FY18 pared most of the gains thanks to steep correction seen in the month of February and March. How is FY19 likely to pan out for investors?

Valuations are on the mend and have reached reasonable levels. The earnings yield is nearing attractive levels. We are expecting a 14 percent kind of return for the fiscal year 2019. It is not an unreasonable expectation.

It will be difficult for the Bears as Bulls will have an upper hand. It is difficult to ignore an economy which is growing at 7.5 percent with the best demographic profile and on the reform path. 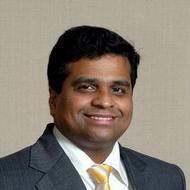 What is your index target for the FY19? Do you think the index will be able to reclaim 12,000 on Nifty and Sensex could rise above its previous record high of 36,443?

Our index target for the year is closer to 11,500. Reaching the level of 12,000 or breaching a new high on the Sensex is a possibility closer to FY19-end.

By then we would have the results of the general elections and if by then there are no surprises then the market would’ve started looking at the current incumbent government's the second term. So, current correction should be seen as more of an opportunity rather than something to stay away from.

Top five stocks which you think are ideal wealth-creating ideas which investors can look at buying in the coming FY for a period of 2-3 years?

It is best to take a top-down while picking stocks rather than a pure bottom-up one. We think we are in a very strong consumption phase of the economy and all proxies to consumption should be bought into.

In line with this thought, we think if FMCG, aviation, and cement sectors are likely to do extremely well. Within that, a Hindustan Unilever, Marico, Nestle, SpiceJet, Heidelberg Cement would do well.

Apart from the above names, I think the metal sector could be a strong out performer to the broader index. And, within this space Jindal Steel and Vedanta could be some of the names that one could look at.

Do you see Modi 2.0 as we inch closer to national elections in the year 2019?

Yes. We do see the current incumbent Government coming back to power. The feedback that we are getting on the ground is positive.

Mid and smallcaps which hogged the limelight in FY18, do you think the trend will continue in the next financial year? If yes, why?

A) In most bull markets midcaps have outperformed large gaps. This is more the keys in emerging economies. Small caps too have done well but lag midcaps overall. So it’s a prudent strategy to have a slightly higher share in midcaps if one wants to maximize their returns.

There are a big hue and cry about crude. Do you think that the black gold could trade above $75-80/bbl?

Do you think earnings are likely to bounce back in double digits in FY19?

Earnings will track nominal GDP growth which means it will remain in mid-teens at least in the foreseeable future.

Some analyst was telling in an interview that India is now part of Expensive 4 in terms of valuations. Do you agree with the statement? Do you FIIs flows coming down in light of constant rate hikes by the US Fed and rising US bond yields?

This statement would have been true some months ago but not now after the correction valuations are reasonable. Foreign institutional investors will chase growth and stability. India fits that bill and sees no reason why flows will not resume again.

How should investors play PSU banks in FY19 given that we are seeing new frauds from different banks almost on a daily basis?

Investors have converged to two of the very large PSUs I.e. SBI and BoB. There is a very little appetite for others. Frauds apart the NCLT process is moving fine and is a positive for space but this only not enough. We might see consolidation of PSU banks in the next term. Till such time triggers are absent.

How will fears of trade wars likely to play out for Indian markets in FY19? Which sectors are likely to see the worst of it?

As of today, it is still posturing by the US and Chinese governments. We do not know the end game yet. There will be some volatility but long-term impact. India is a largely self-contained economy. If anything we should track the INR and Yields which are the bigger drivers of valuations.