172@29@17@245!~!172@29@0@53!~!|news|business|stocks|it-stocks-in-the-red-after-trump-orders-banning-h-1b-workers-in-federal-contracts-tech-mahindra-wipro-fall-5642651.html!~!news|moneycontrol|com!~!|controller|infinite_scroll_article.php!~!is_mobile=false
Subscribe to PRO at just Rs.33 per month. Use code SUPERPRO
you are here: HomeNewsBusinessStocks

Among the sectors, the IT index underperformed, down a percent after US President Donald Trump signed another executive order banning H-1B workers in federal contracts.

The order prevents federal agencies from employing H-1B workers in a bid to save American jobs.

The order will require all federal agencies to complete an internal audit and assess whether they are in compliance with the requirement that only United States citizens and nationals are appointed to the competitive service. 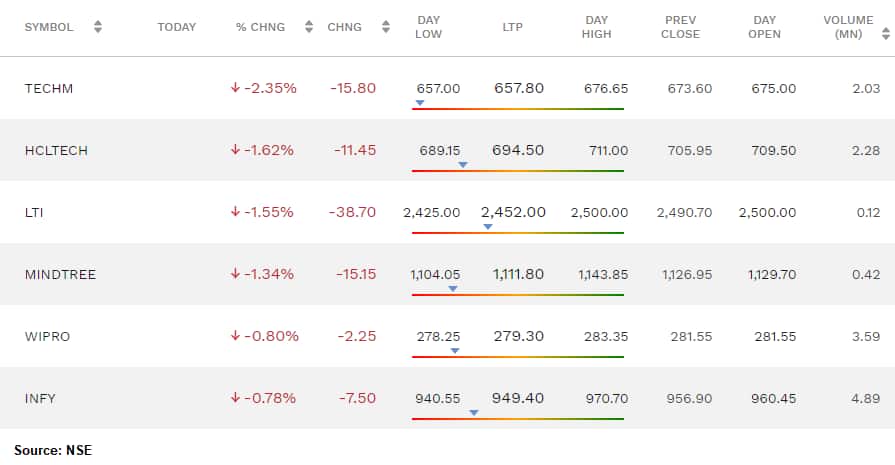 Among the IT names, Tech Mahindra was down over 2 percent followed by Mindtree, Infosys, Wipro, HCL Tech and L&T Infotech.

Infosys share price however gained over a percent in the early trade after company got selected by National Bank of Bahrain (NBB) for digitally transformation of its transaction banking business.