Stocks of state-controlled lender IFCI rose 4.3 percent on news that the company has sold partial stake in National Stock Exchange (NSE). The stock hit an intraday high of Rs 28.05, its highest level since December 4.

Speaking to CNBC-TV18, Malay Mukherjee, Chief Executive Officer and Managing Director, IFCI says the company had decided to sell upto 2.5 percent stake this year of which 1.5 percent was sold earlier.

Mujherjee says the company plans to sell the remaining 0.83 percent stake before March-end. 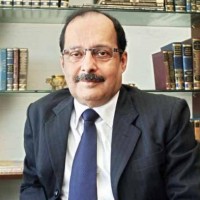 Below is the verbatim transcript of Malay Mukherjee’s interview with Ekta Batra and Anuj Singhal.

A: We have taken decision in this year financial year to sell up to 2.5 percent in NSE stake. 1.5 percent was sold earlier and then remaining out of 1 percent, 0.17 percent has been sold now. So, we have given that details to stock exchange which you are referring and we intend to sell another 0.83 percent before March 31. So, with this our sale of 2.5 percent will be over. And we will be left with another 3 percent of stake in NSE.

A: We got slightly more.

Anuj: Could tell us how much you got so that we could have a fair bit of valuation understanding for your residual stake?

Ekta: Who is the buyer?

A: It's Tata Investment Corporation.

Ekta: Are you in talks already for that additional 0.83 percent stake?

A: We have appointed merchant bankers and they are doing due-diligence and finding out. There are some buyers who have listed out. We are hopeful to close this within a month or so.

A: I do not know. I always hear this talk from the media only. I have no information on that.

Ekta: Your non-core assets are totally worth and correct me if I am wrong, worth around at least Rs 3,000-3,500 crore, any more divestment which is on the cards. There was something about Stock Holding Corporation which is a subsidiary of the company. If you could just fill us in terms of any more core disinvestments we could see.

A: What has been already decided in the board only, I can share with you and NSE is one which you are coming to know. There are some technical consultancy organisations (TCO) like KITCO where we hold some stake there. So, that board has cleared, that process is on to divest that stake and we will follow with the divestment of TCOs in other part of the country like Andhra Pradesh and Gujarat and that too has been cleared by the board. Earlier, we have done in Rajasthan. So, these all has been cleared by the board which we can obviously say to you. Apart from that, one of the subsidiaries like IFIN which we have already told you that we would like to divest the stake but we are not getting a suitable buyer for that. We want to divest around 94 percent stake but that has not happened so far.

We also want to divest some of the stake, rather full stake from our other company, but again this question of pricing. Yes, there are some talks going on and there are some proposals in board. Once the board clears it, we will come up and first we give it to the stock exchange and then only we can speak to you. There are some other proposals also in pipeline.

Anuj: I take your point that you have not had a conversation with the government yet on the stake or restructuring, but do you think the time is ripe for getting a strategic investment into IFCI at this point?

A: There is always two ways we can think for it. Actually, the government holds more than 51 percent of the stake in this company and being a public sector undertaking (PSU), there are certain distinct advantages which we enjoy like getting lines from the banks at a very cheaper rate of interest, because finally 51 percent, if it is with the government, everybody gets comfort out of that.

Alternatively, obviously, as you are saying that if investment of government is reduced and some strategic investor comes in, then market sees in a different way, the share prices go up, but then the take of the many bankers on that changes because then the comfort level goes away and the ownership shifts from the government to some other place, then what happens is that cost of funds which we are able to borrow, bond rate by which we are able to borrow also goes up. So one needs to take a call, as such the government has not given us any indication, in fact, this financial year itself, they have increased their stake by around Rs 80 crore.

So, I will not be in a position to comment on that unless the government gives us some filler on this.

Ekta: Since we have you with us, I am just going to quiz you on your gross non-performing loans (NPL). You generally do not disclose it in the profit and loss (P&L) which comes out. What was your latest gross NPL as of Q2 FY16? We understand that there was some reduction, but it was still quite high and elevated. The last figure I had was anywhere between 8-10 percent.

A: It has come much below 10, gross NPL; it is around 9.69 which as a declared result, I can speak to you. And I can assure you, when the December results come in, it will be further low and when the March results comes in, it will be further low. So, I can assure on that and in fact, I have gone on record when this financial year started that we will reduce the gross NPL by at least 2 percent, which we have already done. So, we are definitely inline. However, if you compare, which I have been talking to you that non-banking financial companies (NBFC) like us are unique. There is no other NBFC which is working in the atmosphere as we work. If you compare us with the bank, then you are definitely going wrong on that. So, you have to compare NBFC with NBFC and that too with the government ownership and there is no other NBFC. So, it is not a comparable thing if you compare me with the banks, but seeing the result, if you look at the financial market and the kind of stress that is going on, every bank’s NPL is slightly going up. So, compared to that, our position, I will say is quite satisfactory.

Ekta: But where will it be by March, 2016 when you close the financial year?

A: It is a very difficult call. We are working on the balance sheet on quarter-to-quarter which is always there is a stress in the market. And as you are looking at this type of divestment which brings in money, we also provide for this NPA. So, we always try to reduce it. It will be too difficult for me to take a call, in fact, December quarter which is ending tomorrow; I do not have the exact details as exactly what is happening because even one or two days makes a difference. However, as you have seen, this money which has come from NSE sale has clicked only yesterday. So, that increases the profit and now it depends on me, do I use the profit only to increase the bottomline or I use for some of the NPA which has come in or which is likely to come. So, it is a call which is taken by me and my core committee at the end of every quarter.