Brokerage house Prabhudas Lilladher is bullish on ITC and has recommended 'Buy' rating on the stock with a price target of Rs 381 in its research report dated January 17, 2014.

"ITC reported Adj. PAT of Rs 23.9bn as all businesses reported improved performance. Cigarette volumes declined by ~2 percent (~3.7 percent in Q2) and EBIT expanded by 18.8 percent. Non-cigarette EBIT increased by 18 percent (4.9 percent decline in Q2) as turnaround in FMCG and 19 percent EBIT growth in Agri business were the key drivers. We expect cigarette volumes and profit growth to further accelerate as higher prices and demand recovery has set in. Paperboard and Hotels are likely to have a slow recovery. Sustained FMCG sales growth at 16.6 percent, with continued share gains in Biscuits and Noodles, is positive. We expect full turnaround in FY15 backed by a strong performance in Foods portfolio and rising benefits of scale. ITC remains amongst the most resilient companies in the consumer pack with estimated PAT CAGR of 19 percent over FY14-16. Another year of high double-digit excise increase remains a key risk. We value the stock at Rs 381 (SOTP-based on Dec15 earnings)." 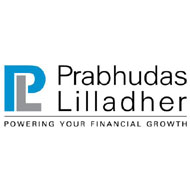