The stock has been in a secular uptrend since August 2013 and continues to stride northwards in a rising peaks and troughs fashion on the long term charts. It hit an all-time high of Rs 106 in September 2014 and, thereafter, entered a corrective phase over 10 months. The entire corrective price action is enclosed in a falling channel. During Monday’s session, the stock registered a strong breakout above the falling channel as can be seen in the adjacent chart, thus signalling a reversal of the recent corrective decline. It offers a fresh entry opportunity to ride the next up move in the stock.

A look at the time wise behaviour also quantifies the bullish trend in price. The corrective decline off all-time highs of Rs 106 has already taken 10 months while retracing just 50% of its preceding eight months rally from Rs 50 to Rs 106. Extended time wise correction and limited price correction is the primary trait of structural bull market and augurs well for the stock going forward.

Based on the above technical parameters, we believe the stock is set for its next up leg within the larger up trend and test 114 levels in the short term. The 123.6% retracement of the preceding decline from Rs 106 to Rs 74 projects upside towards 114 levels, thus offering a favourable reward-risk equation. 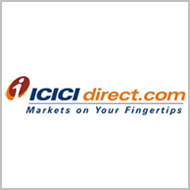 Global textile & apparel trade stood at $708 billion of which the global home textile market was valued at $70-$75 billion. The US constitutes an estimated 40% of the global home textile market and is valued at $28-$30 billion. Himatsingka Seide (HSL) is a leader in bed linen exports, predominantly to the US. The company has two manufacturing facilities in India with a total installed capacity of 25 million meters located at Hassan SEZ and Bengaluru. It caters to high end furnishings and bedding products, which has higher realisations. It generates ~94% of its revenues from exports. Apart from licensed brands, Calvin Klein Home, Barbara Barry, Esprit & Waverly, etc. the company also caters to private label programmes of major retailers like Costco, Bed bath and Beyond, Sams Club, etc. With higher home sales and revival of the US economy, we believe HSL would be a major beneficiary of the improving consumer sentiment and US economic revival.

In the past, the company has suffered from derivative losses while margins were subdued due to foreign exchange loss and restructuring costs. The company expects its retail and distribution revenues to increase from Rs 600 crore in FY15 to Rs 1200 crore by FY20. Further, on the back of better realisation and improved financials, we expect an improvement in return ratios.