Upcoming Event:Experts and leaders discuss how modern digital tools are transforming the media industry. Register now
you are here: HomeNewsBusinessStocks

The actions of Kailash S Choudhari and co-promoter Popatlal Fulchand Sundesha, the promoters of Aksh Optifibre Ltd, caused losses to shareholders and bankers, according to a series of letters written by independent director Arvind Gupta.

Aksh Optifibre share price hit 5 percent lower circuit intraday on July 6 after an independent director of the Delhi-based optic fibre maker wrote to the board and the finance ministry accusing its promoters of siphoning off at least Rs 600 crore through multiple related party transactions, faking investments in a byzantine collection of shell companies, over-invoicing overseas purchases and fudging company accounts over several years.

The actions of Kailash S Choudhari and co-promoter Popatlal Fulchand Sundesha, the promoters of Aksh Optifibre Ltd, caused losses to shareholders and bankers, according to a series of letters written by independent director Arvind Gupta.

Moneycontrol has reviewed a copy of the letters sent by Gupta, on June 26, 2020, in which he has called for a forensic audit of the company.

The revelations by Gupta, who is credited with exposing several corporate scams, notably the alleged ICICI-Videocon quid-pro-quo loan deal involving banker Chanda Kochhar, is arguably the first instance in which an independent director has attempted to blow the lid off a financial scam in a listed Indian company.

“Related party private companies have been indiscriminately used for over invoicing, plant and machinery, procurement of cheap raw material, over billing other inputs and services to Aksh Optifibre in collusion with the chief financial partner, managing director and other directors on the board,” Gupta told Moneycontrol. 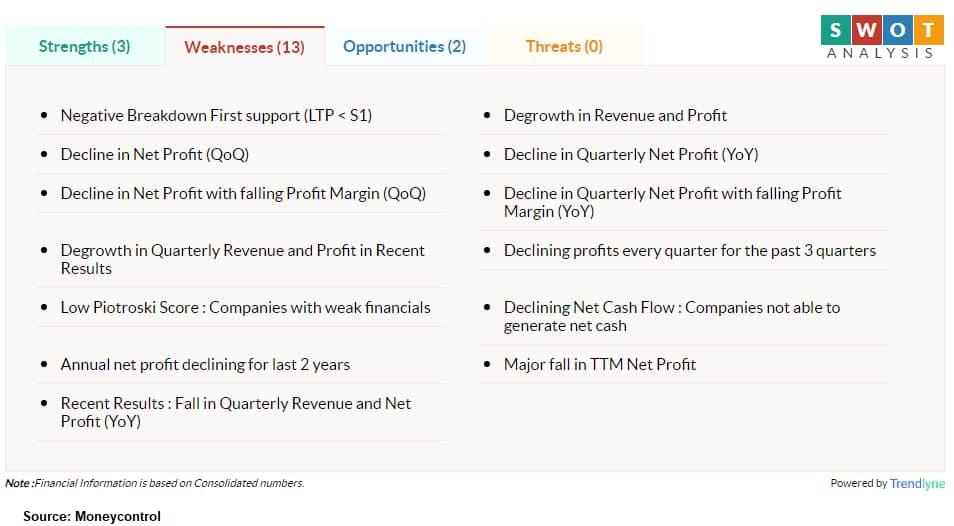 According to Moneycontrol SWOT Analysis powered by Trendlyne, Aksh Optifibre has reported degrowth in revenue and profit with profits declining every quarter for the past 3 quarters.

Moneycontrol technical rating is neutral with moving averages being bearish and technical indicators being neutral.