Startup Lessons: Why riskpreneurs are venturing into war-torn Somalia & Afghanistan

There is a breed of Indian entrepreneurs - who “see opportunity and advantage” in working in a conflict zones even as others focus on danger, difficult or both...

If someone said to you; "I visit" Somalia or Afghanistan "multiple times a year," you will be forced to wonder why?!

We all have known friends, family members or neighbors who travel periodically to destinations such as Bangkok, Bali, London, Singapore, Hong Kong, etc., but who and why, on earth, would anyone repeatedly visit trouble-torn areas of the world.

Well!! There is a breed of Indian entrepreneurs- who “see opportunity and advantage” in working in a conflict zone, says PVV Rama Raju, a former banker who played a key role in setting and scaling up two private banks in Afghanistan.

According to Raju, a conflict zone provides unique “opportunity to achieve your goals or dream positions.”

Raju, who has turned a consultant, frequently visits Kabul to provide consulting services to private banks.

Meet Sriram Sekhar, founder of My-Healthconnect, a startup that connects patients, especially for the remote area, with doctors for "medical opinion."

Sekhar has made multiple trips to Somalia this year and has a fascinating insight to share on how and why he picked this African country for gaining traction and scaling up his business. 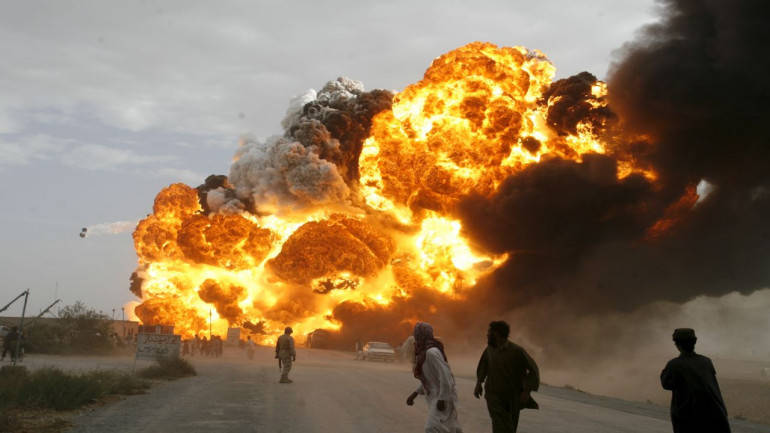 During my decade, long entrepreneurial journey: that took me to difficult areas namely, Afghanistan, Iraq, South Sudan and Haiti; I came across many Indian riskpreneurs (I prefer to call them) who took a tremendous risk to establish their venture in such trouble torn areas.

Similarly, for Sriram and Ramaraju their entrepreneurial journey pass through conflict zones of Somalia and Afghanistan.

Both the riskpreneurs concur; working in a war-torn area is a fulfilling experience.

Further, they helped me map a few lessons for entrepreneurs from their experience...

However, there is intense competition among domestic hospital to grab the market share leaving little space for start-ups such as My-Healthconnect.

Thus, Sriram was exploring ways to connect with Somalian patients.  However, “the paramount thing” on his mind was “how to establish credibility in the foreign market,” says, Sekhar.

He came up with the idea of organizing a medical camp in Somalia with Indian doctors.

Sekhar approached his portfolio of small and medium Indian hospitals with the idea, and one of them offered to send a doctor to the camp.

He then roped-in three regional doctors one each from Somalia, Syria, and Lebanon. The medical camp turned out to be “a win-win for all involved.”

According to Sriram, his start-up benefited on two counts; establishing creditability among locals and introducing My-Healthconnect platform to patients.


Ramaraju, an independent consultant argues, it is a "moral duty to impart knowledge and help in capacity building" of people in conflict zones.

He has conducted numerous training workshops for Afghans in banking and finance in the past few years.

Entrepreneurs while chalking their path, in some case, found their journey passing through conflict zones of the world.

They saw opportunity in it; while others focused on danger, difficult or both.

Above all, deeply ingrained in their thought process, is a sense of community services- that stands out prominently.

(The author is founder-CEO of AskMentor with businesses in Iraq and Afghanistan. Views expressed are personal.)