Upcoming Webinar:Join us for 'The Future Techshot' on Sept 22, 10:30am to gain insights into role of tech in streamlining businesses. Register Now!
you are here: HomeNewsBusinessStartup

Experts feel that the Government should calibrate proposed regulation on cryptocurrency industry in a manner that it does not stifle innovation in an emerging sector.

Finance Minister Arun Jaitley’s reference to cryptocurrencies in his Union Budget 2018 address, where he reiterated that these are not legal tender in India, has created an uncertainty in a seemingly nascent blockchain and crypto industry.

While some feel that the Finance Minister has just reiterated the government's previous stance on cryptocurrencies not being legal tender, the other section feels that the statement does not prevent cryptocurrency  exchanges to thrive in Indian market. A number of exchanges such as Coinome, Koinex, Zebpay, and AltCoin have started operations in India, in the recent past.

Many feel that the statement is an indication that the Finance Ministry may soon come out with a list of legitimate activities where crypto assets can be traded.

“The government does not consider cryptocurrencies as legal tender or coin and will take all measures to eliminate use of these crypto-assets in financing illegitimate activities, or as part of the payment system,” Jaitley said in his speech.

During a question hour in Rajya Sabha on Jan 2, 2018, the Finance Minister had made the exact same point where he stated that bitcoins or such cryptocurrencies are not ‘legal tender’.

While the FM clarified Government’s and RBI’s long-standing stance, the companies dealing in cryptocurrencies, seem to have welcomed the Government’s move. “This has been the position taken by almost all Governments around the world, and we regard this statement quite neutrally. It is our understanding that only currency notes and coins are legal tender. That doesn't make any comment on the ‘illegality’ of other assets. It must be emphasized that gold, stocks, bonds, and other such assets are also not ‘legal tender’. To extrapolate that to mean that such assets are ‘illegal’ is irresponsible,” Ajeeth Khurana, Head of Blockchain and Cryptocurrency Committee (BACC) under IAMAI, said.

According to Khurana the Government has, in fact, been reviewing blockchain and cryptocurrency since April, last year.

The committee, with its members, has been in constant dialogue with the Government, indicating that a conclusive framework for the industry is on way.

“We have a prepared draft on frameworks for blockchain and cryptocurrencies. We will present it to the Government soon. We support soft regulation. Cryptocurrency, per se, is not an untrustworthy medium. While some like Bitcoins work anonymously, there are private and closed group blockchains also, which the Government can control,” Khurana says.

“Cleaning up the crypto-economy is in fact a critical first step for the system to go mainstream,” Vishal Gupta, Founder and CEO of Diro Labs, a deep-tech company based on blockchain technology, said. 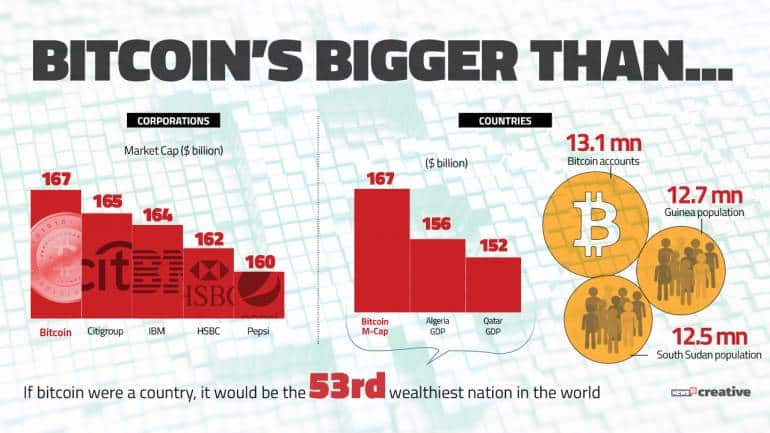 According to a research report by Ernst & Young, investors are now betting  capital onto initial coin offerings at an average rate of USD 300,000 per second across the world.

The research studied 372 initial ICOs around the world, which collectively raised USD 3.7 billion in funds, twice the volume of venture capital (VC) investment in blockchain projects.

In fact, in India, about 10 percent of all worldwide Bitcoin transactions are accounted for in India alone. The US leads the investments into the ICOs with USD 1 billion, followed by Russia and China with investments of over USD 300 million each.

“By declaring that tokens are not legal tender, India basically said you can’t use these tokens to settle debt of others as a compulsion. Basically it is not a currency. That’s a master stroke from the Budget for the blockchain world as it then eliminates a lot of regulations that could have applied to crypto,” Gupta added.

Government has also shown an inclination to use Blockchain, a fundamental technology upon which frameworks of several cryptocurrencies resides, to securely store land records and other critically sensitive data.

The Andhra Pradesh Government has also set up a Fintech Valley in Vizag for Blockchain innovation.

Sector players are willing to work with the Government to device ways to protect investment in cryptocurrencies.

Rahul Raj, Co-founder and CEO of Koinex, A multi-cryptocurrency exchange points out at the mutual funds industry and the soft regulation therein.

“The government can create a similar framework for cryptocurrencies. Blockchain nodes can be chosen, so the government can actually monitor it. We can also filter these assets in terms of credibility. We, for example, don’t allow trading of certain assets. We can work with the government in determining such caveats,” Raj of Koinex says.

In the absence of proper regulation or guidelines, industry players dealing in cryptocurrencies have voluntarily put checks and balances in place.

“We carry out proper KYC verification, and are completely compliant with Government’s Anti Money Laundering (AML) laws. We want to work with the center to identify frauds and illegal activities. Mr Jaitley’s statement is encouraging in this regard. Cryptocurrency exchanges are actually a smart way to monitor cryptocurrencies,” Nischint Sanghavi, Head of Exchange at Zebpay told Moneycontrol.

Cryptocurrencies have suffered because of regulatory uncertainties across the world.

The connections between cryptocurrencies and scams, tax evasion, money laundering and funding terrorism have raised several concerns for most countries.

A prominent example is South Korea, which previously considered shutting down local cryptocurrency exchanges. The news from South Korea threw the crypto market into turmoil and hammered Bitcoin prices, which dived about 31 percent in January.

The nation later clarified that there is no case for a ban and the government will rather regularize it by allowing only real-name bank accounts to be used for cryptocurrency trading, a move designed to stop virtual coins from being used for money laundering and other crimes.

With South Korean market jacked due to its Government’s earlier stance, investors are flocking to Japan, which is one of the early adopters of Bitcoin with the cryptocurrency declared as a credible payment method in the country.

The country is now the world leader in Bitcoin trading, accounting for 40% of the global total of transactions.

While India's wallet players such as Mobikwik have been asking for regulation on the crypto market, experts feel otherwise.

"Whilst this approach (by government) represents an initial policy response to the potential risks related to crypto currencies, the Government should calibrate proposed regulation in manner that the regulation does not stifle innovation,” said Naresh Makhijani, Partner & Head, Tax, Financial Services KPMG in India.