Mitessh Thakkar of mitesshthakkar.com is of the view that one can sell Adani Ports and Bhushan Steel and can buy Ashok Leyland.

Mitessh Thakkar of mitesshthakkar.com told CNBC-TV18, "I have two calls. Adani Ports is a sell. Keep a stop loss at Rs 401 and look for targe of Rs 386 and below that I think further correction can happen."

"One on the buy side, Ashok Leyland has kind of managed to escape the entire mayhem. It is still trading at all-time highs and just recovered from a negative opening today as well. I would buy with a stop loss at Rs 131 and look for target of Rs 144."

"Bhushan Steel very clearly has been reacting to a lot of news. What it has done in the recent past is that it was doing a range of about Rs 77 to about Rs 60, it has broken on the downside. I would suggest exiting at current level or maybe on a mild rally to about Rs 55-56. I think getting past Rs 60 again would be a tough job and this stock could possibly taper down to levels of about Rs 40 which is also this week’s low."

"So, the odds of going down are much higher, the risk on the downside is much higher. So exit at current level or maybe on a mild bounce back."

"I was quite bullish on Wockhardt around Rs 800 levels odd and then it went to Rs 1,000. I still thought it will go higher, but the trend has reversed. In the short term, no, but it is still a good bet to accumulate once we get slightly lower levels and those levels would be close to about Rs 680-650. I think in case you get slightly lower levels and correction, in fact this week’s low is around Rs 693, I think close to about Rs 680-650 would be a good entry zone." 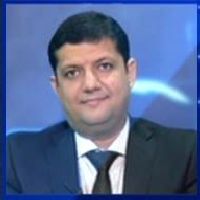 Mitessh Thakkar
miteshthacker.com
"The long term entry charts are now showing that some kind of low has been made, we have not had a very strong reversal, but the drift is on the upside,"  he said.
CNBC-TV18
Tags: #Adani Ports #Ashok Leyland #Bhushan Steel #share market tips #share tips #Stock tips #stocks tips #Stocks Views #Wockhardt
first published: Feb 9, 2018 12:36 pm