Starting with the all-new Verna set for launch in August, Hyundai will in mid-2018 roll out a new model positioned between hatchbacks Eon and Grand i10.

Aiming to defend its standing in the Indian market, Korean car maker Hyundai is aggressively lining up a slew of new launches. Starting with the all-new Verna set for launch in August, Hyundai will in mid-2018 roll out a new model positioned between hatchbacks Eon and Grand i10.

Another new launch will be a sub-4 metre compact sports utility vehicle (SUV) that will take on the Ford EcoSport and the segment best-seller Maruti Suzuki Vitara Brezza.

The cars are part of Hyundai's eight-car launch strategy which it firmed up before the turn of the decade.

Hyundai aims to plug the gap created by the discontinuation of Santro and i10 models with this new compact hatchback.

In fact, the company is contemplating branding the new model as Santro given the huge fan-base the model enjoyed during its production run. The Santro competed against the Wagon R, which for Maruti Suzuki is the fourth-highest selling model. According to people privy to the developments, the company is yet to take a call on naming the new car as Santro. 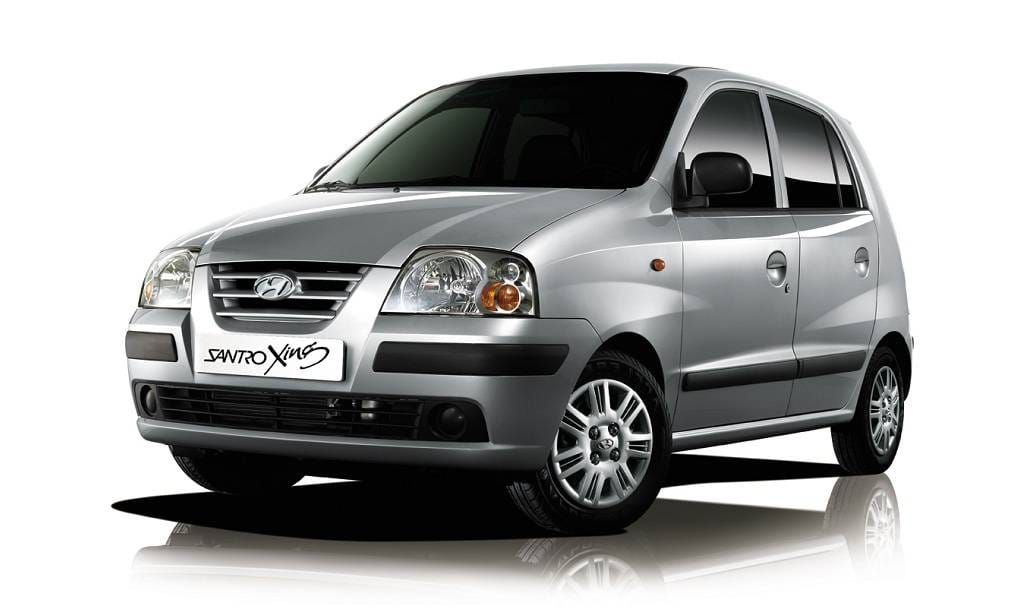 “The new Santro is on track and would be launched perhaps in the second half of next year. The car could carry forward the old brand name but the model itself would be refreshingly new,” said another person privy to developments in the auto industry.

Hyundai India’s existing entry-level product Eon, which was slated to go off showrooms, will be given a new lease of life in 2019. The company had initially explored the idea of phasing out the model to vacate production capacity.

“All existing models will have to be upgraded to meet the crash test norms set to kick in in 2019. Hyundai was initially not so keen in upgrading the Eon due to its low margins. However, given the 5,000-6,000 units sales every month the Eon will be upgraded also,” said an industry source. Existing Grand i10, Elite i20, Creta and Xcent will too undergo an upgradation to meet the new norms in 2019.

The company has lined up Rs 5,000 crore into new product development and raising of production capacity in India. It is targeting annual sales of 1 million units by 2021, which is nearly double compared to its sales clocked in 2016-17.

Hyundai India is following the market leader Maruti Suzuki and Japanese giant Honda into revamping its product portfolio. While Maruti is aiming to double sales to 3 million units by 2025 powered by a number of new models Honda is trying to consolidate its leadership in the premium mass segment through constant product upgrades.