The new rates will be effective from February 10.

According to the bank's official website, the new rates will be effective from February 10.

SBI has cut FD rates across all tenors except for those with a maturity period of 7-45 days.

The website noted that the proposed rates of interest shall be made applicable to fresh deposits and renewals of maturing deposits.

Below is the complete list of revised rates on retail domestic term deposits below Rs 2 crore. 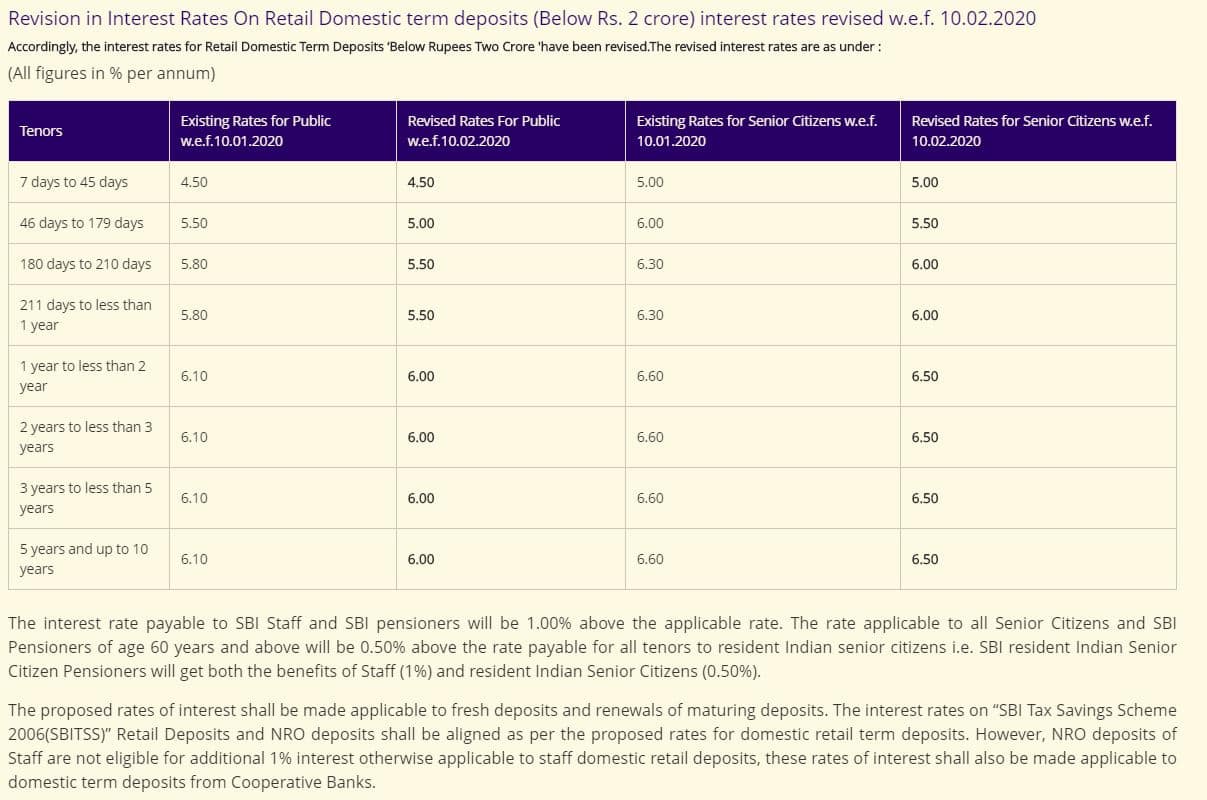 The country's largest lender announced a 5 basis points reduction in its MCLR across tenors, effective February 10, which made it the ninth consecutive cut in marginal cost of fund-based rate (MCLR) by the bank in the current fiscal.

With this reduction, the one-year marginal cost of fund-based rate (MCLR) has come down to 7.85 per cent per annum from 7.90 per cent, a bank statement said.

The reduction in MCLR by the bank comes a day after the Reserve Bank of India (RBI) left the repo rates unchanged at 5.15 per cent but announced long-term repo operation for up to Rs 1 lakh crore, making cost of funds cheaper for banks.

It slashed term deposits rates by 25-50 bps in the bulk segment.

"The impact of recent RBI policy measures and reduction in deposit rates will be reflected in the next review of MCLR," the bank said.

(With inputs from PTI)