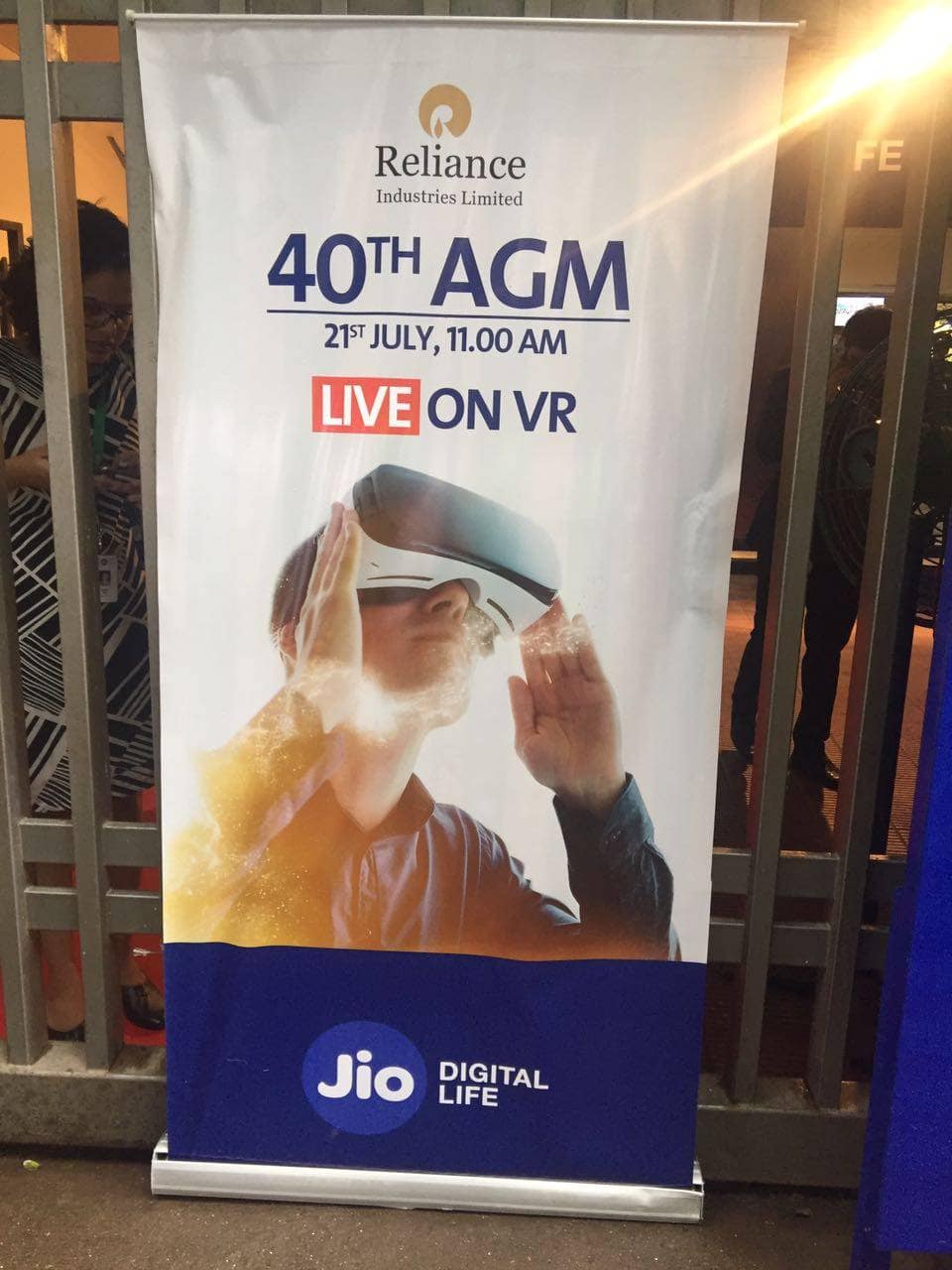 The RIL AGM is being broadcast live in 360 degree VR and those owning a VR headsets and compatible smartphone can watch it in Virtual Reality.

A livestream of the announcements can also be found on Jio’s Facebook page.

Many are expecting a host of new announcements related to Reliance Jio- ranging from new tariff plans, new Jio services and the much-awaited Jio 4G phone besides the announcement of Jio’s new Fiber-To-The-Home broadband network.

Reliance’s telecom venture Jio is responsible for massive disruption in the India telecom sector and upcoming announcements heighten the excitement for this year’s AGM.