The up-gradation work of the Delhi Cantt Railway Station is expected to be completed in 30 months from the award of the tender.

The new station building will address the existing issues as it will not only facilitate planned pickup and drop but will also regulate entry from both sides of the station, RLDA sources said.

The Rail Land Development Authority (RLDA) has invited a Request for Proposal (RFP) for the redevelopment of the Delhi Cantonment Railway Station. The station will be redeveloped for Rs 335 crore and work is expected to be completed in 30 months from the award of the tender, RLDA sources said.

It may be noted that the Delhi Cantt railway station was built in 1914 and used to serve primarily the cantonment area. With time, people settled around the army premises resulting in increased footfalls. The station needs a revamp to meet the renewed demand.

Local residents said that the station lacks proper walkways and people cross the tracks to reach the platform. While there stands a renovated building attached to platform 1, the station has no fencing from the platform 4 side, thus exposing the station area to nearby shanties and vegetable markets, they said. "People coming from the side of Nangal Raya have to cross tracks to reach any platform. E-rickshaws too have wreaked havoc on the entry road for platform 1 as they kept parked on the road looking out for passengers, thus causing congestion and creating a jam-like situation," said a local resident.

The RLDA sources said that the key objectives of station upgradation are to provide best-in-class amenities to passengers and enhance their travel experience. The scope of work shall broadly cover major upgradation of the railway station, including but not limited to, undertaking civil and Mechanical-Electrical-Plumbing (MEP) works for in and around station complexes. 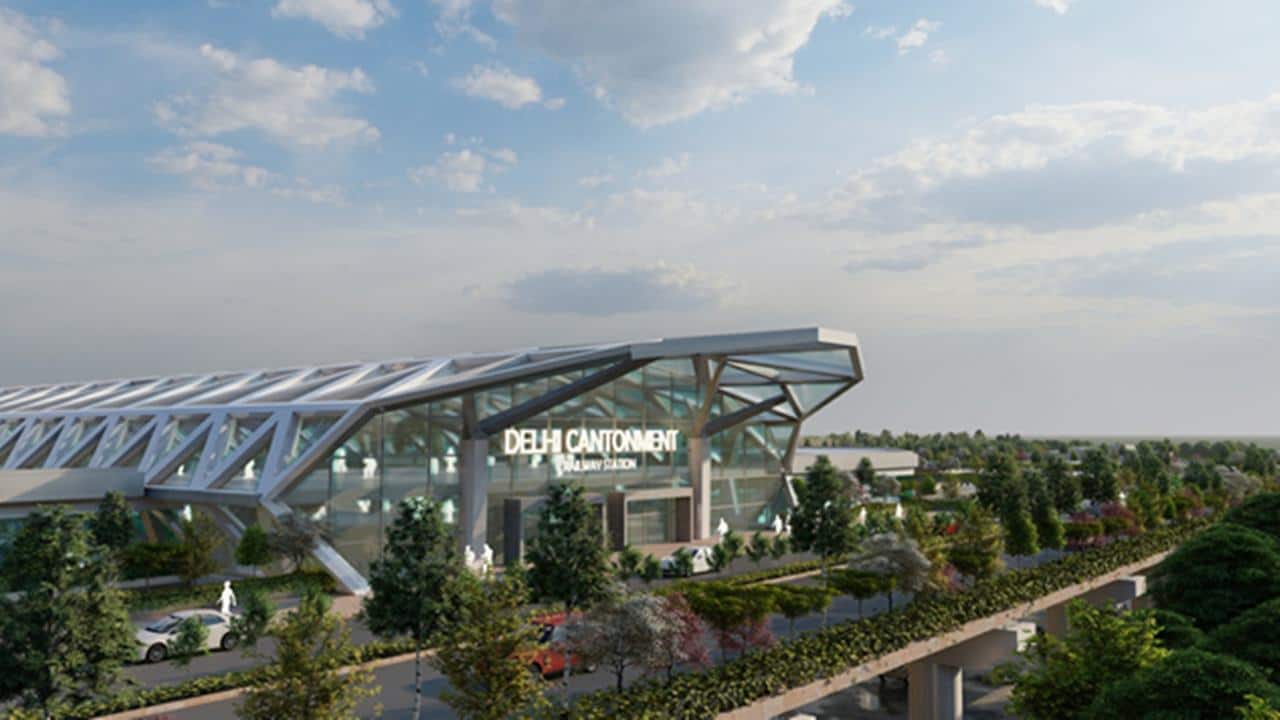 The new station building will address the existing issues as it will not only facilitate planned pickup and drop but will also regulate entry from both sides of the station, RLDA sources said.

“The upgradation of the Delhi Cantonment Railway Station is conceived as a modern building project. The objective of the upgradation is to ensure a convenient and comfortable travel experience for passengers. We will also focus on creating easy accessibility to the station, adequate parking facilities at the station premises, and multimodal integration wherever possible with existing and future infrastructure systems. Separate arrival and departure areas will also be developed for ease of passengers,” said Ved Parkash Dudeja, vice chairman, RLDA.

As part of the redevelopment, the station would have separate arrival and departure areas for passengers, adequate parking facility, and universal access for better and easy movement.

The new building is likely to have escalators, lifts, food and retail shops, internal Spaces with no hidden/dark corners, CCTV surveillance with coverage up to 200m, skylight integration into the roof for maximizing daylighting, and sewage treatment plant for recycling water collected from the roof and tracks, said the RLDA sources.