Budget 2020: Reforms must to spur recovery in the real estate sector

The upcoming Union Budget 2020-21 raises expectations of holistic development through long-term solutions designed to stimulate demand across the industry, including real estate

In line with its ambitious goal of making India a $5 trillion economy by 2025, the government needs to strike a fine balance between ease of doing business and ease of living. Recently introduced reforms such as reduction in corporate tax and rollback of surcharge for foreign portfolio investors (FPIs) have acted as a business sentiment booster, especially for the real estate sector.

The upcoming Union Budget 2020-21  raises expectations of holistic development through long-term solutions designed to stimulate demand across the industry, including real estate.

Some of these expectations are listed below: 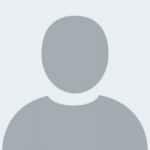 Creation of a special purpose vehicle (SPV) to purchase assets from NBFCs would go a long way in providing these entities headroom to lend, considering that they are critical for last-mile funding.

ECB norms should be relaxed for Housing Finance Companies (HFCs): Current norms state that it is mandatory to have a capital of more than Rs 300 crore and a track record of a minimum of five years. Since a majority of the HFCs catering to the affordable housing segment are relatively new, the norm can be relaxed to ease capital penetration to the affordable segment. The budget should widen the ambit of ECBs for construction finance to a broader range of housing (not limiting it to low-cost/ affordable housing).

Government encouragement to states to provide land at subsidized rates and increase FSI would go a long way in boosting affordable housing.

It should also look at a lower/ waive off stamp duty for home loans of up to Rs 10-15 lakh for the LIG/EWS segment across the country.

For MIG I and MIG II categories, CLSS norms related to household income and eligible housing loan amount should be relaxed:

The sunset clause needs an extension, especially in the midst of the anticipated impact of automation and technology on the IT sector. Withdrawal of any tax incentives from SEZs might hit exports and job creation. The incentives can be phased out in a truncated manner; for instance, reduce incentives from 100  percent deduction to 75 percent and so on.

Income tax credit should be restored  The developer community is seeking 100 percent ITC as granted with 12 percent tax. However, a 5 percent GST with no ITC means input prices might increase, which will eventually be passed onto buyers.

Cement (28 percent) and steel (18 percent) should attract a lower GST. One of the reasons why the government has kept materials, such as sand, granite, bricks etc., in the 5 percent bracket, but kept cement in the 28 percent bracket is the widespread use of cement in government-led infrastructure projects. Cartelization of cement and monopoly of prices by leading cement companies has been a major concern for the government. The government is also concerned that a tax cut could result into reduced revenues, even as there will be no surety on input tax credit (ITC) being passed on to buyers. Hence, it is recommended that the government bring out specific guidelines on setting prices and transfer of ITC for the cement industry and reduce the GST on cement to 18  percent or even lower.

Infrastructure status
While infrastructure status has already been granted to affordable housing and logistics, it should now be extended to integrated townships and the entire real estate sector, especially post the implementation of RERA and other structural policy reforms.ConclusionThe government has remained quite pro-active in stemming the effects of a manufacturing and consumption slowdown by addressing liquidity challenges faced by NBFCs and banks as well as by easing investment inflows into the country.

However, it now needs to back up these measures by boosting consumption across the country. One way of doing this could be by boosting employment through schemes such as MGNREGA and by providing incentives to SMEs and MSMEs. Also, push for execution of large-scale infrastructure projects would not just encourage investment inflows, but would also boost job creation.

Further, an increase in fund allocation is critical to boosting rural consumption; this would boost village economy and raise incomes, particularly of small and marginal farmers.