An average life span of a metro train is about 30 years, and the trains procured during Phase-I, from 2002-2007 have already completed 14-19 years of their overall life span

Delhi Metro on November 29 unveiled its first refurbished train that was pressed into service almost 14 years ago. This endeavour is part of a special drive undertaken by DMRC to refurbish all the 70 Metro trains which were procured  during the first phase between 2002 and 2007 and have already completed 14 to 19 years of their overall 30-year life span.

The plan is to complete refurbishment of the first set of 10 trains by September next year, a senior DMRC official said

"As part of this mid-life refurbishment, the trains are being retrofitted/modified with many new features in order to bring them at par with the rest of the trains which were subsequently introduced into service as part of DMRC’s Phase-II and III expansion," said Anuj Dayal, executive director, DMRC's Corporation Communications.

The senior DMRC official said that in the next 10 months, the plan is to refurbish one train per month, and complete the retrofitting and upgrade of the first set of ten trains by September 2022.

Initially, out of the 10 trains, a set of seven are being refurbished at DMRC's Yamuna Bank Depot and three trains at Shastri Park Depot, he said.

"We have unveiled today the first refurbished train which was introduced into service in 2007. The upgrade process took about two years. An average life span of a metro train is about 30 years, and the trains procured during Phase-I, from 2002-2007 have already completed 14-19 years of their overall life span," he said. 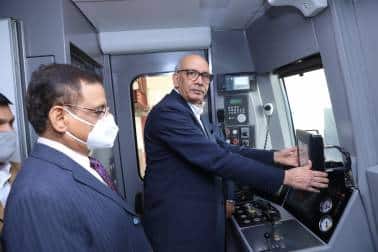 The major works which are being undertaken through this refurbishment drive include retrofitment of floors, repainting of saloon and cabin interior panels, installation of electrical panels. The train will be equipped with LCD display, fire alarm system, CCTV cameras inside and outside coaches and inside the train operator's cabins. Emergency buttons, charging sockets for mobile phone and laptops have also been installed in the refurbished coaches. 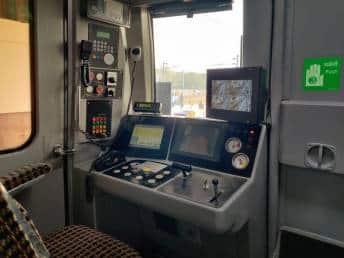 This present refurbishment exercise is known as ‘mid term rehabilitation’ which comes after 15 years. It is termed as half of design life of a coach/train which is 30 years.
Moneycontrol News
Tags: #DMRC #metro #Real Estate #refurbished trains
first published: Nov 29, 2021 05:15 pm