A built-to-suit student housing facility can offer yields of around 14%: Your Space

As per estimates, the student housing market is expected to see a compounded annual growth rate of 38 percent to Rs 2,400 crore until 2020

At a time when the residential market in India is gradually looking up, especially the ready-to-move-in, and the commercial segment is eagerly awaiting the launch of the first real estate investment trust (REIT), student housing offers opportunities both to those who have the appetite to invest and developers who could bank on it as a lucrative rental yielding revenue stream.

Currently, there are several players in the student housing space who have entered the market knowing fully well that there is huge demand but lack of supply. These include Your Space; Oxfordcaps which offers premium student housing facilities in Delhi NCR and is headquartered in Singapore; Stanza Living that managed to raise $10 million a few days ago in a Series A round led by venture capital firm Sequoia Capital, Zolo, CoHo, Ziffy Homes and others.

As per a report by Federation of Indian Chamber of Commerce & Industry (FICCI) and JLL India, titled, 'Future of India Real Estate: Deciphering the Mid-term Perspective', student housing has the potential to yield more than 12 percent returns vis-a-vis the core commercial sector in which returns remain rangebound between 7 percent and 10 percent.  This sector is expected to see a compounded annual growth rate of 38 percent to Rs 2,400 crore until 2020. It is currently worth Rs 1,267 crore. The sector is still at a nascent stage with the top 15 players dominating the organised space. They cumulatively operate around 84,500 beds and plans to grow to 1,60,000 beds by 2020.

This segment is largely part of an unorganised market. Student housing players generally charge on a per bed basis with a host of facilities such as food, WiFi, laundry, security, gymnasium, leisure activities, independent kitchenettes, food delivery and even shuttle services to colleges thrown in. It was almost three years ago when Your Space co-founders Shubha Lal, Karan Kaushish and Nidhi Kumra forayed into the student housing space. They started out in 2016 with their maiden project in Greater Noida and today operate facilities across 11 cities.

“After raising almost a million dollars in funding from angel investors and high net worth individuals, we decided to expand our market and now operate across 11 locations. We follow an agile and lean business model that allows flexibility to quickly adapt to new market trends and demands,” they told Moneycontrol.

The model: The company partners with property owners and developers on a fixed lease, revenue-sharing, or management contract basis, for a period of 5-12 years. It remodels and redesigns the properties according to students’ needs, factoring in services.

The company has opened seven new co-living facilities across Delhi NCR, Mumbai, Chandigarh, Jalandhar, and Pune owing to growing demand for standardised and quality student accommodation around universities and colleges. It has launched student housing facilities in new locations that included Mumbai, Pune, Jalandhar, Chandigarh and Noida.  “We started with 77 students and now have 300. This year, we are looking at 1,200 students,” they said.

They are currently working on a facility in Chandigarh for a coaching institute. Cities in the pipeline include Bengaluru, Indore, Jaipur, Hyderabad, Kota and Lucknow. They also plan to continue expanding their existing infrastructure.

“In Delhi, we currently have three properties with 50 beds. Noida property has 80 beds and another has 200 beds. The number of beds varies according to the location and the size of the plot. In Pune and Jalandhar, we have 180 and 160 beds, respectively,” they said. 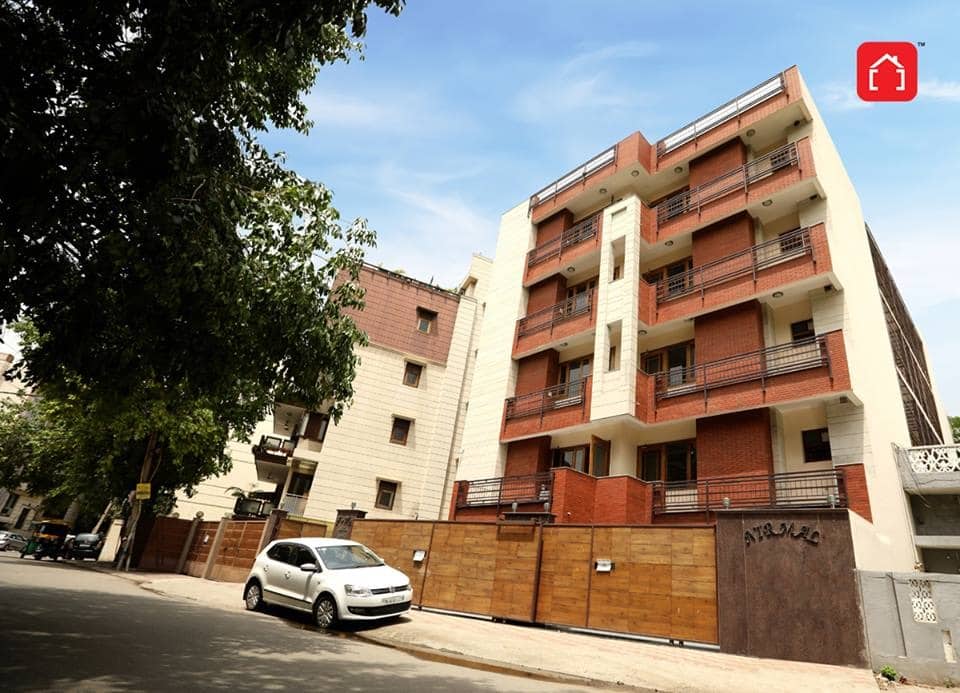 Your Space charges anywhere between Rs 12,000 to Rs 25,000 per bed depending on the city and location. It also matches flatmates by pairing same colleges or same courses through an app.

The challenges
“It is ultimately a brick and mortar business and certainly not easy. We faced several operational challenges while starting out,” they said.

"The foremost struggle is to find the right kind of supply, the right location – one has to be within a certain radius of an institution. As most universities are now located in expensive and exhausted real estate markets, finding the right property and offer student housing at a reasonable price can become challenging," they stated.

It is often difficult to get buildings as per specifications. “It is due to this reason that we even decided to tie-up with builders. The way to get around to this problem was that if you cannot find buildings get somebody to build for you, get the right sized building that makes sense for you financially. Therefore, we have now decided to get larger buildings that are built to suit. Developers, especially those working on redevelopment projects or for that matter distressed assets, are now open to the idea as they get a pre-leased asset in return," the co-founders of the student housing company explained.

REITS and student housingCo-founders of the company don’t see REITs for student housing hitting the market before the next five years. “The market is gradually getting organised. The built to suit is going to get to the REIT model eventually. In the long run, this model could actually provide more yields than a conventional real estate asset – it could even offer 14-15 percent,” they said.

Does that make student housing a lucrative option for investors? It’s a win-win for both parties. An investor gets to pre-lease a property or is assured of confirmed rentals even before the property is ready. Also, the investor generally signs a lease with the company on a long term basis.

Of late, the company is receiving queries from a pool of investors who are willing to invest in one bedroom apartments which they would run for them.

“Now a pool of investors have expressed their willingness to individually invest in one BHK apartments built to our specifications and have asked us to run the facility. Such assets could well be REIT-able five years from now. These would also provide higher and sustainable returns than a residential market. It is also worthwhile to note that due to this reason the yield of a property in Shakti Nagar is often higher than a yield of a similarly sized property in Greater Kailash because the former has been built-to-suit as a hostel. That is where optimisation of space comes in,” the co-founders said.