The Reserve Bank of India (RBI) has retained the GDP growth of 10.5 percent for the fiscal year 2022 and said global growth is gradually recovering from slowdown but remains uncertain. In the last policy review, the RBI had projected the FY22 GDP growth at 10.5 percent.

Growth is severely hit due to the onslaught of COVID-19 which impacted the supply chains and broke the back of small businesses. "World output is projected by the Organisation for Economic Co-operation and Development (OECD) to reach its pre-pandemic level by mid-2021, though it will be largely contingent on the pace of vaccine distribution and its efficacy against emerging variants of the virus," Shaktikanta Das, Governor of RBI said. 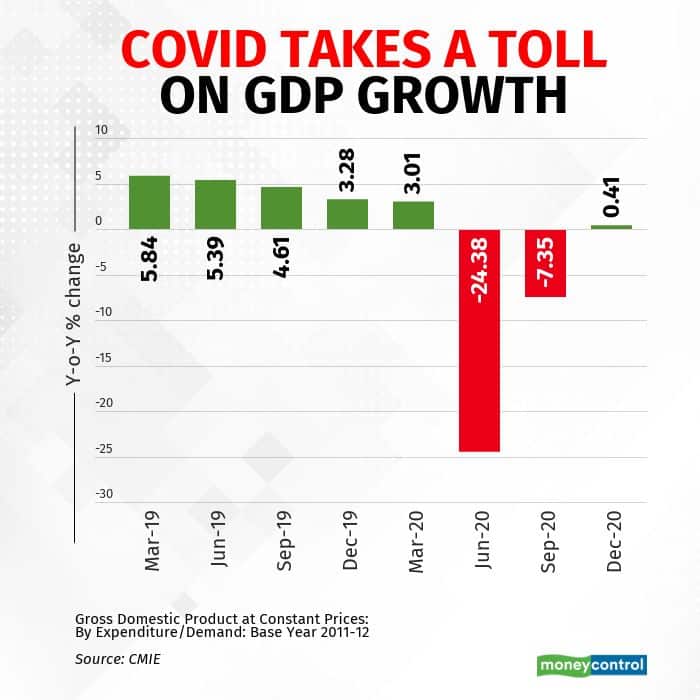 The Government and the central bank have announced a series of measures to counter the COVID-19 -impact on the economy. While the Government announced a COVID-19 package last year that primarily consisted of various loan schemes at discounted rate of interest, the RBI announced at least Rs 12.7 lakh crore worth of liquidity measures to avert a shock in the financial system.

These included a six months moratorium on all term loans and a provision for one-time loan restructuring for COVID-19-hit borrowers. These measures have indeed helped to alleviate the impact of the pandemic on the real economy but multiple sectors, especially service oriented segments, are yet to recover from the COVID-19 impact.

The focus of the Union Budget 2021-22 on investment-led measures with increased allocations for capital expenditure; the expanded production-linked incentives (PLI) scheme; and rising capacity utilisation (from 63.3 per cent in Q2:2020-21 to 66.6 per cent in Q3:2020- 21) will reinforce the process of economic revival.

Firms engaged in manufacturing, services and infrastructure sector polled by the Reserve Bank in March 2021 are optimistic about a pick-up in demand and expansion of business activity into financial year 2021-22.

The recent surge in COVID-19 infections, however, adds uncertainty to the domestic growth outlook amidst tightening of restrictions by some state governments.

Growth scenario remains weak. The Index of Industrial Production (IIP) contracted by 1.6 percent in the month of January, as per the data released by MoSPI. Similarly, the manufacturing PMI fell to a seven months low in March.

According to the monthly IHS Markit India Manufacturing Purchasing Managers’ Index (PMI) survey released on April 5, manufacturing PMI stood at a seven-month low of 55.4 in March, down from 57.5 in February. In PMI parlance, a print above 50 means expansion, while a score below that denotes contraction.

"In India, we are now better prepared to meet the challenges posed by this resurgence in infections," Das pointed out. "Fiscal and monetary authorities stand ready to act in a coordinated manner to limit its spillovers to the economy at large and contain its fallout on the ongoing recovery."

In the last policy review, the RBI had said that with the beginning of the vaccination drive, economic growth is likely to pick pace. Also, RBI pointed out the consumer confidence is reviving and business expectations of the manufacturing sector are upbeat.
Moneycontrol News
TAGS: #Business #Current Affairs #GDP #manufacturing #RBI
first published: Apr 7, 2021 10:28 am