172@29@17@136!~!172@29@0@53!~!|news|business|personal-finance|national-pension-scheme-tips-to-claim-benefits-1385233.html?utm_source=MC_OpeninApp!~!news|moneycontrol|com!~!|controller|infinite_scroll_article.php!~!is_mobile=false
Subscribe to PRO at just Rs.33 per month. Use code SUPERPRO
you are here: HomeNewsBusinessPersonal Finance

Arnav Pandya analyses benefits of National Pension Scheme (NPS) and advises one to remain worry free as the process of investing is more important.

The National Pension Scheme (NPS) is an option that a lot of investors can make use of but there are doubts among several investors about the manner in which the benefit can actually be claimed. One of them pertains to the conditions when the benefit can be claimed and whether this exists even if they are contributing to the fund outside of employment.

Here is a look at the entire issue and why the individual should remain worry free on this front as the process of investing is more important and once this is done the other conditions will follow.

Two ways to contribute
One of the ways in which an individual contributes to the NPS is when the employer ensures the enrolment as a part of the overall process that they have undertaken wherein all employees are covered under the requirements. This would mean that there is no provident fund that is actually present for the individual when they are actually working but the amount is actually going into the NPS account. This will result where the NPS is the main area for the funds being directed. The other way is actually where the individual is running the account on their own so that there is no contribution as far as the employer is concerned because there is no employer in the picture. Here the entire contribution comes just from the individual and it could be that the person is not an employee somewhere but is self employed or a professional. There are a lot of such people who would want to make use of the facility of the NPS. 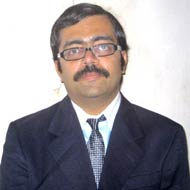 Overall benefit
The first point to understand is that the benefit of the NPS consists of the deduction that is available to the individual when they make their own contribution to the fund. This is the basis on which the entire working is based so the individual will have to consider this factor when they are looking for the actual amount that they can claim. If it is the case where they are contributing an amount and so is the employer then they would need to see their own contribution and this should not exceed 10 per cent of their salary. If they are contributing just on their own then the figure that they are actually giving would need to be taken into account and this will meet their requirement. There is an overall limit of Rs 1 lakh for contributions under eligible investments for Section 80C, pension fund contributions (Section 80CCC) and contribution to NPS (Section 80CCD). The key point here is the amount that actually goes into the NPS would have to be brought into the calculations.

Actual calculation
The manner in which the actual benefits have to be considered is to actually look at the amount that is invested in the instrument during the year. This is a one time benefit in the sense that if say Rs 80,000 is invested then subject to the other limits this figure would be allowed as a deduction for the individual. There is earning on this amount that will be present after the investment and which will be added to the account over the life of the investment but this is not to be taxed at the present moment. This does not mean that the amount is tax free because the way in which this will be taxed is at the time of receipt. When the individual actually gets a pension from the account then the amount would be taken as income of the person and added to their income as required. This is the manner in which the entire taxation of the amounts takes place and this is different from the public provident fund where the interest is actually tax free. Here there is just deferment of the tax aspect till the amount is received.