Selected Articles from
Financial Times on Moneycontrol Pro
Webinar :Register now for webinar on 'Trade BankNifty in just 15 minutes a day' - By Asmita Patel
you are here: HomeNewsBusinessPersonal Finance

Is verification of originals for PAN a step back?

A simple notification was released by the CBDT which said original documents would be required for verification while applying for PAN Card in India from 3rd Feb 2014.

Obtaining a PAN card is surely the simplest of processes as of today. The whole process is online, starting from filing up the data, payment of fees and generation of PAN acknowledgement. The online generated PAN Acknowledgement is required to be posted along with Proof of address and identity.

There is no requirement to get the application verified physically with the original documents, as the photocopies of the documents are good enough for the processing.

But, come 3rd February 2014, the whole paradigm of PAN processing in India would change.

On the 24th January 2014 the CBDT (Central Board of Direct Taxes) issued a notification, which could be termed as a game changer.  A simple notification was released by the CBDT which said original documents would be required for verification while applying for PAN Card in India from 3rd Feb 2014.

What made the CBDT change this rule?
To some extent this is true, the authentication of the documents submitted as proof for PAN application was not given due attention, as PAN Cards were issued to each applicant without any restriction.

Taking undue advantage of the reluctance of the IT department, it was easy to curb ones tax liability. As there was no verification of original documents submitted as proof, getting 2 PAN Cards in the name of a single entity was child’s play for an evil mind. Then everything was set, using one PAN Card for filing of ITR returns and other legal compliances. Whereas another was used for conducting transactions, this gave birth to a whole lot of Black Money. 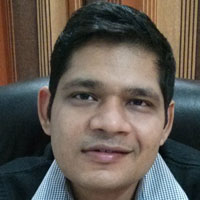 This amendment may help to reduce PAN based frauds in future. But what about the existing PAN Cards that are forged?

We agree that in countries like USA and Australia verification of documents is required for issuing social security numbers and tax numbers but India is not the same as, we have a population of over 70% residing in rural areas. Some people in the rural areas don’t even know there birthdates, forget about having a proof.

To conclude
This is certainly a step back to the old system, which will bring in bottle-necks and unnecessary delays. The CBDT should have thought it well before implementing it, as clarifications on many account is required. Attested documents from competent authorities could be an alternative option.