In the present scenario, risk-averse investors prefer FDs (fixed deposits) of banks due to the safety and assurance of returns. Despite falling interest rates, there are some small private banks offering higher rates. These banks tend to top the rate chart on fixed deposit rates, given the competition they face in garnering deposits. However, you should do a thorough risk assessment and due diligence of the bank before investing in FDs. 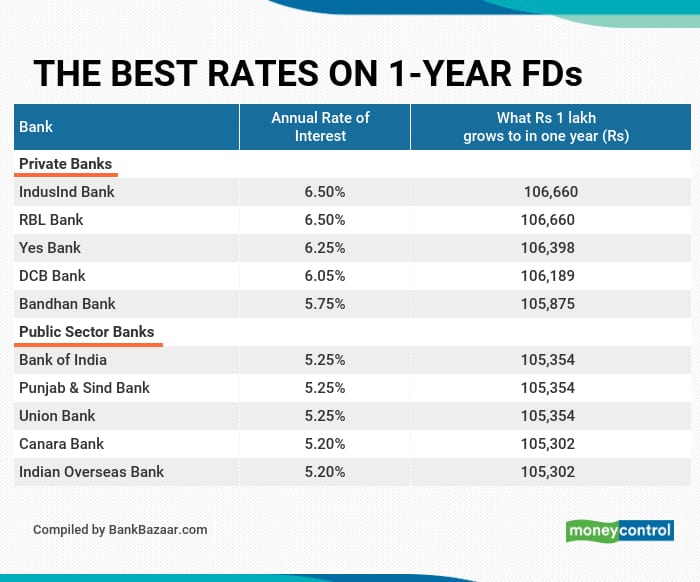 The data on FDs is as on March 31, 2021, as given in the respective banks’ websites. Interest rates of all listed (BSE) private banks and foreign banks considered for data compilation. Banks for which verifiable data is not available are not considered. The minimum investment amount may vary depending on the type of the term deposit account. For all FDs, quarterly compounding is assumed.
Moneycontrol PF Team
Tags: #banking #fixed deposits
first published: Apr 13, 2021 03:08 pm