Don't ignore these five factors while taking a gold loan

Gold loans are now gaining popularity in cities too and both banks and NBFC are offering gold loans. Depending on your need - lower interest rates, faster loan disbursal, you should choose the lender.

Gold loans have for long been an easy means of obtaining finance in India, as most households in the country invariably have the yellow metal as an asset which can be given as a collateral. However, the popularity of gold loans increased during the latter part of last decade when Kerala-based specialised gold loan NBFCs like Manappuram and Muthoot Finance spread their wings to other parts of the country. Thereafter, banks also started popularising this product and started marketing gold loans aggressively.

However, gold prices have been fluctuating considerably in the recent past. Further, RBI has come down severely on gold loans by both banks and NBFCs by imposing several restrictions in terms of interest rate charged and the Loan to Value (LTV) which can be given. Gold loan NBFCs which were earlier allowed to lend upto 85%-90% of the gold value could lend only upto 60%. 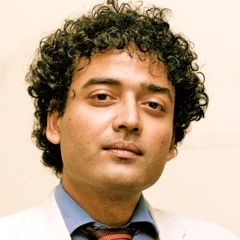 Purpose and tenure of loan: Gold loans are generally short-term loans, with maximum tenure generally being 12 months. Hence you must borrow only if you are sure you can repay during this term. Else, your gold may be auctioned by the lender. Also, it is not advisable to take a gold loan for speculation or for other risky purposes.

Interest rates and other charges: Interest rate on gold loan is generally higher than other forms of loan, especially if taken from a NBFC. Hence, explore if you can meet your needs from other sources. If not, you can take a gold loan, but remember to repay it within the specified tenure. Also consider other charges such as processing fees and prepayment charges when you take a gold loan.

Loan amount:The maximum amount of loan varies from one lender to another, with NBFCs usually having a higher range of loan amounts. Product variations are also higher in an NBFC. Remember that you will not receive the entire value of gold as a loan, as the lender retains a margin amount. Understand the valuation methodology adopted by the lender, as this also determines the amount of loan you can avail.

Understand repayment terms:Repayment structure differs depending on the lender. Some lenders allow payment of principal at the end of the tenure, while some require repayment in the form of EMI, where both interest and principal are repaid during the loan tenure. Enquire these details before you finalise the lender.

Which is better - a bank or a NBFC for a gold loan?

Popular in rural areas earlier, gold loans have now started gaining popularity in cities as well. As a result, options for borrowers have increased. Although specialised NBFCs dealing with gold loans have been the preferred choice for borrowers, banks have also started offering this product since the past few years.

Earlier, NBFCs could offer a higher LTV. The RBI notification last year specifies that both banks and NBFCs can offer a LTV of 75% of the value of the loan. Thus there is no difference in this aspect. However, the following are some main points of differentiation between NBFCs and banks:

On the other hand, loan disbursal is much faster in an NBFC, when compared to a bank.The level of documentation is also lesser in an NBFC, with most NBFCs asking for Know Your Customer document only.

Many NBFCs allow borrowers to repay only the interest during the loan tenure and repay the principal at the end of the tenure. However, in a bank, both interest and principal need to be paid regularly. Also, NBFCs generally do not charge a prepayment penalty, while many banks charge this as a percentage of the outstanding loan.

The choice of a bank or an NBFC for your gold loan depends largely on your circumstances and requirements. If you are keen on paying a lower interest rate, then it would be advisable to choose a bank or a product from a NBFC which carries a lower interest. On the other hand, if you do not mind a higher interest, but are keen on faster loan disbursal and simpler documentation, an NBFC can be your choice.

Comparison of Gold Loans offered by leading NBFCs and banks: