From being laggards for many years, infrastructure funds have been the best performers so far in 2021. Budget 2021 proposals has re-energised them

Infrastructure mutual funds (MF), which invest exclusively in the shares of companies within the theme, have seen a sharp reversal in fortunes in the past few months. They have emerged as the best performers in the equity MF space on a year-to-date (YTD) basis, surging by about 16 percent during the timeframe.

The best fund in this category has almost doubled its net asset value (NAV) over the past year, data from Value Research shows. These funds had been laggards in past market rallies and had underperformed sectoral, thematic as well as market-cap oriented MFs. The S&P BSE India Infrastructure index hit its 52-week high intra-day on March 8 this year. 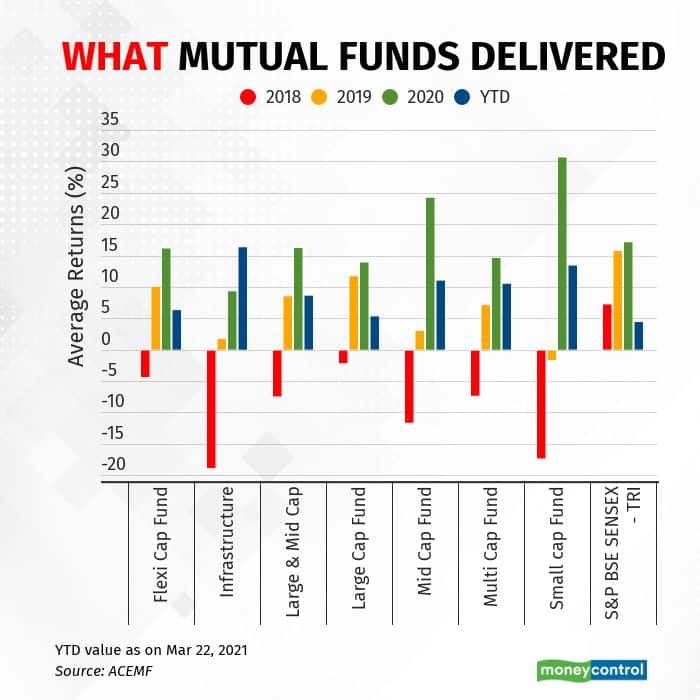 Budget 2021 has re-energised these funds. “The capital outlay for infrastructure projects has gone up significantly in the budget,” says S Krishnakumar, chief investment officer-equities, Sundaram MF. “NHAI (National Highways Authority of India) has been quite aggressive in awarding projects. Tendering activity has almost doubled and lot of investments are happening in railways and water supply projects,” he says.

While capital expenditure has increased by 26 percent, the cumulative budgetary support for roads and highways has gone up by 16 percent and for metro projects by 193 percent. “Changes in earnings are more pronounced in cyclical sectors,” says Sanjay Dongre, executive vice president and senior fund manager, UTI MF. “Allocation to cyclical oriented sectors (by MFs) is far higher. Hence, infra (oriented mutual) funds are witnessing good appreciation in NAV in the last six months,” he says.

Budget proposals haven’t just revived the infrastructure sector, they have also re-energised government-owned firms on the back of disinvestment focus. Some infrastructure companies are also posting good results. Engineering behemoth L&T reported its highest ever quarterly consolidated order inflows of Rs 73,200 crore in the third quarter (Q3) of FY21.

A genuine turnaround or a temporary sentiment?

Last year, after the COVID-19 pandemic set in, these funds had plunged more than 15 percent in a week and in excess of 30 percent in a month – their worst performance ever – when the markets nosedived following the lockdown.

Most equity MFs that invest exclusively in shares of infrastructure companies were launched in early 2013. But they have seen their fastest growth only in recent months. The best performing funds in the space gained more than 30 percent between November 2020 and February 2021, the strongest showing ever during a three-month timeframe.

Buoyancy apart, the poor show by the sector in the past and the attractive valuations is driving up stocks and investment interest, say fund managers. “These (infrastructure) stocks were beaten down badly in the past. They have been underperformers for many years. Their performance has improved on expectations that the government would spend more on infrastructure,” says Chandresh Nigam, managing director and CEO, Axis MF.

Should you invest in infrastructure funds?

“Infrastructure-oriented companies have been struggling for the past few years as funding had dried up after the IL&FS crisis. They are doing well now as growth has come back. Valuations are also quite attractive,” Krishnakumar says.

Construction companies reported strong execution during Q3FY21, as revenues grew both on a year-on-year and quarter-on-quarter basis in most cases led by normalised labour availability, analysts tracking the sector say. Companies that operate ports too have recorded a robust increase in volumes during the quarter.

Even so, remember that these are thematic funds. They aren’t diversified as plain-vanilla diversified funds. Infrastructure funds’ fortunes are tied to a few sectors; if these sectors do well, infrastructure funds deliver. But if the economy doesn’t pick up soon or if government spending doesn’t go as planned, infrastructure funds may not deliver significant returns, like they have been in the past. Despite their recent good showing, on a three-year basis, they still show a return of 4.7 percent, while the five-year and 10-year returns stand at 12.2 percent and 8.7 percent, respectively, which are at the lower end of the performance spectrum.

It’s best to stick with diversified equity funds and wait for a little more evidence of a turnaround before you jump into infrastructure funds.  Thematic and sector funds are meant for those who can take high risk.
Allirajan M is a freelancer
Tags: #invest #Mutual Funds
first published: Mar 24, 2021 09:29 am