Prakash Gaba of prakashgaba.com is of the view that crucial support for the Nifty is at 9580-9520 and the resistance is at 9700- 9724. "Aarti Drugs, AIA Engineering, Dewan Housing Finance and Capital First are bullish plays for the day," he adds.

The Nifty came under selling pressure in opening trade on weak global cues and slipped below its crucial short-term moving averages. The index took support at its crucial psychological support level of 9550 and bounced back towards 9,580 but it eventually closed below its opening level of 9,617. The Nifty50 opened at 9,617 and rose marginally to 9,621.40 which made a small upper shadow. It slipped to its intraday low of 9,560.80 before closing at 9,578, down 40 points from its previous close of 9,621.40.

The Nifty50 is likely to open on a flat note on Friday tracking muted handover from Wall Street. The Nifty50 came witnessed selling pressure and it closed near its day’s low on Thursday which could be a worrying sign for bulls.

The index took support at its crucial psychological support level of 9550 and bounced back towards 9,580 but it eventually closed below its opening level of 9,617 thus making a solid bearish candle on the daily candlestick charts.

Below are some of his bullish plays: 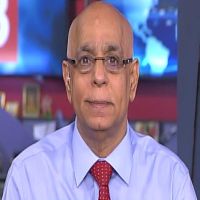 Disclaimer: The views and investment tips expressed by investment experts on moneycontrol.com are their own, and not that of the website or its management. Moneycontrol.com advises users to check with certified experts before taking any investment decisions.
Tags: #Aarti Drugs #AIA Engineering #axis Bnak #Capital First #Dewan Housing Finance #Nifty #Prakash Gaba of prakashgaba.com #Stocks Views #Technicals
first published: Jun 16, 2017 08:20 am