Among the new theme that they have added is Facebook, which is an international stock, said Rajeev Thakkar, Chief Investment Officer and Director, PPFAS MF.

Alpha Manager Rajeev Thakkar, Chief Investment Officer and Director, Parag Parekh Mutual Fund (PPFAS MF) in an interview to CNBC-TV18 shared his outlook on the market and stocks selected in their portfolio.

He is not particularly upbeat on the PSU banks because they are losing market share and so within the private sector banks they continue to like HDFC Bank and also have some stake in ICICI Bank and Axis Bank.

When asked about his views on the gas companies he said most of the positives are already in the price, so he does not think they are going to be multi-baggers from here on.

Talking about other sectors, he said they continue to like Balkrishna Industries which is not a pure auto ancillary play given their focus on highway tyres with application in agricultural equipment, construction equipment. It is a niche player and given the low capacity utilisation there is scope to increase that and get operating leverage. 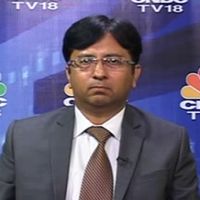 Although most of the auto stocks like Maruti look good, the valuations are not cheap.

Among the new theme that they have added is Facebook, which is an international stock. They are upbeat on it given the increasing internet penetration worldwide and their growing topline. They already own Apple but haven't added more of that, said Thakkar.

For the entire interview, watch video