Contest Alert:1 day left to win Amazon vouchers worth Rs 5000. Take the MCPRO Quiz today to grab yours!
you are here: HomeNewsBusinessMutual Funds

Let 2018 be the year of stock selection; IT better placed than pharma: Kotak MF

Market’s downside will be capped by earnings and economic recovery cycle. But the upside could be capped due to political uncertainty as well as possibility of hiked interest rates in the US, Nilesh Shah of Kotak MF said.

In a year where market experts are looking at challenging times, fund inflow trends have shown a sign of reassurance. While there was a reduction in redemptions in February, net inflows have been on the higher side compared to January flows.

But, gross inflows have come down a bit, said Nilesh Shah at Kotak Mahindra AMC. “This could be a function of the volatile market…SIPs have exceeded 2 crore folios though and are bringing in Rs 7,000 crore into the equity mutual funds. Going forward, this year could have similar or little higher participation by investors as compared to 2017 (in terms of inflows into mutual funds),” Shah, Managing Director at Kotak Mahindra Mutual Fund told CNBC-TV18 in an interview.

But with market expected to remain volatile and choppy, how should an investor approach it?

For the Street, Shah said, downside will be capped by earnings and economic recovery cycle. But the upside could be capped due to political uncertainty as well as possibility of hiked interest rates in the United States.

“This is a year of more stock selection. One can play contra bets than chase momentum. Wait out for the scenario to emerge post 2019 elections and the market may reward for patience in 2018,” he told the channel. 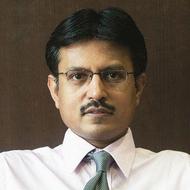 Speaking on the IT sector, Shah believes that the sector’s performance is better on the back of February order books. Some large IT names have received billion dollar contracts, he said, adding that the valuations are also below historical levels.

“The nature of this market is such that it is moving towards slightly defensive plays. This is where IT is better poised than pharma. It is one sector which was under-owned and the catching up is resulting in the buying,” he added.
Moneycontrol News
Tags: #MF-Interview
first published: Mar 12, 2018 11:02 am