In medium-term there would be significant acceleration in housing purchases, which could be a big opportunity for housing finance companies to lend to, said Jayesh Gandhi of Birla Sun Life AMC.

Jayesh Gandhi of Birla Sun Life AMC from the sidelines of the CFA Society India 8th India Investment Conference spoke to CNBC-TV18 about the investment culture in India, the outlook for the market and stocks/sector.

Investment culture is likely to remain strong because in the last two decades institutional investors have become a bigger force compared to earlier periods when retailers were bigger participants in the market, said Gandhi.

He said one should be proud of the fact that we have a robust capital market to invest into and is confident that Indian investors have realized this and are ready to take advantage of it.

He said while in the current bull market there is lot of skepticism with regards to the valuations of midcaps and smallcaps, over the next 3-5 years they will still outperform the largecaps.

The midcaps and smallcaps have had a catch-up rally in the last two years post the bear market, said Gandhi. 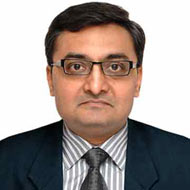 When asked if he was concerned about the NPAs in the housing finance sector where their fund has quite a lot of exposure, Gandhi said, he was not concerned because the names in their portfolio have very strong risk management systems in place to control NPAs. Moreover, the country faces a massive housing shortage, he added.

The government too have many initiatives to boost affordable housing, so in medium-term there would be significant acceleration in housing purchases, which could be a big opportunity for housing finance companies to lend to.