172@29@17@240!~!172@29@0@53!~!|news|business|mutual-funds|budget-2018-not-populist-but-takes-air-out-of-the-over-inflated-balloon-stock-market-2498373.html!~!news|moneycontrol|com!~!|controller|infinite_scroll_article.php!~!is_mobile=false
Subscribe to PRO at just Rs.33 per month. Use code SUPERPRO
you are here: HomeNewsBusinessMutual Funds

Budget 2018: Not populist, but takes air out of the over-inflated balloon - stock market

Budget 2018-19, the last full budget of Team NAMO has proved to the world that this is just a Performance Development Review of the Government of India (GOI). During this exercise, the GOI like all of us pens down their achievements and further goes on to reveal, in explicit terms, the way forward for the country in the coming year. After hearing the budget speech and reading the documents, one can say that this government does not need a particular day to announce big bang reforms for the economy.

In all budgets presented including the recent one, the tone has been the same and the emphasis has always been to revive growth in the rural economy, welfare measures for the lower and middle class, improve the quality of education, create job opportunities, infrastructure development, which they believe is the growth driver of the economy, and of course to maintain fiscal prudence. The numbers presented in the budget in terms of growth in direct taxes and increase in the tax payer base means that the government’s mission to crack down on the parallel economy, an aim which was put in the BJP Manifesto in 2014 (“By minimizing the scope for corruption, we will ensure minimization of the generation of black money") is leading to the right results. The world is talking about crypto currencies but team Jaitley has made it clear that the GOI does not consider them as legal tender or coin and hence it is advisable for our investors to stay away from them. The government’s emphasis on strengthening the bond market means that corporates will have other avenues open to borrow and need not depend solely on banks that are already stressed on account of huge NPAs.

What did the budget 2018 have for the mutual fund industry? 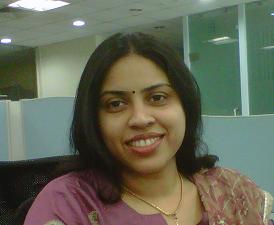 It seems like the GOI is completely convinced with this investment opportunity and as in the last years budget, this time also they have emphasized that they will be coming up with more ETFs including a Debt ETF. After looking at over-whelming response received for the Bharat 22 ETF and the GOI’s support for this category mean that Indian investors are finally embracing “Passive Investing” and ETFs will soon find a place in investor portfolios.

In short, a combination of actively managed funds and ETFs will be the way forward for Indian investors in the long term.

Although this measure looks like a shocker in the short term, it simply brings equity investments at par with other investment options available in the country from a taxability perspective.

Introduction of tax on distributed income by equity oriented mutual fund at the rate of 10%.

In the last one year, we observed that a few of our retired investors have been seriously thinking of moving out their hard-earned savings from bank FDs into balanced funds. They were convinced that these funds would give them regular monthly dividends and would be able to beat the returns generated from FDs. But the fact is that these investors hardly understand the vagaries of stock markets and any huge market correction would end up re-imposing their faith in FDs, a simple instrument traditionally used by them to achieve their long-term goals.

The AUM in balanced funds grew from INR 64,954 crore in December 2016 to INR 1,67,385 crore in December 2017 and this was the highest growth rate recorded by any category during the year. The government’s decision to tax dividends in equity mutual funds is a step in the right direction. While the entire country is SIPping Mutual Funds and “Mutual Funds Sahi Hai” has become a common phrase not just among grown-ups but even school kids, it is our fiduciary responsibility to educate our first time Investors on the pros and cons of investing into balanced funds. If there are not enough efforts taken on this front, the government will take its own way to do so.

The announcement of 10% tax on LTCG, 10% DDT on dividends announced by equity oriented funds and the ensuing correction is lesson for some of these overconfident investors.

The budget 2018 defied expectations that it will be a popular one on account of the elections next year. It means that GOI is committed to reforming the country on a regular basis. Life goes on as usual for our Investors and there is no need to press the panic button if the market decides to gyrate in the short term.

The writer is head of research at Fundsupermart.com