Access insightful & curated financial content with Moneycontrol PRO at just Re. 1/- per day. Use code PRO365.
you are here: HomeNewsBusiness

Mercedes', BMWs get cheaper by up to Rs 7 lakh before GST rollout

Prices have gone down in the range of Rs 125,000 to Rs 700,000 for all those models which are locally assembled in India. For those which are fully imported price reduction will follow soon.

This could be the best time to buy luxury cars in India as two of the largest luxury carmakers Mercedes-Benz and BMW have reduced their prices even before the government has implemented the Good and Services Tax (GST).

Prices have gone down in the range of Rs 125,000 to Rs 700,000 for all those models which are locally assembled in India. For those which are fully imported price reduction will follow soon.

Tata Motors-controlled Jaguar Land Rover and Volkswagen-owned Audi may also follow suit with a similar reduction. The price change by Mercedes and BWM is with immediate effect.

Mercedes-Benz India, the biggest luxury carmaker in India today, announced a downward revision in its transaction prices to cover the difference in current ex-showroom prices and post GST ex-showroom prices for customers on the entire range of ‘Made in India’ product portfolio.

The price revision on a weighted average of 4 percent will be effective immediately, and is aimed at providing value to a customer’s purchase decision before GST implementation. Mercedes-Benz will reduce prices on the C-Class, E-Class, S-Class, M-Class and the Maybach to name a few. 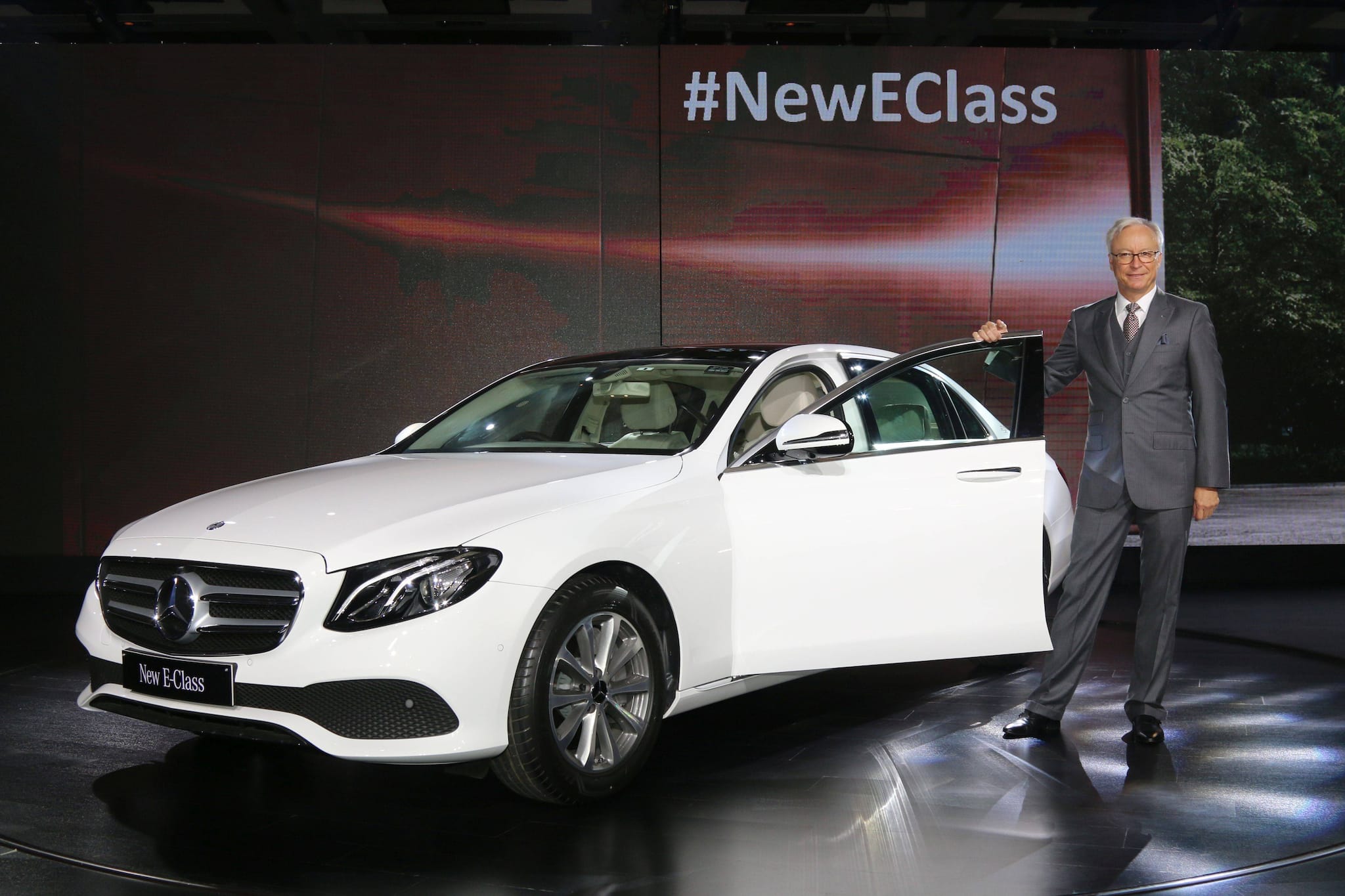 Roland Folger, Managing Director & CEO, Mercedes-Benz India commented, “We are now passing on the benefits of post-GST pricing of our ‘Made in India’ cars with immediate effect. To ensure complete peace of mind for our customers, we have decided to pass on the GST tax benefits at an earlier stage at our cost. This approach will benefit the customers who want to purchase a locally produced Mercedes-Benz from now on and during the month of June.”

The price reduction of the entire India-made portfolio ranges from 2-9 percent depending on the tax structure and local body taxes of the state. The weighted average of this is a price reduction of 4 percent on transaction prices of customers.

“The impact on the prices on CBU vehicles is yet to be evaluated. We think the implementation of the GST structure is a landmark achievement for the Indian economy, which will support the ease of doing business in India. We are also confident that post GST implementation; there will be growth momentum in the luxury car industry”, added Folger.

Another German giant BMW, which is the second biggest luxury car maker, followed suit announcing an immediate reduction in its prices. The company, however, refrained from detailing the actual reduction in prices. BMW makes the 5 series, 7 series, X5 to name a few at its Chennai-based plant. Vikram Pawah, President of BMW Group India, said “BMW Group India welcomes the implementation of Goods and Service Tax (GST) in India. BMW is the fastest to offer preponed GST benefits to our customers much before the roll-out of GST itself”.

The base rate for automobiles have been set at 28 percent under GST, which is on par with the current rates for small cars and lesser than the rates slapped on bigger vehicles. An additional 15 percent cess is levied on large cars including luxury cars.

Despite the additional cess, luxury cars will still be cheaper under GST at 43 percent than the current rates ranging between 47-53 percent, depending on rates charged by states.
Tags: #automotive #Business
first published: May 26, 2017 08:51 am