There is a market myth, propagated by some of the talking heads on TV that you can safely sell in May and go away. Coupled with this is another fear that in the month of May we have had instances of lower circuits in our markets in May 2004. 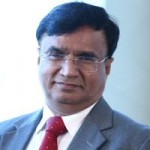 We have the Karnataka election results on May 15, which could make the bulls think twice before building longs.

Plus, on the global front, the fear that U.S. may re-impose sanctions on Iraq as the deadline of May 12 nears, which could trouble the markets further.

But before you think of selling in May and going away, just remember that of the 30 individual May months we have studied since 1990, it has fallen in only 12 and risen in 18, giving an average return of 0.62 percent.

Additionally, the average return of the year from January to April, in all 12 instances when the markets fell in May, the markets had risen 14 percent on an average. The year to date returns of the Nifty, are a paltry 0.83%.

Don’t fall into this trap

While selling in May and going away may be true for the U.S., it is certainly not a sound idea for India, no matter how fearful you may feel. Approach the month of May with an open mind.

GST Numbers will only improve. For the month of March, the GST collections have been Rs 96,000 crore. The highest so far.

Along with better GST numbers, the E-way bill has been made compulsory from April. The number will only get better.

On the elections front, Karnataka is still a developing story. The markets are despondent on BJP’s electoral performance in Karnataka, especially after the Congress played its Lingayat card well.

We think for a market which is just licking its wounds inflicted by LTCG and FII selling is ignoring the positives and reading too much in the negatives.

It may be better to approach the month of May with an open mind rather than with preconceived notions of selling in May and going away.

Disclaimer: The author is Head-Private Client Group (PCG) at HDFC Securities. The views and investment tips expressed by investment experts on moneycontrol.com are his own and not that of the website or its management. Moneycontrol.com advises users to check with certified experts before taking any investment decisions.