The company buybacka its own shares from the market, repurchase program happen for a extended period of time as a large block of shares needs to be bought.

After the steep market correction in March, followed by recovery and rangebound trade, many companies launched their share buyback issues to increase shareholding, give more confidence to investors etc.

NIIT Technologies is the latest one which opened its share buyback issue on May 29 at Rs 1,725 per share.

So let's understand what share buyback issue is and why do companies go for it from Prashanth Tapse, AVP Research at Mehta Equities.

What is a buyback issue?

In general terms, buyback refers to the repurchasing of free-float shares of stock by the offer company promoters. In a buyback issue, the company pays its shareholders the fixed value per share and re-absorbs that portion of its ownership that was previously distributed among public and private investors. The process enables the repurchase of shares from the existing shareholders usually at a higher price than the market price. 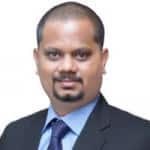 Why do companies opt for it?

Other important reasons promoters adopt apart from the above points would be based on buyback strategies preventing mergers or possible hostile takeovers attempts.

It is not necessary that every share buyback will benefit shareholders. So, it’s always advisable to check the company's historical track record and then make a decision.

What are the general criteria or rules for share buybacks?

1>  Maximum limit of share buyback: The guidelines indicate that the upper limit of the share buyback is 25 percent or less than the total of the paid-up capital and free reserves of the company;

3>  Fully paid back securities: As per Sebi guidelines, buyback of only fully paid-up shares and securities is permitted;

4>  Share buyback for decreasing share capital: As per SEBI norms, no company has the power to buyback its shares unless the consequent reduction of its share capital is effected under section 67 of the Companies Act, 2013;

5> Modes of buyback: The buyback of shares can be done via the following means:
a) Free reserves- If the buyback of shares is made from free reserves, a sum equal to the nominal value of shares must be transferred to the Capital Redemption Reserve.
b) Securities premium account- This is the extra money obtained when a company sells shares above their fair value. The money in this account can be used for share buyback.

6>  Restrictions on the purchase of own shares or securities;

7>  Approval for buyback: Authorised by the Articles of association of the Company, a special resolution has to be passed in the general meeting of the company authorising the buyback. In case if it is a listed company, then the approval should be made by means of a postal ballot;

8> Max tenure to complete the buyback process: The process of buyback of shares shall be completed within a period of one year from the date of the passing of the resolution by the board of directors of the company;

When does the company need the permission of shareholders?

How much stake can company buyback at one go?

In India, under Section 68 of Companies Act, 2013, which deals with buyback of shares- a company can buy its own shares subject to the condition that in a financial year, buyback of equity shares cannot exceed 25 percent of the total fully paid-up equity shares.

How many types or Methods for buyback offers?

a)  Fixed price tender offer – Shareholders have the option to sell or hold the fixed number of shares, offered by the company at a fixed price. This process ensures all shareholders are treated equally, doesn't matter if they hold majority or minority stake.

b)  Buying from the open market – The company buybacks its own shares from the market, repurchase program happens for an extended period of time as a large block of shares needs to be bought.