The market ended lower for the second consecutive week after investors opted for profit booking on stretched valuations, which also saw foreign institutional investors go on a selling spree.

The broader indices—BSE midcap and Smallcap indices— shed a percent each in the previous and ended flat for the month. 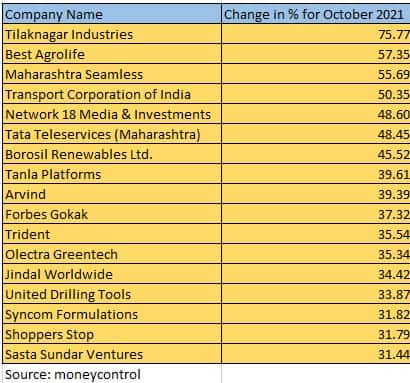 Global markets turned weak though the European Central Bank kept policy rates unchanged despite the inflationary pressure, while slow GDP growth in the US tested investor confidence, he said.

“The equity markets trended lower for the week owing to selling pressure from FIIs. The FIIs have been net sellers to the tune of more than Rs 20k crore for the month of October," said Joseph Thomas, Head of Research, Emkay Wealth Management.

The valuation risks have been one the main concerns for foreign investors, triggered by the downgrading of Indian equity markets from “overweight” to “neutral” by key global brokerages.

"The valuation risks are specifically coming to the fore now as few sections of the markets expect growth momentum to slow in the wake of sticky inflation,” he added.

Going ahead, since the market is a bit oversold, we may see some relief move in between but traders should not get carried away by such rebounds.

On the higher side, 18,000–18,100 would now be seen as immediate hurdles and any bounce back towards it, should be used to lighten up longs.

On the flip side, we may see this corrective move extending towards 17,450 first and if things worsened then the possibility of sliding towards 17,200–17,000 cannot be ruled out.

We reiterate staying light and avoiding any kind of bottom-fishing for a while.

Though the trading week ahead will be shorter, it can undoubtedly be eventful. The news flow and market sentiment may be dominated by the upcoming FOMC meeting.

While investors appear to have priced in the possibility of tapering by mid-November, the focus will now shift to the timing of interest rate hikes.

Indian automakers will report their monthly sales figures. Despite the festival season, shortages of semiconductors, rising freight and commodity prices may continue to squeeze margins and weaken sales.

Earnings disappointment combined with feeble global cues is weighing on the sentiment.

Apart from the earnings announcements, participants will be closely eyeing the upcoming US Federal Reserve meeting and auto sales numbers for cues.

Indications are of further slides, so participants should maintain a cautious approach and prefer a hedged approach.

We are of the view that the short-term trend remains weak due to the oversold situation in the market. The weekly trading set-up suggests 17,800 would be the immediate hurdle for the Nifty. If it succeeds to trade higher, we can expect a pullback rally up to 17,920-18,000-18,070.

The Bank Nifty is trading near the 20-day SMA, and on daily charts it has maintained strong formation. The key supports for the Bank Nifty are placed at 38,400 and 38,000, while the structure suggests further upside if it succeeds to trade above 38,400.