The benchmark indices remaining under pressure throughout the holiday-shortened last week on the back of domestic as well as global cues including the Reserve Bank’s monetary policy and fresh concerns over global trade.

The RBI’s monetary policy committee on October 4 slashed rates by 25 bps and kept the stance accommodative to revive growth in Asia's third-largest economy.

The central bank slashed policy rates for the fifth time in a row in line with expectations. Consequently, the rate cut totals to 135 bps in 2019 and the repo rate stands at 5.15 percent now.

"We are expecting one more rate cut, albeit of smaller magnitude (15bps) later in the fiscal year. This takes our terminal repo rate expectation to 5 percent," said Anagha Deodhar, Economist - ICICI Securities.

As expected, the MPC lowered GDP growth forecast sharply to 6.1 percent due to lower-than-estimated Q1 growth and weaker momentum in the subsequent months.

It increased inflation forecast for Q2FY20 to 3.4 percent from 3.1 percent previously while retaining H2FY20 forecast at 3.5-3.7 percent, she added.

On the global front, the US opened a new trade war front by saying it will impose tariffs on $7.5 billion of goods from the European Union. 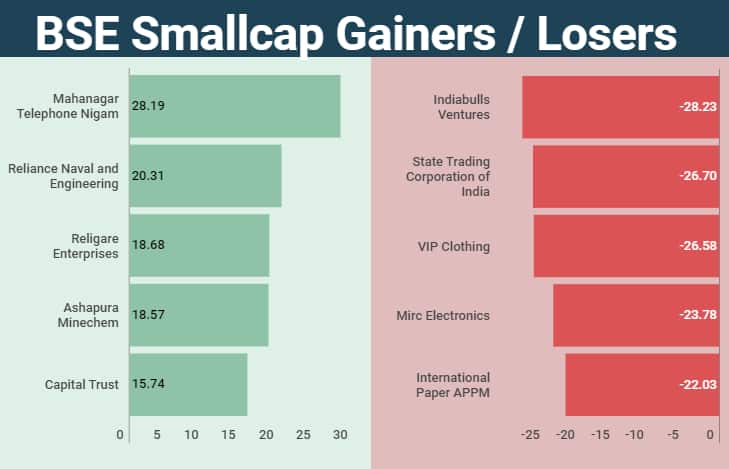 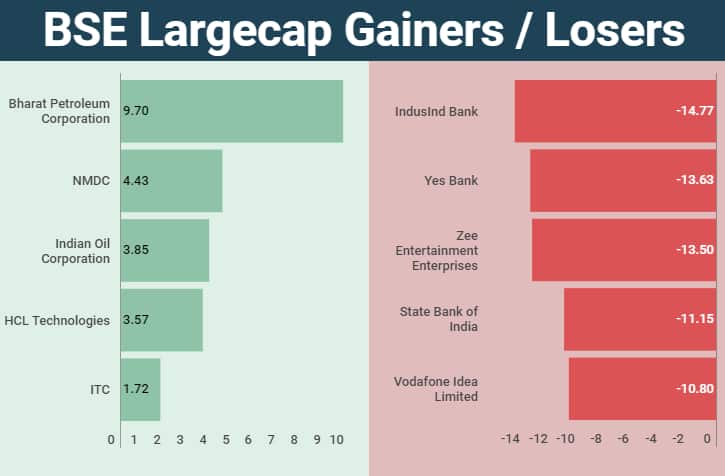 The Nifty PSU Bank index underperformed the sectoral indices with a loss of 8.53 percent during the week.