The BSE large-cap index shed 7.4 percent, while BSE small-cap index and mid-cap index fell 7 percent in the past week.

Nifty50 has registered its worst weekly fall since 2009, as global sentiments remained weak as more COVID-19 cases were reported outside of China, which dampened investor sentiment.

"The Indian indices would continue to track the overseas markets which are likely to be under stress in the near-term as the impact of the outbreak would adversely impact supply chains across the globe including India. We believe any likely relief in terms of Q3 gross domestic product (GDP) bottoming out may also not have the desired positive impact on the markets until the concerns over the virus ease," said Ajit Mishra, VP - Research, Religare Broking.

Global markets suffered its biggest weekly fall since 2008 as the fast-growing COVID-19 raised the concern of a global economic crisis.

"Market to remain volatile in the near term with a focus on development with respect to COVID-19. Nifty is expected to remain in a range of 11,500-12,000 for the month of March," said Rahul Mishra, AVP (Derivatives), Emkay Global Financial Services.

All the securities under BSE large-cap index ended lower as the index shed 7.4 percent in last week. However, the BSE small-cap index and the mid-cap index fell 7 percent each in the past week. 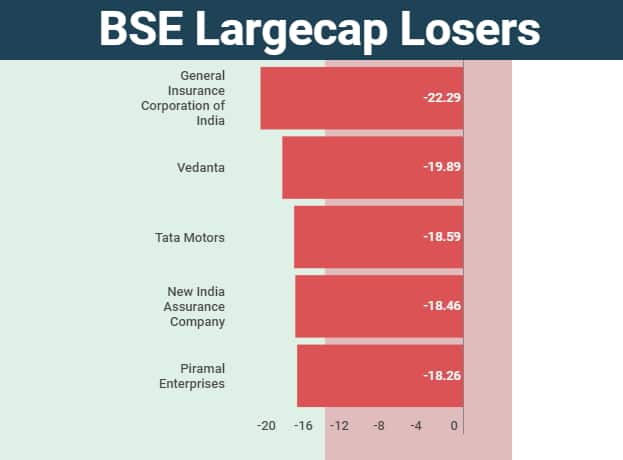 The Nifty Metal index underperformed the sectoral indices with a loss of 14 percent during the week. 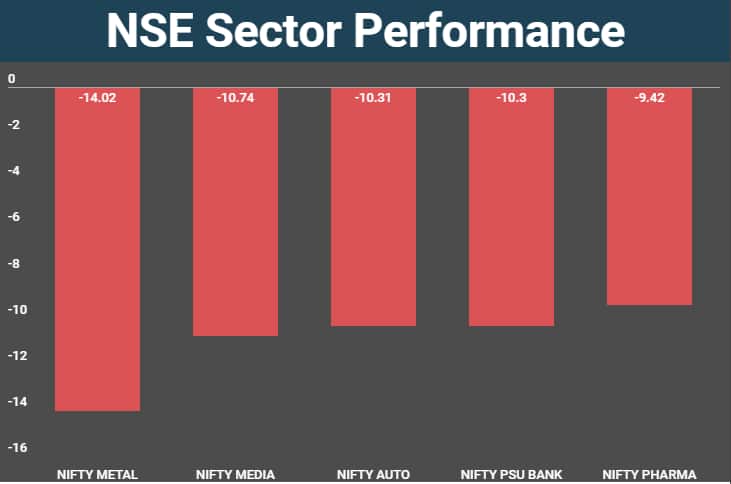