The market broke two consecutive losing streaks and ended the week with moderate gains, as the Nifty recorded a fresh record high in the week ended January 10 amid volatility due to geopolitical tension.

In the trading session on January 6, the Sensex posted its biggest single-day fall in nearly a year on the back of geopolitical tension after a senior Iranian military official was killed in a United States airstrike.

However, as the tension ease between two countries and bulls took charge, the Sensex and Nifty posted their biggest single-day gains in three months during the trading session on January 9. The rally continued on January 10 with the Nifty touching a fresh record high of 12,311.20.

"The index formed a bullish outside bar for the past week. This shows the overall trend for the index continues to be strong. However, the market can continue to remain volatile in the near term. Further consolidation in the range of 12,300-12,000 cannot be ruled out in the sessions to come," said Gaurav Ratnaparkhi, Senior Technical Analyst, Sharekhan by BNP Paribas.

On the global front, US stock indexes registered record closing highs as optimism about a US-China trade deal firmed. It was also helped by easing concerns over tensions between the US and Iran.

"Markets will first react to the IT major, Infosys, results in the early trade on January 13. We reiterate our positive yet cautious approach on the benchmark index and suggest awaiting a decisive breakout above 12,400 in Nifty for a sustainable up move," said Ajit Mishra, VP - Research, Religare Broking.

"Meanwhile, volatility would remain high on the stock-specific front due to prevailing earnings season and global uncertainty so plan your trades accordingly," he added.

The BSE small-cap index added 1.13 percent, BSE large-cap index was up 0.27 percent and the BSE mid-cap index rose 0.29 percent while in the past week. 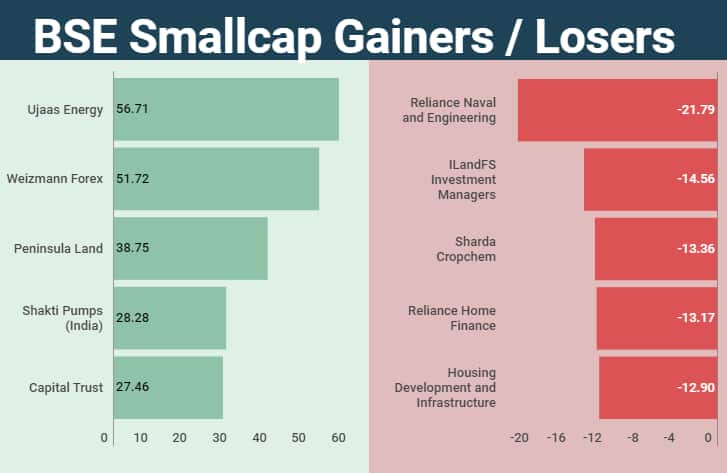 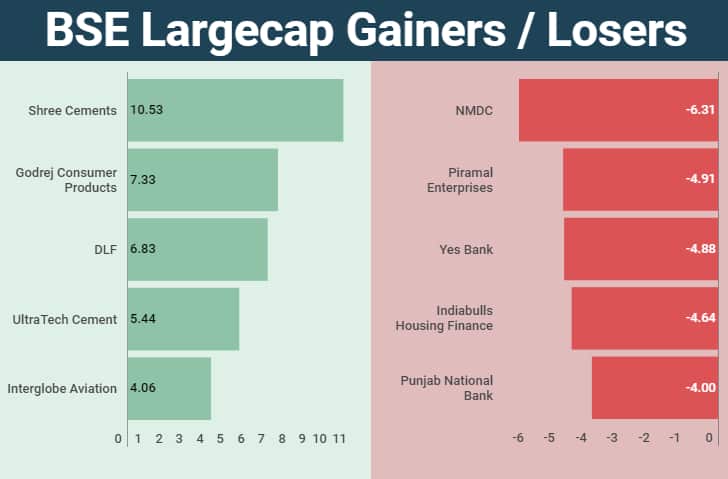 The Nifty Realty index outperformed the sectoral indices with a gain of 3.6 percent during the week.