Moody's Investors Service on Friday slashed its estimate of India's GDP growth during 2020 calendar year to 2.5 percent, from an earlier estimate of 5.3 percent

The Indian market ended with marginal loss in the volatile week ended March 27 on the back of measures announced by the Reserve Bank of India (RBI), Securities and Exchange Board of India (SEBI) and the Centre to provide relief for the economy amid lockdown in the country.

Trading on bourses was halted for the 45 minutes on March 23 after the BSE Sensex locked at 10 percent lower circuit in the first hour of trade and ended with biggest ever one-day fall in the history. This is the second time in this month the trading was halted after Nifty touched lower circuit on March 13.

Meanwhile, the market posted losses in the March Futures & Options (F&O) Series with Sensex down 25 percent, while Nifty was down 25.7 percent.

RBI Governor Shaktikanta Das on March 27 announced a massive 75 basis points cut in repo rates as a measure to counter the economic slowdown caused by the coronavirus (COVID-19) pandemic.

The reverse repo rate has been cut by 90 basis points to 4 percent and cash reserve ratio cut by 100 bps to 3 percent.

In India, more than 800 COVID-19 cases were reported by March 28, while over 27,000 deaths have been registered so far worldwide.

Finance Minister (FM) Nirmala Sitharaman on March 24 announced some relaxations of regulatory deadlines, including filing of income tax (I-T) returns, goods and service tax (GST) and tax deducted at source (TDS), extention of Aadhar-PAN linking date, and deadline for settling tax disputes under the Vivad se Vishwaas scheme, without any interest and penalty.

The Ministry of Finance (MoF) also extended import permits for fisheries expiring in April by three months and allowed debit cardholders to withdraw cash from any bank ATM free of charge for the next three months. Bank charges for digital trade and transactions are also being reduced.

On the financial market, the FM said all the regulators and RBI and MoF are working together to monitor the development of the market.

Also on March 26, FM came out with some relief measures to take care of poor people and farmers by announcing Prime Minister Gareeb Kalyan Scheme of RS 1.70 lakh crore, which includes cash transfers to poor and migrants.

Moody's Investors Service on March 27 slashed its estimate of India's GDP growth during 2020 calendar year to 2.5 percent, from an earlier estimate of 5.3 percent and said the coronavirus pandemic will cause unprecedented shock to the global economy

"The overall trend is bearish and the recent rebound was just a counter move. We suggest maintaining a cautious approach and preferring only hedged bets until we do not see some stability in the market. Also, we advise continuing largely with the index majors," said Ajit Mishra, VP - Research, Religare Broking.

Capital market regulator SEBI further provided relaxation by allowing top 100 companies by market capitalisation for FY19-20 to hold their annual general meeting (AGM) in September 2020 instead of August earlier, the extension of one month.

The BSE Small-cap, Mid-cap and Large-cap indices were down 6 percent, 5.4 percent and 1.28 percent, respectively.

However, FIIs returned to the market as they bought equities on March 27 after remained net sellers for last 23 sessions. On the other hand, DIIs sold the equities for the first time on March 26 after remaining buyers in the previous 22 sessions. 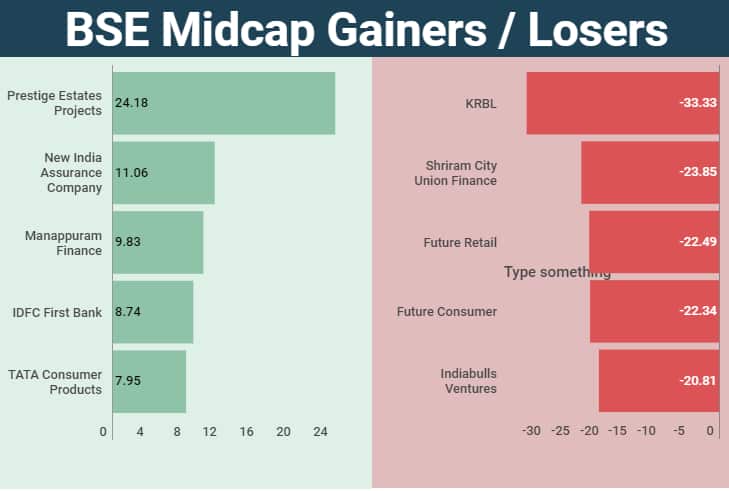 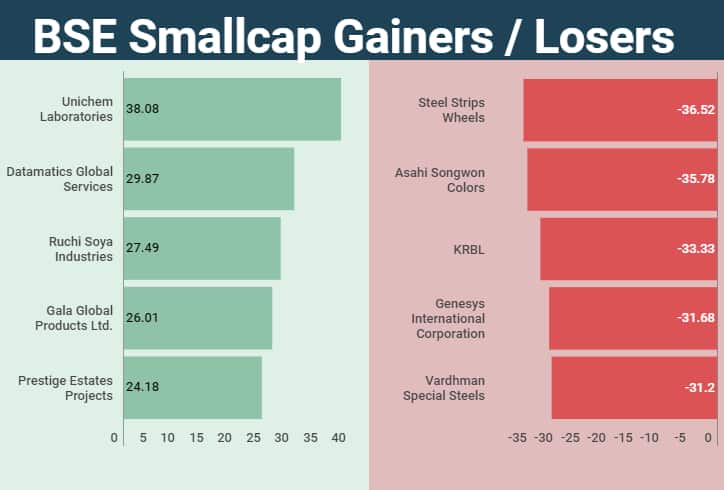 On the BSE, Infosys gained the most in terms of market value, followed by Reliance Industries (RIL) and Kotak Mahindra Bank this week. The Nifty PSU Bank index underperformed sectoral indices with a loss of over 8.5 percent during the week. 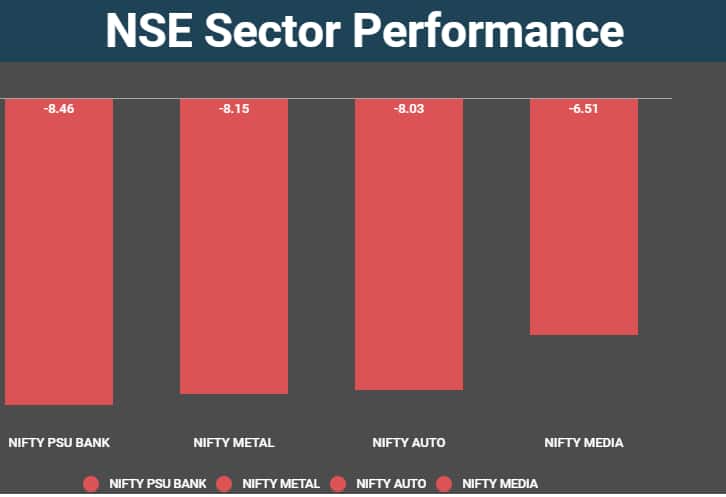