S&P retained India’s rating with a stable outlook and expects a gradual recovery in the economy with GDP growth reaching 7 percent in two years.

Benchmark indices ended flat in the week ended February 14 amid domestic data, the final round of corporate earnings and mixed global markets due to ongoing issue of coronavirus (COVID-19) in China.

The World Health Organisation (WHO) on February 11 officially named the disease caused by the novel coronavirus as COVID-19.

On February 11 and 12, the Indian market ended on a positive note on the back of positive global cues after China reported less infected people due to COVID-19. However, selling in the next two sessions pulled the Nifty below 12,200 level as the number of affected people increased, which dampened investor sentiment.

"Markets are facing headwinds on both the domestic front and global front, however, the benchmark still looks comparatively stable. In the absence of any major local event, we feel global cues will largely dictate the market trend," said Ajit Mishra, VP - Research, Religare Broking.

India's retail inflation rate in January stood at 7.59 percent against 7.35 percent seen in December 2019. However, the January core inflation was at 4.8 percent versus 3.7 percent in December.

Index of industrial production (IIP) contracted in December at 0.3 percent versus 1.8 percent a month ago.

The wholesale price inflation (WPI) for January stood at 3.1 percent against 2.59 percent during December and 2.76 percent in January 2019.

However, S&P retained India’s rating with a stable outlook and expects a gradual recovery in the economy with GDP growth reaching 7 percent in two years.

A mixed trend was seen in the global markets amid uncertainties about COVID-19. The death toll in China has climbed to 1,523 with 143 new fatalities, while the confirmed cases jumped to over 66,000.

The BSE large-cap was down 0.20 percent, BSE small-cap index fell 1 percent and the BSE mid-cap index shed 1.53 percent in the past week. 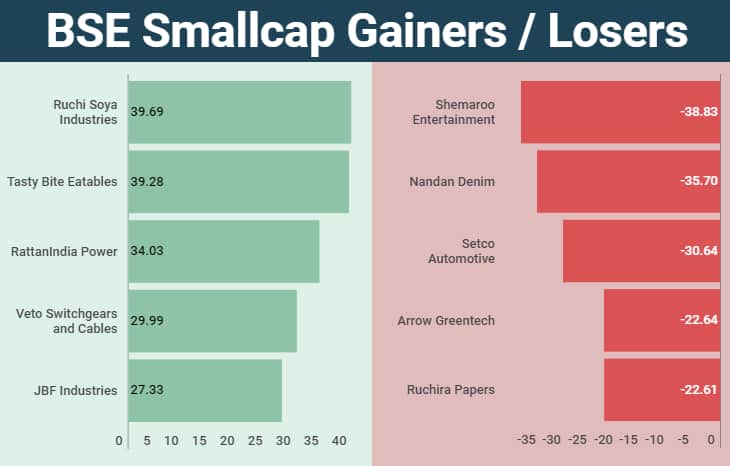 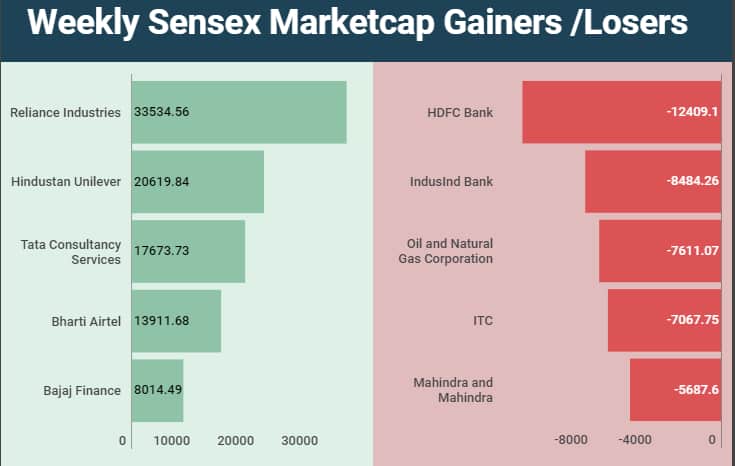 The Nifty PSU Bank index underperformed the sectoral indices with a loss of 4.4 percent during the week.