We are staring at the worst recession since great depression of 1930s; will PE come to the rescue?

Howard Marks, who is known as world's biggest stressed securities buyer, said he would love to find good investments in India.

COVID-19 has been the talk of the town for more than two months now after the novel coronavirus brought the life around the world to a standstill.

The highly contagious disease which started in the Chinese city of Wuhan now has the entire world in its grip, forcing major economies into virtual shutdowns.

The pandemic has spread across 185 countries and territories. At the time of writing this article, the total number of confirmed COVID-19 cases in India were 8,356. The Union Health Ministry has reported 273 deaths so far.

Globally, there have been over 17.7 lakh confirmed cases of COVID-19. At least 1.08 lakh people have died due to the disease. 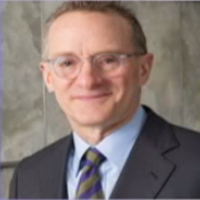 "This is the greatest pandemic in 100 years. I can't say how things will turn out as so many things are happening for the first time," Howard Marks, Co-Founder of Oaktree Capital Management told CNBC-TV18.

"I don't think there is a way to avert a worldwide recession. It's probably going to be the worst recession since the great depression of the 1930s," he said.

"15-20 million people, who were employed 2 months ago, are unemployed today. Millions of businesses have shut down and people are not spending money," he added.

This crisis has butchered every asset class in a just one month as FIIs started pulling out money from every segment to cash in and stay away for the time being; though there was stability in the last couple of weeks after panic selling (as the Sensex itself rallied more than 21 percent from its lows seen on March 23).

Globally equity markets had corrected more than 35 percent (from February 20 to March 23) as growth is expected to deteriorate in coming quarters.

Oil market was the worst hit with international benchmark Brent crude futures falling to a near two-decade low of around $22 a barrel in March from around $70 levels in January, though it recovered around 40 percent from that lows amid hope of production cuts.

"This crisis has seen the sharpest fall in crude prices. S&P profits are going to be down catastrophically in the second quarter," Marks said.

He feels every investor faces two risks every day - the risk of losing money and missing opportunity. "From year to year, you have to vary your stance to make sure you don't lose money."

He said he was very cautious over the last few years, but today he was less cautious. "It's the worst crisis we've seen, government action has brought investors back to buying side."

Howard Marks, who is known as the world's biggest stressed securities buyer, said he would love to find good investments in India.

"I am not enough of an expert on India to be able to give you specific areas of interest, but the opportunity to invest in debt is much better than it was eight weeks ago," he said.

Marks feels private equity (PE) will be buyers in the months ahead. "The question for the PE business model is if they can get the leverage to buy."

India traversing on path to 'victory' against COVID-19: PM in open letter to citizens on first anniv of his second term