The Reserve Bank of India's stated foreign exchange policy has been to only curb extreme volatility but recent actions suggest it is not letting the local unit appreciate despite its relative underperformance versus peers.

India's rupee has the backing of a healthier trade account, steady foreign investment inflows and a return in global risk appetite, but its gains are being limited by a central bank keen to prevent wild swings and build dollar reserves.

The Reserve Bank of India's stated foreign exchange policy has been to only curb extreme volatility but recent actions suggest it is not letting the local unit appreciate despite its relative underperformance versus peers.

Traders suspect the RBI bought dollars in May and June as the return in risk appetite and overseas investments by a dozen firms, including Facebook, into the digital arm of telecommunications firm Reliance Jio brought in billions of dollars into the country. 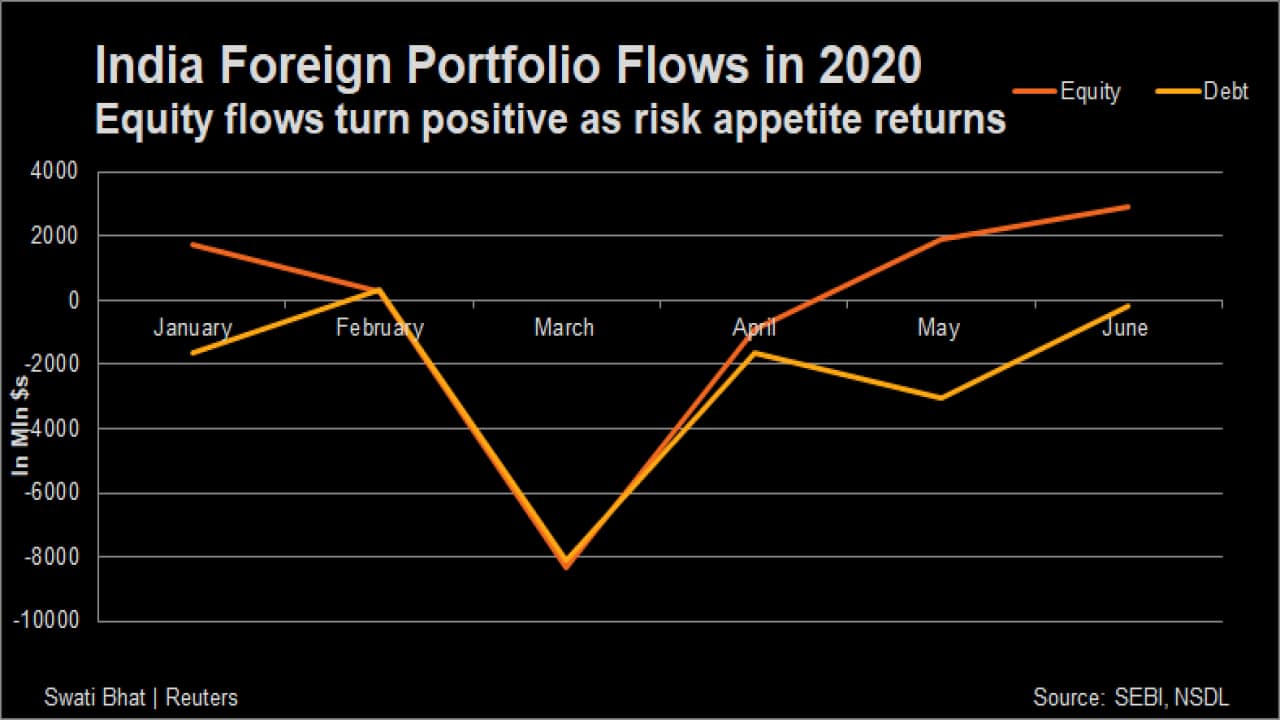 Reliance is scheduled to get a total of $15.8 billion, part of which has already come in. India's external account has also improved owing to the sharp fall in global crude oil prices and a collapse in imports in an economy weakened by the COVID-19 pandemic. Companies have raised $2.49 billion through external commercial borrowings in April and May.

The flows coming in are only temporary and cannot be taken for granted as a recovery in growth would push up imports and widen the current account deficit eventually, said Suyash Choudhury, head of fixed income at IDFC AMC.

"It is also in this context that we see RBI's more aggressive stance in accumulating forex reserves lately. It is prudent to shore up external defenses given the long haul ahead." The rupee was at 74.98 to the dollar on Wednesday and is down 4.74 percent so far this year, making it the worst performing Asian currency.

The RBI's foreign exchange reserves have climbed to a record above $500 billion and are now adequate to cover around 13 months of imports, far higher than the average over the last 5 years. 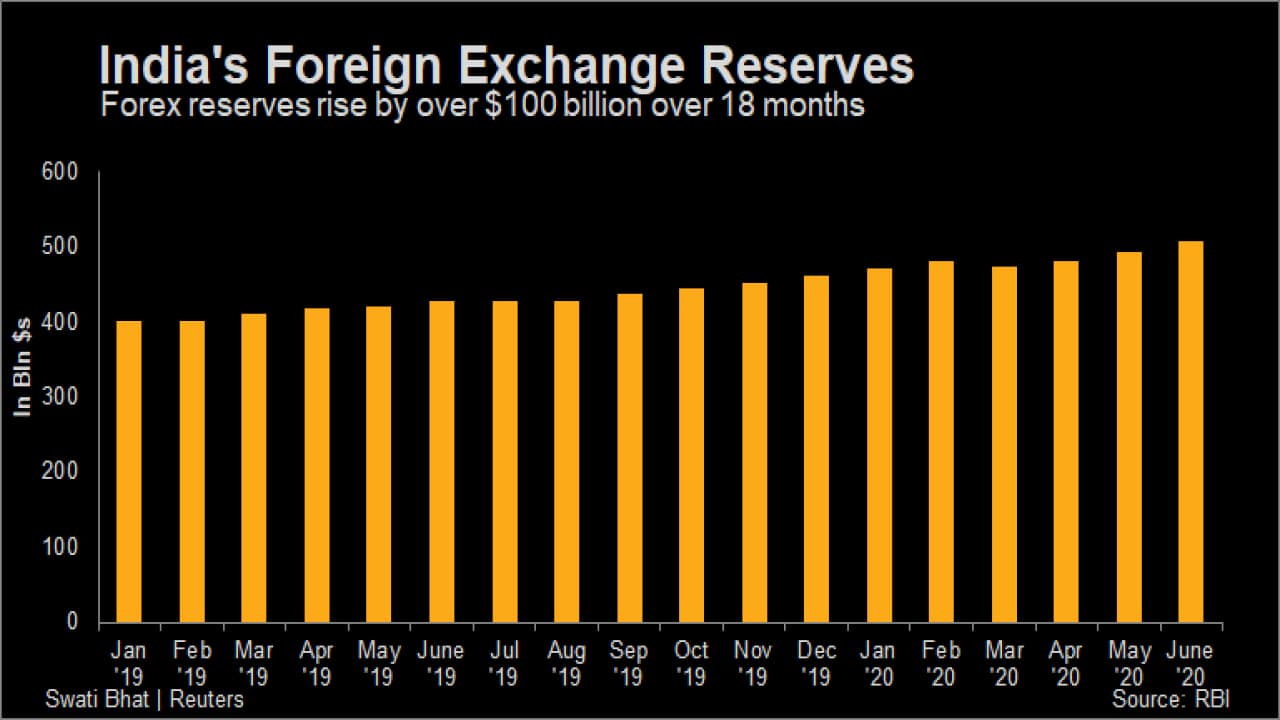 The rupees released by the RBI's dollar buying intervention are adding to the cash circulating in the banking system. There is, however, little evidence the RBI has mopped up that excess cash, and clearing house data shows state-run banks are ploughing more money into government bonds.

The RBI is, however, expected to purchase government bonds either directly or via open market bond purchases to help tame market yields and ensure the government is able to meet its record borrowing needs. 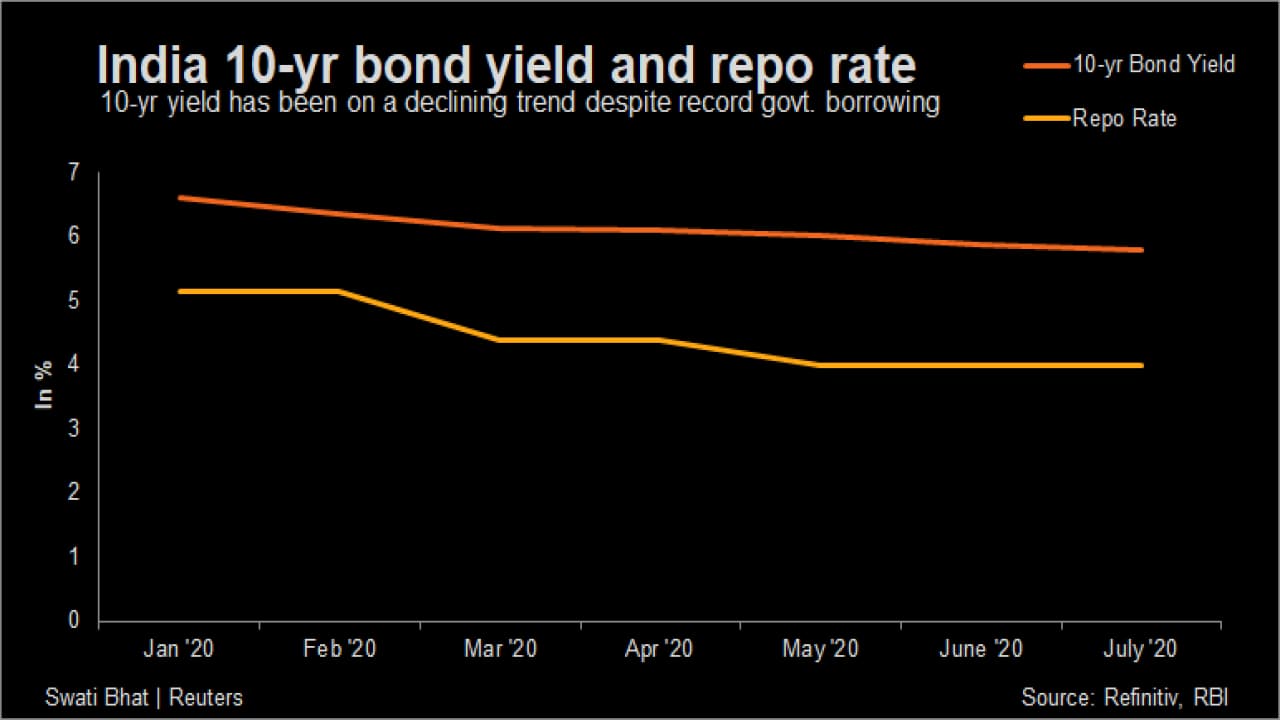 Rahul Gupta, head of currency research at Emkay Global Financial Services, sees the range around 74.20-74.30 becoming a floor for the dollar-rupee pair, and expects it to head towards 76.20 or 77.00 within a couple of months.

"The government's stimulus also needs to be financed from somewhere, imports also will start rising as the economy recovers and we will again start seeing pressure on the currency," he said. 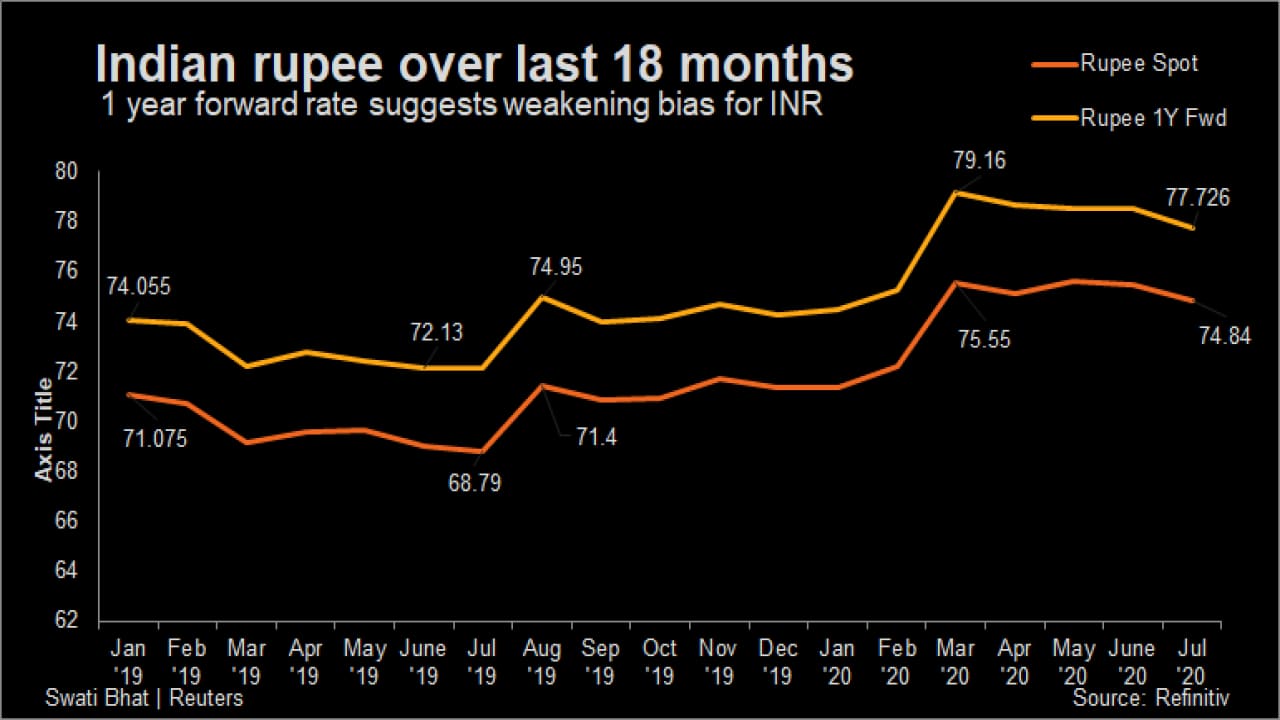