Trade Spotlight | What should you do with Orient Bell, Adani Transmission, Tejas Networks on Thursday?

At the current juncture, Adani Transmission has given a clean triangle breakout with positive volume picking up which hints at a further upside.

The market closed its rangebound session on a negative note on June 29 ahead of monthly expiry of June futures and options contracts, dragged by banking and financial services, FMCG, and IT stocks.

Stocks that were in action and outperformed the broader space included Orient Bell which surged 14 percent to Rs 661, almost hitting the highest closing level of June 2. The stock has seen a robust bullish candlestick pattern on the daily charts formation with way-above average volumes.

The counter has seen very sharp correction of 36 percent between April 2022 and June 2022. Since then the stock is slowly making higher lows and higher highs on the daily chart (see chart).

At the current juncture, it has given a clean triangle breakout with positive volume picking up which hints at further upside.

One can hold (if already bought) and buy (if considering fresh buy) at the current market price. The upside is seen till Rs 2,600 with good support expected at Rs 2,150. 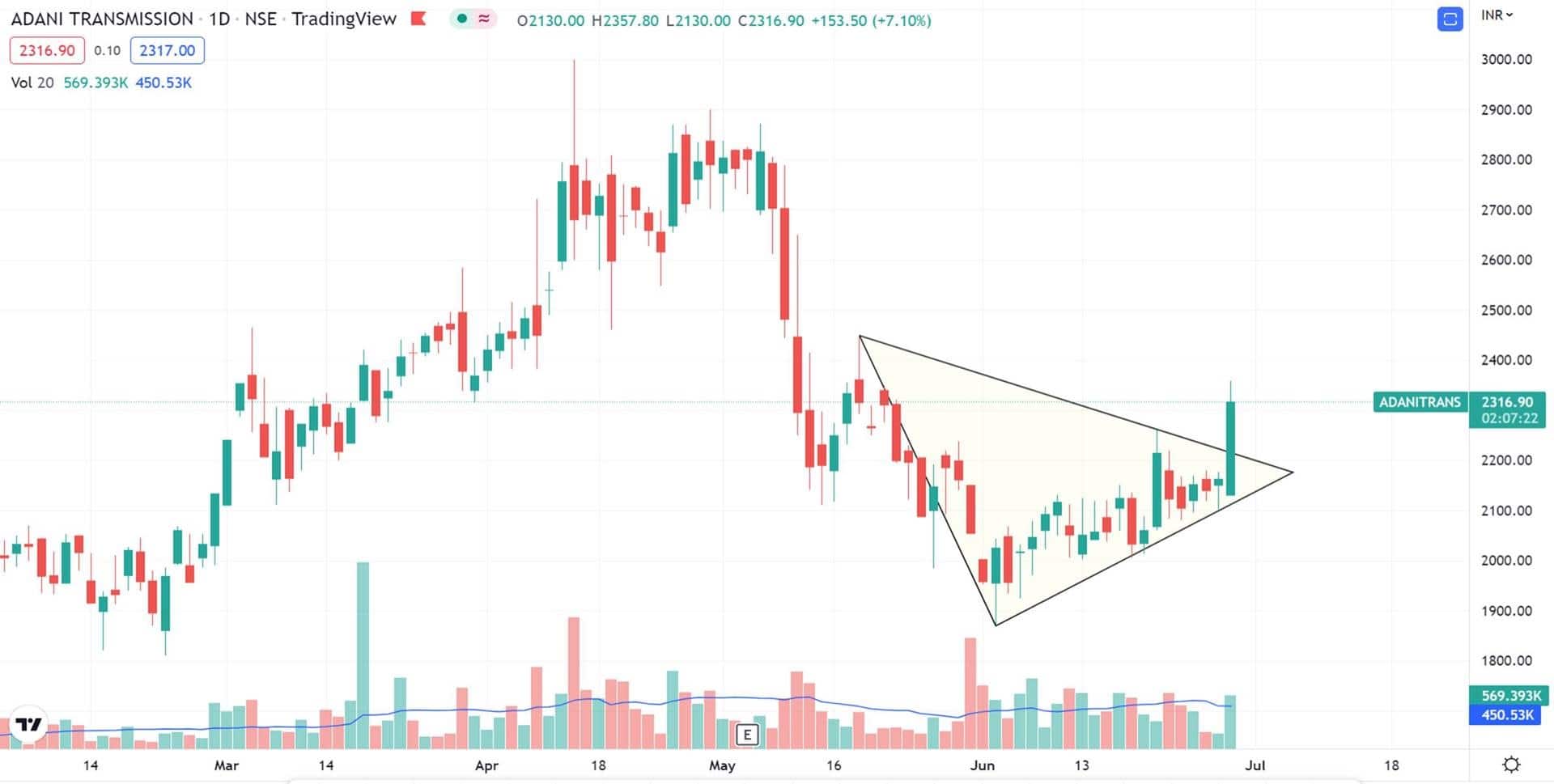 Tejas Networks has witnessed a very sharp correction of 33 percent between April 2022 and May 2022. Since then the stock is slowly making higher lows and higher highs on the daily chart (see chart).

On June 29, it gave a clean triangle breakout with positive volume picking up which hints at further upside. On the indicator front, daily MACD (moving average convergence and divergence) is giving bullish cross exactly near zero line along with daily RSI (relative strength index) bouncing from 50 levels indicating further upside till Rs 530 with plausible support seen at Rs 440. 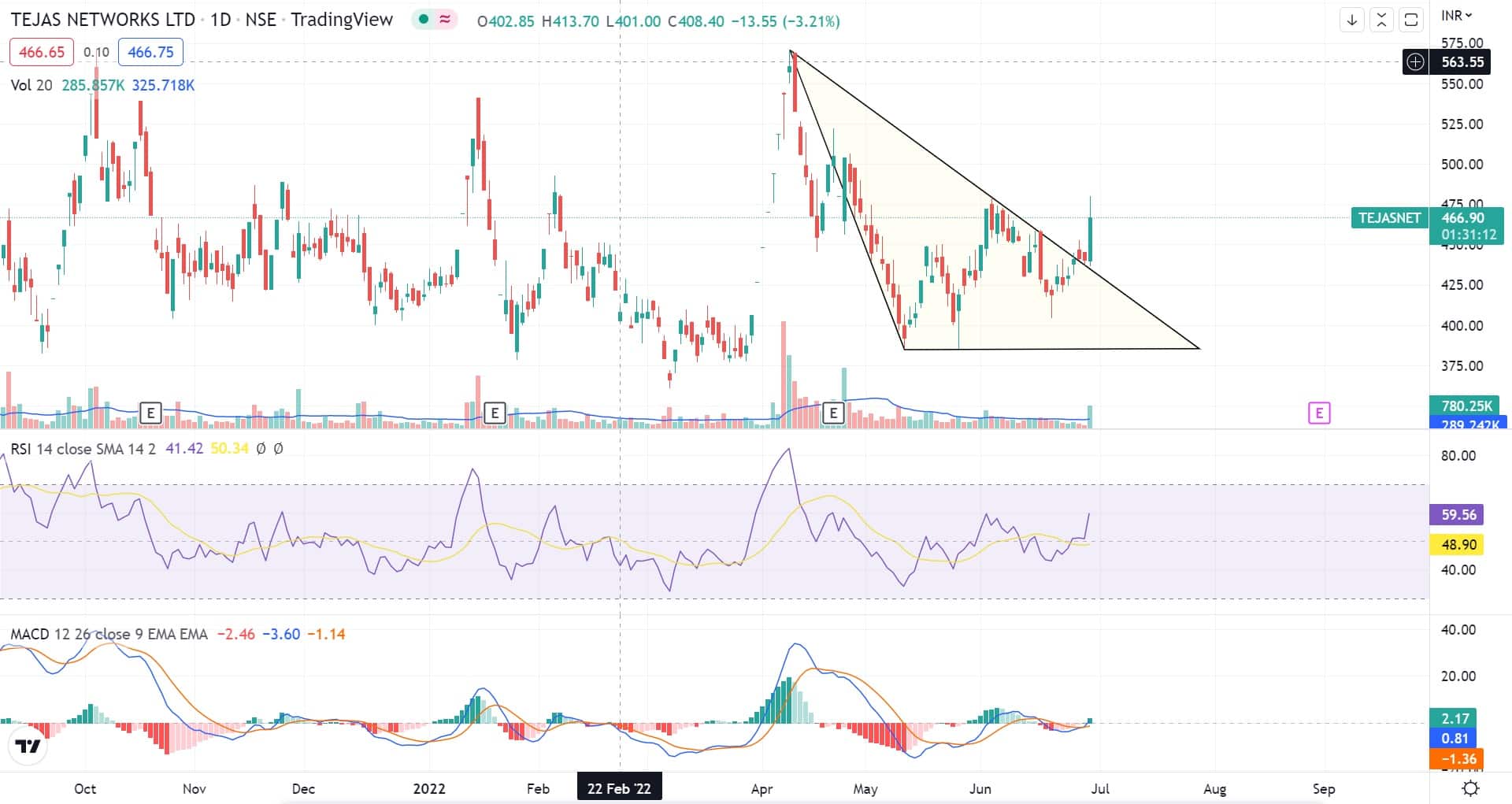 Though the counter is looking lucrative but at the current juncture it is trying to make triple top near Rs 685-690 levels. Also volume is very high at extreme price levels which is a sign of exhaustion.

One can book some profits at the current levels and fresh buying as of now is not advised. Disclaimer: The views and investment tips expressed by investment experts on Moneycontrol.com are their own and not those of the website or its management. Moneycontrol.com advises users to check with certified experts before taking any investment decisions.
Sunil Shankar Matkar
Tags: #Adani Transmission #Market Edge #Nifty #Orient Bell #Sensex #Stocks Views #Tejas Networks #Trade Spotlight
first published: Jun 30, 2022 07:31 am