Trade Spotlight: What should investors do with Bank of Maharashtra, IOB and Bank of India?

Stocks like Bank of Maharashtra, Indian Overseas Bank, and Bank of India were locked in the upper circuit of 20 percent each on privatization buzz were some of the stocks in focus on Wednesday.

Indian market broke below crucial support levels on Wednesday as consolidation continued for the second consecutive day in a row.

Sectorally, the action was seen in Public Sector, power, Telecom, Energy, and industrials while profit-taking was visible in healthcare, IT, finance, banks, and realty stocks.

Stocks like Bank of Maharashtra, Indian Overseas Bank, and Bank of India were locked in the upper circuit of 20 percent each on privatization buzz were some of the stocks in focus on Wednesday.

We have collated views of experts on what investors should do with these stocks when the market resumes trading on February 18: 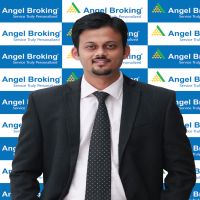 PSU banking space has been buzzing of late and some of such smaller names are having a catch-up rally to their larger peers. In the last couple of sessions, this stock has literally zoomed up on the hopes of privatization.

Technically speaking, we can see a huge breakout in prices with humongous volumes. Thus, it certainly looks encouraging and has the potential to continue this move towards 25 – 27 over the next few days.

However, considering the risk-reward aspect, it’s not advisable to make a fresh entry, rather one should stay put on existing positions by trailing a strict stop loss below 20.

This stock has been one of the worst-performing PSU banks over the years. However, all of a sudden we can see some life in this stock after the government shortlisting this bank too for privatization.

If we purely look at the chart structure, we can see a consolidation breakout with significantly higher volumes and hence, can be seen as a candidate for slightly longer targets.

But, as we all know how deceptive such stocks can be and hence, we would keep a close eye on them at regular intervals. As of now, the stock looks poised for a move towards 19 – 22 and momentum traders can look to lighten up positions in the rally.

This has been one of the traders’ favourite counters once, but has lost its charm over the past 4 years now. After a long time, the stock has come into the limelight and the reason is the same as mentioned in the other two counters.

Looking at the weekly and monthly time frame charts, we expect the stock to head towards 110, where one should ideally be reassessing the situation. We maintain a hold with a strict stop loss below 70.