Live: Commodity Markets Live: Coffee Prices Are Steaming Up; Here's Why
you are here: HomeNewsBusinessMarkets

Trade Spotlight: What should investors do with Asian Paints, Tata Chemicals, Indus Towers and Oberoi Realty?

Here's what Rajesh Palviya, VP-Technical and Derivative Research, Axis Securities, recommends investors should do with the 3 stocks when trading resumes today

It was a good week for the market, as the BSE Sensex went past 60,000 and the Nifty50 rose above 17,900 on September 24. It market rose more than 1.5 percent during the week, the fifth such successive period of gains.

Real estate stocks, too, were in focus on September 24 as the Mumbai-based developer Oberoi Realty hit a high of Rs 967 before closing with gains of 10 percent at Rs 932. 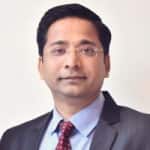 Here's what Rajesh Palviya, VP-Technical and Derivative Research, Axis Securities, recommends investors should do with these stocks when trading resumes today:

At the current close, the stock has decisively broken out of its two-year "multiple resistance" zone of Rs 285 on a weekly closing basis. This breakout was accompanied by huge volumes, representing increased participation.

On the daily and weekly charts, the stock continues to scale upward forming a series of higher tops and higher-bottom formation, indicating a sustained uptrend.

The stock has also recaptured its 200-day simple moving average (SMA) of Rs 244, which signals bullish sentiments ahead.

The stock is in a strong up trend across all the time frames forming a series of higher tops and higher-bottom formations. The stock has rebounded sharply from its 20-day SMA (Rs 3,300), which remains an immediate support zone.

With strong gains on September 24, the stock witnessed a two-week consolidation range breakout at Rs 3,404 on a closing basis.

With the current weekly close, the stock surpassed its previous six-week consolidation range on a closing basis, indicating resumption of an earlier up trend.

The stock is well placed above its 20, 50 and 100-day SMAs, which show rising momentum along with price rise.

The stock is in an up trend across all time frames and huge volumes at breakout zone signal rising participation in the rally.

The daily and weekly Relative Strength Index (RSI) is in a positive terrain along with a bullish crossover indicating sustained strength.

The stock is a strong up trend across all time frames, forming a series of higher tops and bottoms. The stock has recaptured 20 and 50-day SMAs, which remain a crucial support zone.

This buying movement, coupled with rising volumes, indicates increased participation in every rally. Buying and accumulation range would be Rs 938-900 and the target Rs 980-1,030.