Escorts hit a fresh life high, Bajaj Finance was among the top Nifty gainers, up 6.2 percent, and Jubilant FoodWorks closed with gains of nearly 5 percent.

Indian market witnessed a breakout on September 28 on the back of positive global and domestic cues. Sensex rallied nearly 600 points while the Nifty50 reclaimed 11,200 levels.

Sectorally, the action was seen in the power, banks, public sector, auto, and realty space while some profit-taking was visible in the IT space.

Stocks like Escorts hit a fresh life high, Bajaj Finance was among the top Nifty gainers, up 6.2 percent, and Jubilant FoodWorks closed with gains of nearly 5 percent.

We have collated views of experts on what investors should do when the market resumes trading on Tuesday, September 29: 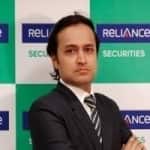 The stock has managed to hold on to its short and medium-term averages to scale a new all-time high on Monday surpassing its double-top at Rs 1280 levels.

The positive trend will continue until 1180 is not breached on the downside which is the 50-Days average.

The stock has witnessed a bounce from lower levels after a correction over the past few weeks from its recent high of Rs 3,750 levels.

It has closed near its 200-Day average and a crossover of Rs 3,450 levels on the higher side will witness a breakout to recover its prior losses. Going forward, any decline near the Rs 3,180 level would be a good entry point.

The stock is one of the consistent outperformers to make a new all-time high after a minor pullback or consolidation since its breakout from a band of averages in July 20.

We believe that the stock has strong support at Rs 2280-2320 levels and we expect the stock to outperform in near future as well.