The market gained back its momentum for the first time in the last five consecutive sessions and clocked one percent gains on March 8. The broader markets also joined the rally with the Nifty Midcap 100 and Smallcap 100 indices rising 1.24 percent and 1.51 percent respectively.

All sectors, barring metal, supported the market to snap the four-day losing streak. The BSE Sensex jumped 581 points to 53,424, while the Nifty50 rose 150 points to 16,013 and formed a bullish candle which resembles a Bullish Engulfing kind of pattern on the daily charts. Maximum Call open interest of 19.79 lakh contracts was seen at 17,000 strike, which will act as a crucial resistance level in the March series.

Maximum Put open interest of 37.23 lakh contracts was seen at 16,000 strike, which will act as a crucial support level in the March series.

A high delivery percentage suggests that investors are showing interest in these stocks. The highest delivery was seen in Marico, Whirlpool, Pfizer, Alkem Laboratories, and ITC among others on Tuesday. An increase in open interest, along with an increase in price, mostly indicates a build-up of long positions. Based on the open interest future percentage, here are the top 10 stocks in which a long build-up was seen including GSPL, Bank Nifty, Bajaj Auto, ICICI Bank, and SBI. 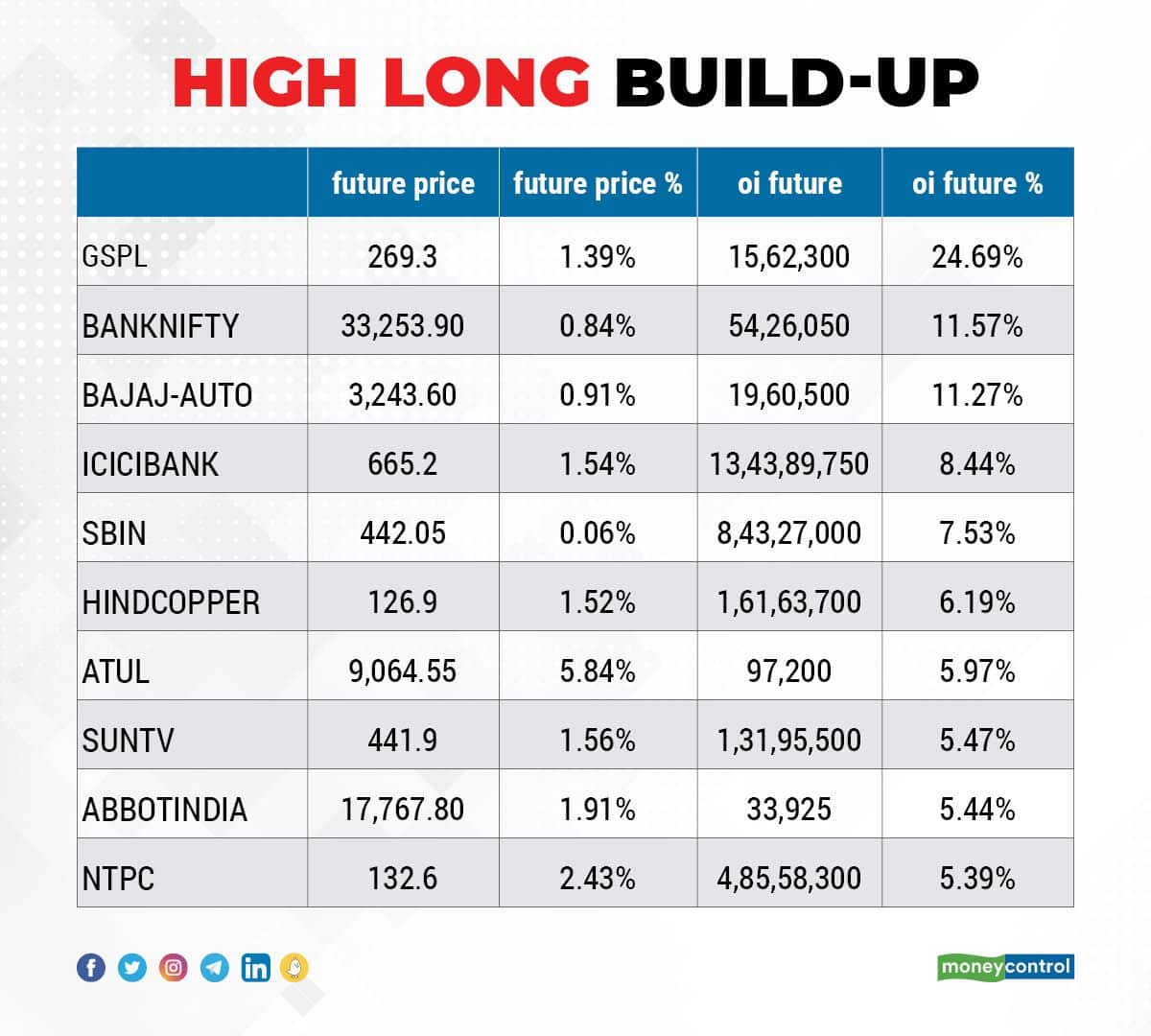 A decline in open interest, along with a decrease in price, mostly indicates a long unwinding. Based on the open interest future percentage, here are the top 10 stocks in which long unwinding was seen including Navin Fluorine International, Hindalco Industries, Balrampur Chini Mills, InterGlobe Aviation, and NMDC. 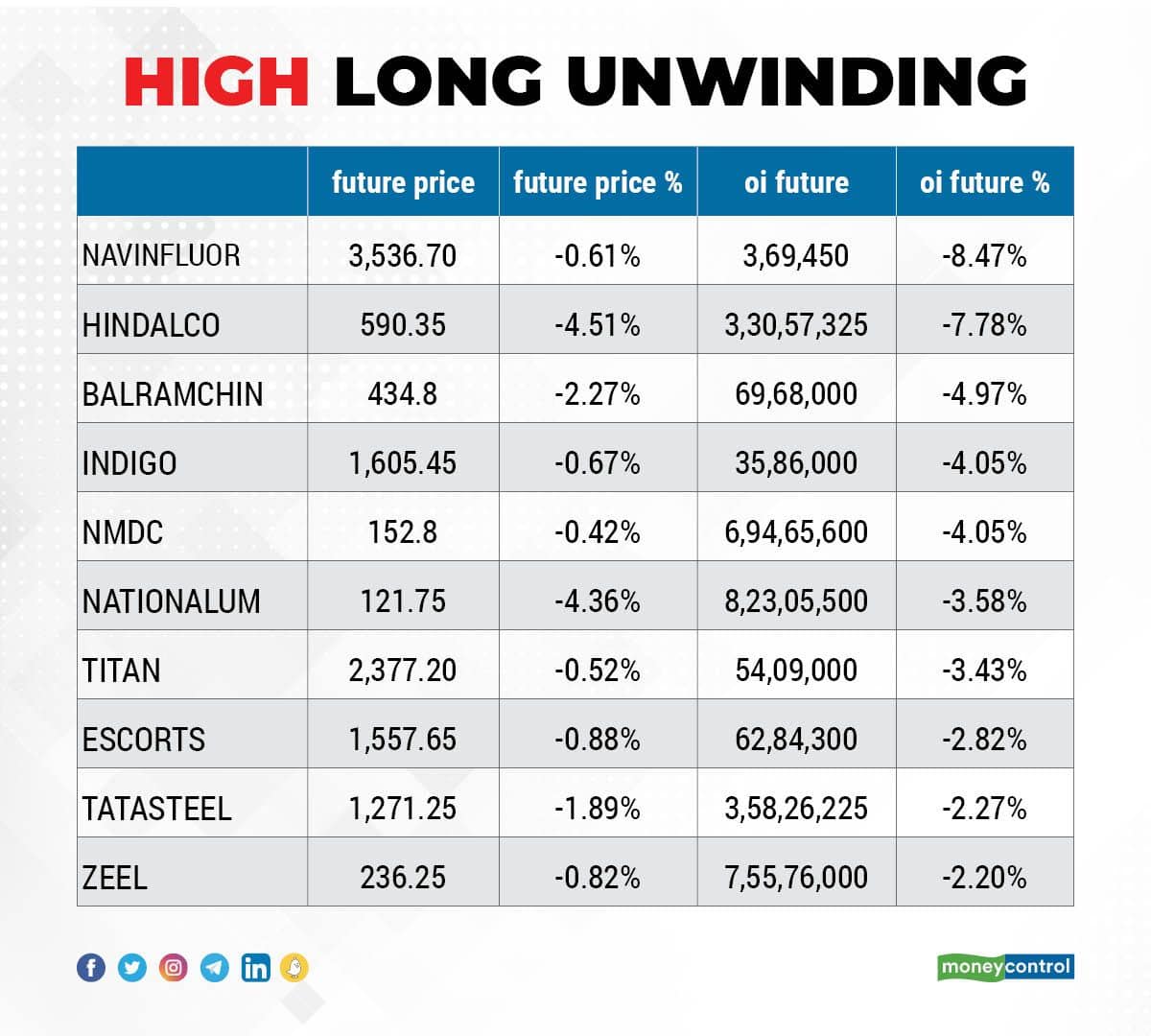 An increase in open interest, along with a decrease in price, mostly indicates a build-up of short positions. Based on the open interest future percentage, here are the 10 stocks in which a short build-up was seen including JK Cement, MCX India, Motherson Sumi Systems, Whirlpool, and Ashok Leyland. A decrease in open interest, along with an increase in price, mostly indicates a short-covering. Based on the open interest future percentage, here are the top 10 stocks in which short-covering was seen including Nifty Financial, Indraprastha Gas, AU Small Finance Bank, SBI Card, and Dalmia Bharat. 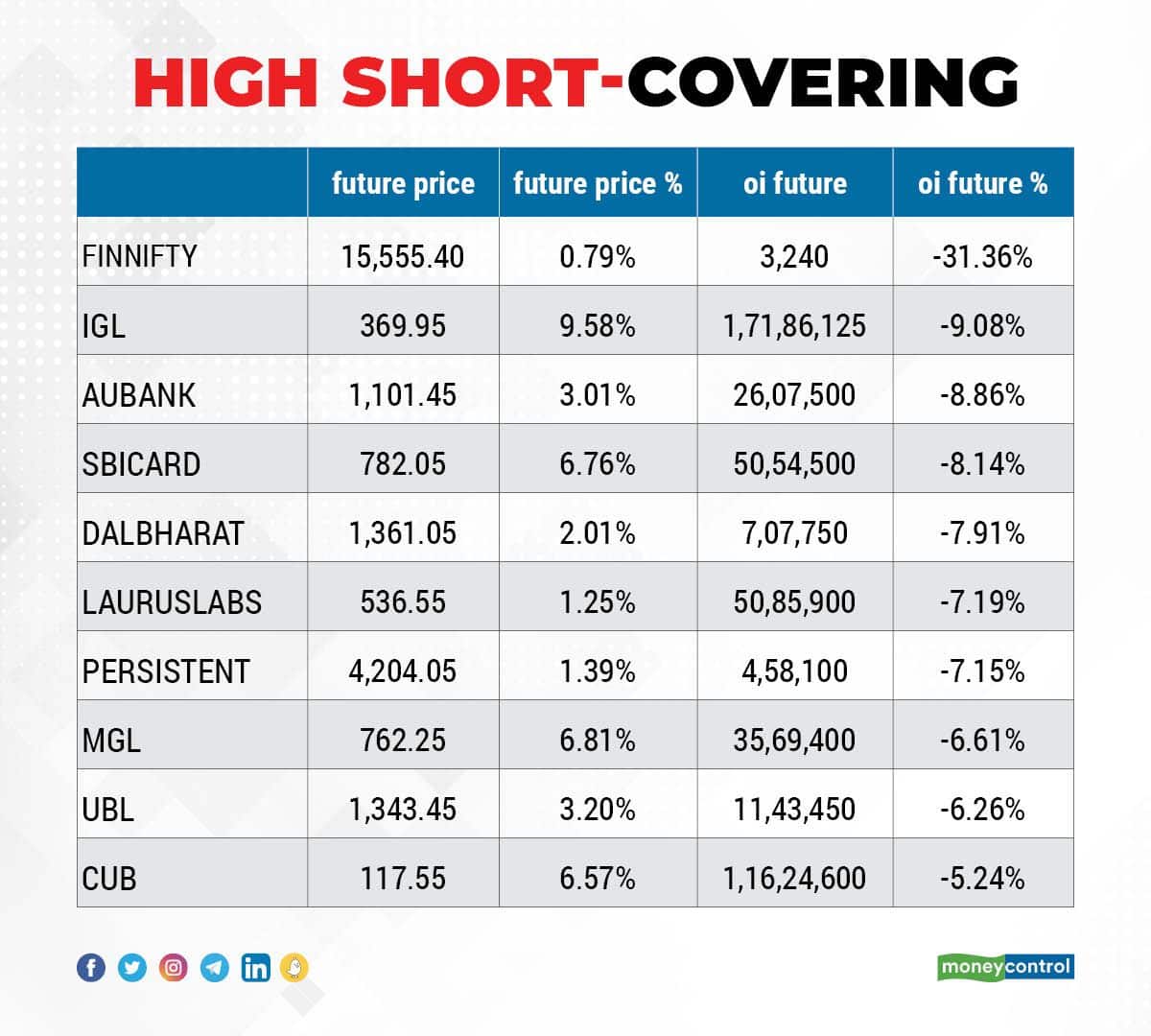 GR Infraprojects: Smallcap World Fund Inc sold 12,20,263 equity shares in the company via open market transactions. These shares were sold at an average price of Rs 1,280 per share. 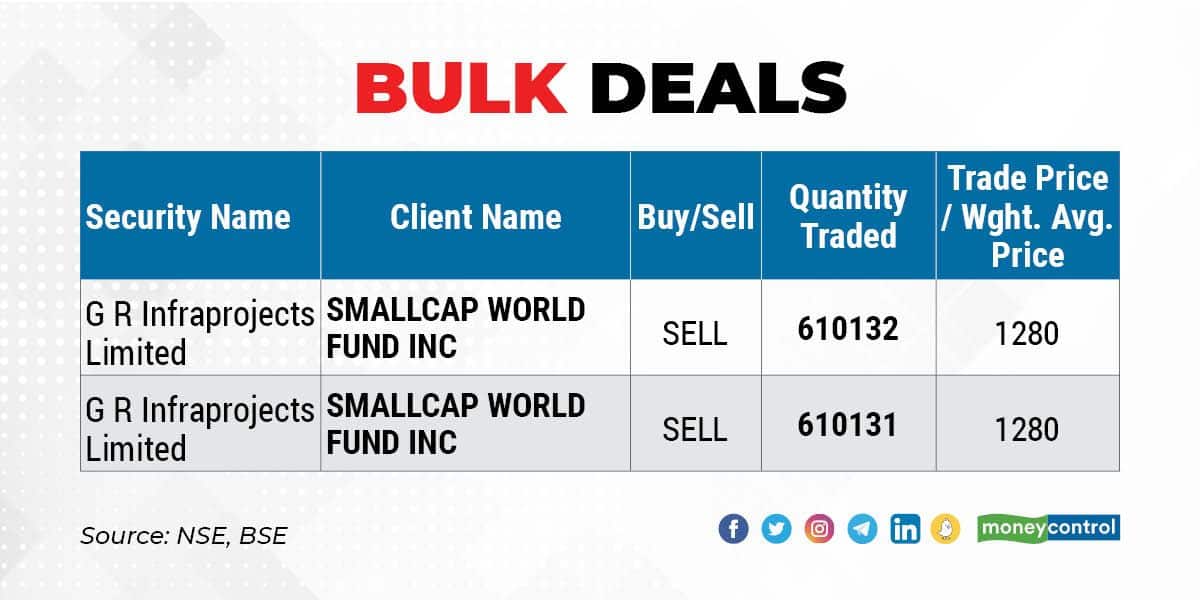 Shoppers Stop: The company's officials will meet Sharekhan on March 9.

CRISIL: The company's officials will meet Quantum Advisors on March 10.

KEC International: The company's officials will meet HDFC Securities on March 10; and Prabhudas Lilladher on March 14.

Yasho Industries: The company said its board on March 16 will consider capital expenditure for a new greenfield project with a capacity of 15,500 metric tonne per annum at Bharuch, Gujarat.

Zydus Lifesciences: Zydus' US-based biopharmaceutical arm Sentynl Therapeutics Inc has executed an asset purchase agreement for the sale of BridgeBio's Nulibry (Fosdenopterin) for injection. Nulibry is approved by the US Food and Drug Administration (USFDA) to reduce the risk of mortality in patients with molybdenum cofactor deficiency (MoCD) Type A, an ultra-rare, life-threatening paediatric genetic disorder.

ISGEC Heavy Engineering: The company has bagged a large order for cement waste heat recovery boilers from Shree Cement in Nawalgarh, Rajasthan. The scope of work includes designing, manufacturing, and supplying of PH boiler in the pre heater exhaust and AQC boiler in the cooler exhaust. The current order for the Nawalgarh site will be the third project that Isgec has received from Shree Cement.

Bafna Pharmaceuticals: Promoter SRJR Life Sciences LLP will sell 99,357 equity shares or 0.42 percent stake in the company through open market transactions. The purpose of this stake sale, which will start from March 9, is to achieve minimum public shareholding.

Not a single stock is under the F&O ban for March 9. Securities in the ban period under the F&O segment include companies in which the security has crossed 95 percent of the market-wide position limit.

Disclaimer: The views and investment tips expressed by investment experts on Moneycontrol.com are their own and not those of the website or its management. Moneycontrol.com advises users to check with certified experts before taking any investment decisions.
Sunil Shankar Matkar
Tags: #Market Cues #Market Edge #Nifty #Sensex #Trade Setup #video
first published: Mar 8, 2022 09:48 pm