The Nifty failing to sustaining above the resistance of 12,270-12,280 levels in the short term could drag it down to the lower supports, Nagaraj Shetti of HDFC Securities said.

The market continued its rally for the second consecutive session on February 12 after the positive momentum in global peers amid reports that the risk of coronavirus spreading further is fading away.

"The underlying trend of Nifty continues to be positive. A sustainable move above the next overhead resistance of 12,272 (swing high of January 24) could increase the chances of Nifty moving into new all-time highs, just above 12,430 levels," Nagaraj Shetti, Technical Research Analyst at HDFC Securities told Moneycontrol.

"The Nifty failing to sustaining above the resistance of 12,270-12,280 levels in the short term could drag it down to the lower supports. Immediate support is placed at 12,160 levels," he added.

The market breadth was in favour of bears which indicated caution ahead of IIP and CPI data announced later in the day.

About three shares declined for every two shares advancing on exchanges.

"The impact of coronavirus has already affected the supply chains and factory activities across the globe, but the ground reality is improving in China and we can expect improvement in the next quarter. The domestic market is awaiting the January inflation and consensus show a spike in inflation which is expected to impact rate-sensitive stocks," Vinod Nair- Head of Research at Geojit Financial Services said.

Among sectors, Nifty Bank, Auto, IT and Metal indices gained more than half a percent each, while FMCG climbed 1.88 percent.

Maximum Call open interest (OI) of 27.37 lakh contracts was seen at the 12,500 strike price. It will act as a crucial resistance level in the February series. Maximum Put open interest of 40.35 lakh contracts was seen at 12,000 strike price, which will act as crucial support in the February series. 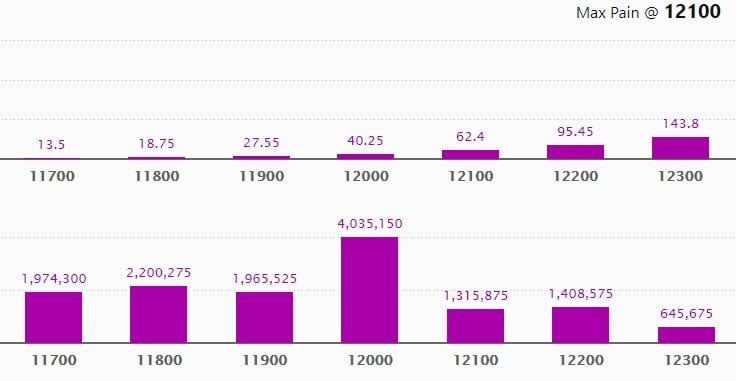 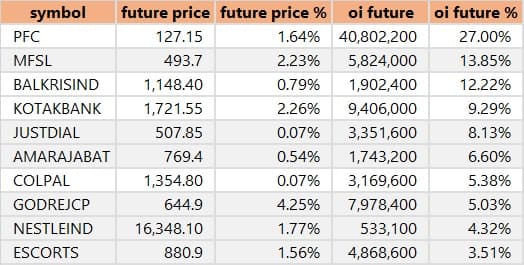 Based on open interest (OI) future percentage, here are 10 stocks in which long unwinding was seen. 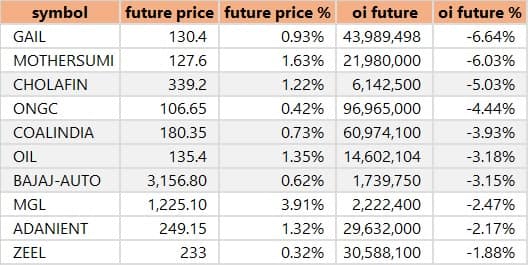 Yes Bank is under the F&O ban for February 13. Securities in the ban period under the F&O segment include companies in which the security has crossed 95 percent of the market-wide position limit.