The government's latest infra push failed to propel benchmark indices Sensex and Nifty as they logged minor gains on the first trading session of 2020.

The broader markets continued to outperform frontliners for the fifth consecutive session. About three shares advanced for every two shares declining on the NSE.

"Going ahead, markets are likely to remain in a narrow range due to mixed cues. While global markets will resume from their year-end holidays, Indian markets would be looking ahead for the December quarterly results and any significant developments from the government before the Union Budget," said Siddhartha Khemka, Head - Retail Research at Motilal Oswal Financial Services.

Maximum Call open interest (OI) of 23.20 lakh contracts was seen at the 12,500 strike price. It will act as a crucial resistance level in the January series.

Maximum Put open interest of 35.41 lakh contracts was seen at 12,000 strike price, which will act as crucial support in the January series. 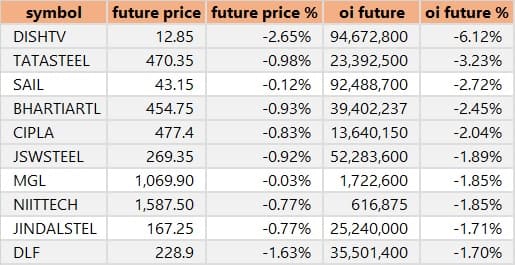 As per available data, 10 stocks witnessed short-covering on December 31. A decrease in open interest, along with an increase in price, mostly indicates a short covering. 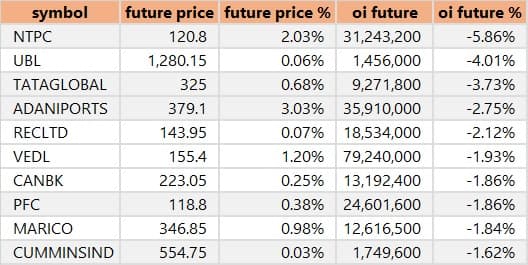 Can Fin Homes: Board meeting is scheduled on January 20 to consider October-December quarter earnings.

JBM Auto: The merger of JBM Auto System and JBM MA Automotive with the company is effective on January 1.

Prakash Industries: Company secured allocation of long-term coal linkages of 1.69 lakh MT per annum for the next 5 years for its 5th sponge iron kiln.

Yes Bank is under the F&O ban for January 2, 2020. Securities in the ban period under the F&O segment include companies in which the security has crossed 95 percent of the market-wide position limit.