Trade setup for Monday: Top 15 things to know before the opening bell

Experts say the profit booking in the previous two sessions was minor and the near-term uptrend remains intact. The immediate support for the Nifty is at 18,550-18,450

The market ended lower for the first time in nine sessions on December 2, closing around 0.6 percent down from the previous day on profit booking and weak global cues.

"A small negative candle was formed on the daily chart, which is back to back in the last two sessions. This pattern indicates a resumption of minor profit-booking in the market from all-time highs. The present weakness seems to be a minor one as compared to the sharp upmove in the last two weeks," Nagaraj Shetti, Technical Research Analyst at HDFC Securities said.

The Nifty, as per the weekly chart, formed a long positive candle with an upper shadow. The near-term uptrend remains intact and there is a possibility of a bounce from the lows over the next one or two sessions, the market expert said. The immediate support for the Nifty is at 18,550-18,450.

The broader market, however, continued to perform well. The Nifty midcap 100 and smallcap 100 indices gained 0.9 percent and 0.6 percent.

The maximum Call open interest was at 19,000 strike, with 33.63 lakh contracts, which can act as a crucial resistance level in the December series.

The maximum Put open interest was at 18,000 strike, with 32.94 lakh contracts that can act as a crucial support level in the December series.

A high delivery percentage suggests that investors are showing interest in those stocks. The highest delivery was seen in Colgate Palmolive, Petronet LNG, HCL Technologies, ICICI Bank and Alkem Laboratories among others. An increase in open interest, along with an increase in price, mostly indicates a build-up of long positions. Based on the open interest future percentage, long build-up was seen in 48 stocks on December 2. These include United Breweries, Oracle Financial, Vedanta, L&T Finance Holdings, and JK Cement. A decline in open interest, along with a decrease in price, mostly indicates a long unwinding. Based on the open interest future percentage, 34 stocks, including HCL Technologies, Sun Pharma, Nifty, Bank of Baroda, and Abbott India, saw long unwinding on December 2. An increase in open interest, along with a decrease in price, mostly indicates a build-up of short positions. Based on the open interest future percentage, a short build-up was seen in 44 stocks, including Nifty Financial, Eicher Motors, Sun TV Network, Bajaj Finance, and Syngene International, on December 2. 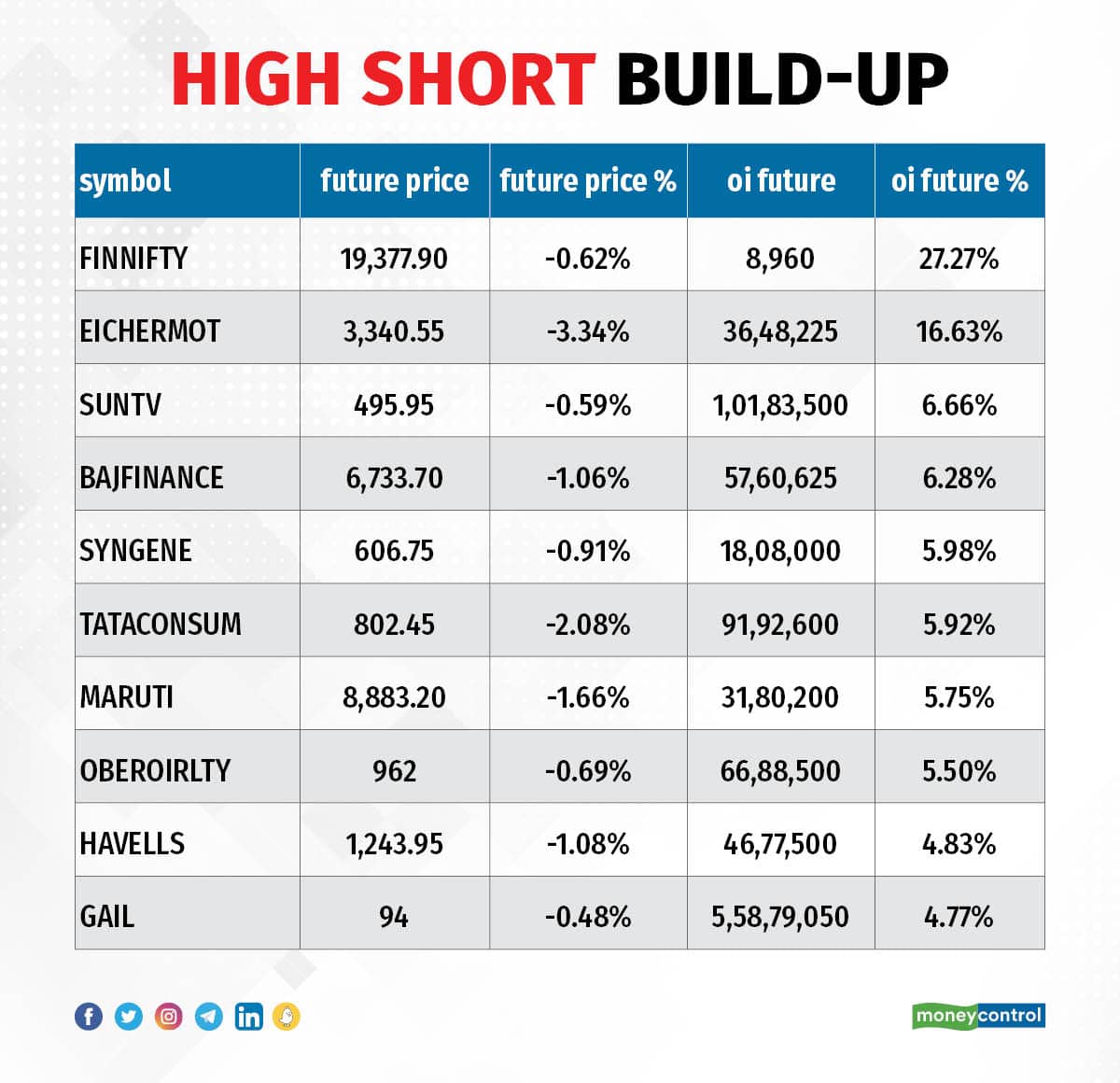 A decrease in open interest, along with an increase in price, mostly indicates a short-covering. Based on the open interest future percentage, 65 stocks saw short-covering, including BHEL, Atul, Polycab India, L&T Technology Services, and Metropolis Healthcare. Krishna Institute of Medical Sciences: Investor General Atlantic Singapore Kh Pte Ltd sold 14.50 lakh shares in KIMS via open market transaction at an average price of Rs 1,480 a share, which was worth Rs 214.6 crore. Amansa Holdings bought 13.95 lakh of these shares at the same price.

Veritas (India): Investor Swan Energy bought 7 lakh shares or a 2.6 percent stake in the company through an open market transaction at an average price of Rs 143.65 a share. Promoter Niti Nitinkumar Didwania sold the shares at the same price.

NDTV: Vikasa India EIF I Fund sold 3.89 lakh equity shares (0.6 percent stake) in the media company through open market transactions at an average price of Rs 414.54 a share. The fund held 4.42 percent stake in NDTV as of September 30, 2022. Larsen & Toubro: Officials of the company will participate in Macquarie India Summit.

Hindustan Zinc: Officials of the company will interact with prospective investors through non-deal roadshows for the disinvestment of the residual government shareholding in the company.

Hindustan Unilever: Officials of the company will be participating in a Non-Deal Roadshow for group and one-on-one meetings in Singapore.

Nuvoco Vistas Corporation: Officials of the company will interact with HSBC Securities.

Bank of India: Representatives of the bank will interact with Premji Trust.

Mahanagar Gas: Officials of the company will interact with Nirmal Bang.

Alkem Laboratories: Officials of the company will interact with Nippon AMC.

Bank of India: The public sector lender has raised Rs 1,500 crore by allotting Basel-III compliant additional Tier-I bonds to seven investors. The bonds issue, which opened on December 1, received a good response from investors, getting bids worth Rs 6,367 crore against an offer size of Rs 1,500 crore.

Inox Green Energy Services: The wind power operation and maintenance service provider posted a net loss of Rs 11.87 crore on a consolidated basis for the quarter ended September FY23. The losses widened from Rs 11.58 crore in the previous quarter. Revenue from operations rose marginally to Rs 61.9 crore from Rs 61.79 crore in the same period.

Mahindra & Mahindra Financial Services: The company said that in November the business continued its momentum with the disbursement of approximately Rs 4,500 crore, delivering a 75 percent YoY growth on a positive macro environment. The year-to-date disbursement at Rs 31,050 crore grew by 99 percent YoY. The collection efficiency was at 96 percent for November 2022 against 94 percent in the year-ago period. The company expects further improvement in Stages 2 and 3 assets in December.

Ion Exchange (India): The company has received a Rs 343.36-crore contract from Indian Oil Corporation. The work includes designing, engineering, manufacturing, supply, erection, testing, pre-commissioning, commissioning, performance guarantee test run and operation & maintenance for five years of zero liquid discharge plant at IOC's Panipat refinery. The project is to be commissioned within 16 months from the date of the letter of acceptance.

Hindustan Aeronautics: The state-run defence company has received an income-tax refund order from the office of the deputy commissioner of income tax for the year 2011-12. The order allows an R&D expenditure of Rs 595.23 crore as capital expenditure, resulting in a refund of Rs 427.45 crore. The refund includes an interest of Rs 176.93 crore.