Market benchmarks Sensex and Nifty closed with gains for the week, ending June 26.

The S&P BSE Sensex rose 1.2 percent while the Nifty50 gained 1.3 percent for the week ended June 26 compared with 3.5 percent rally seen in the S&P BSE Midcap index, and the S&P BSE Smallcap index closed with gains of 2.8 percent in the same period.

Close
Rising COVID-19 cases in the US and India, the military stand-off between India and China at the border and the ongoing spat between China and the US on many issues including trade and the source of the pandemic

remain pressure points for the markets across the globe.

Maximum call OI of 15.87 lakh contracts was seen at 10,500 strike, which will act as crucial resistance in the July series.

Maximum Put OI of 19.22 lakh contracts was seen at 10,000 strike, which will act as crucial support in the July series.

Phoenix Mills: Board to consider fundraising on June 29. 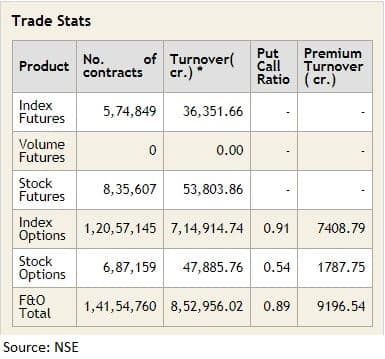 Stock under F&O ban on NSEThere is no stock under the F&O ban for June 29. Securities in the ban period under the F&O segment include companies in which the security has crossed 95 percent of the market-wide position limit.