The Nifty has to close above 16,172 for a sustainable up move. Traders should wait for more signs of strength for a long-side trade, Mazhar Mohammad of Chartviewindia has said

The market showed smart recovery from the day's low and closed with moderate losses on the first day of the new monthly F&O series, July 1, extending downtrend for the second consecutive session. Oil & gas stocks pulled the market down after windfall gain tax was imposed on oil producers but the buying in FMCG, IT, banking and financial services stocks curtailed losses significantly.

The BSE Sensex fell 111 points to 52,908, while the Nifty50 declined 28 points to 15,752 and formed a bullish candle that resembled a Hammer pattern on the daily charts. On the weekly scale, it formed a bearish candlestick, as the closing was lower than the opening level though the index gained a third of a percent.

"Nifty50 smartly recovered from the intraday low of 15,511 levels to register a Hammer kind of formation on the daily chart. However, on the weekly charts, it appears to be staring at a bearish gap zone of 15,886 and 16,172 levels," Mazhar Mohammad, Founder and Chief Market Strategist at Chartviewindia said.

Hence, unless Nifty absorbs the supplies emanating from the said bearish zone, with a close above 16,172 levels, a sustainable up move shall not be expected, he said.

The market expert feels for a long-side trade from the current levels, technically, the stop-loss level remains below 15,511, which may not deliver a favourable risk-reward ratio as initial resistance is placed around 15,900 levels.

Hence, he advised traders to wait for more signs of strength for a long-side trade.

Maximum Call open interest of 22.46 lakh contracts was seen at 17,000 strike, which will act as a crucial resistance level in the July series. Maximum Put open interest of 30.42 lakh contracts was seen at 15,000 strike, which will act as a crucial support level in the July series. A high delivery percentage suggests that investors are showing interest in these stocks. The highest delivery was seen in Kotak Mahindra Bank, HDFC Bank, HCL Technologies, Oracle Financial, and Havells India, among others. 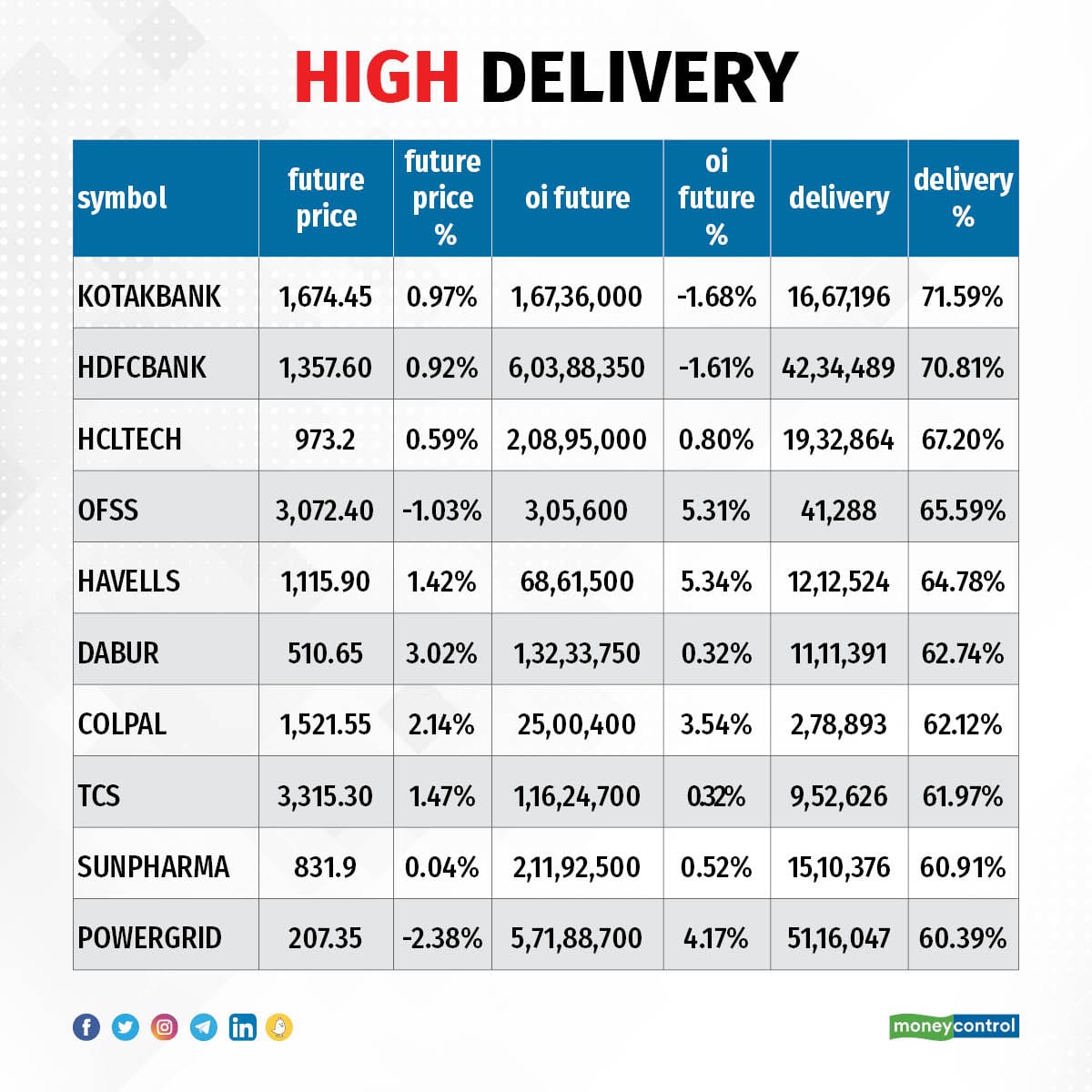 An increase in open interest, along with an increase in price, mostly indicates a build-up of long positions. Based on the open interest future percentage, here are the top 10 stocks including Sun TV Network, Bank Nifty, Manappuram Finance, Abbott India, and TVS Motor Company, in which a long build-up was seen. A decline in open interest, along with a decrease in price, mostly indicates a long unwinding. Based on the open interest future percentage, here are the 8 stocks including AU Small Finance Bank, ABB India, Vedanta, Voltas, and Indus Towers, in which long unwinding was seen. An increase in open interest, along with a decrease in price, mostly indicates a build-up of short positions. Based on the open interest future percentage, here are the 10 stocks including ONGC, Reliance Industries, Persistent Systems, Coforge, and L&T Technology Services, in which a short build-up was seen. 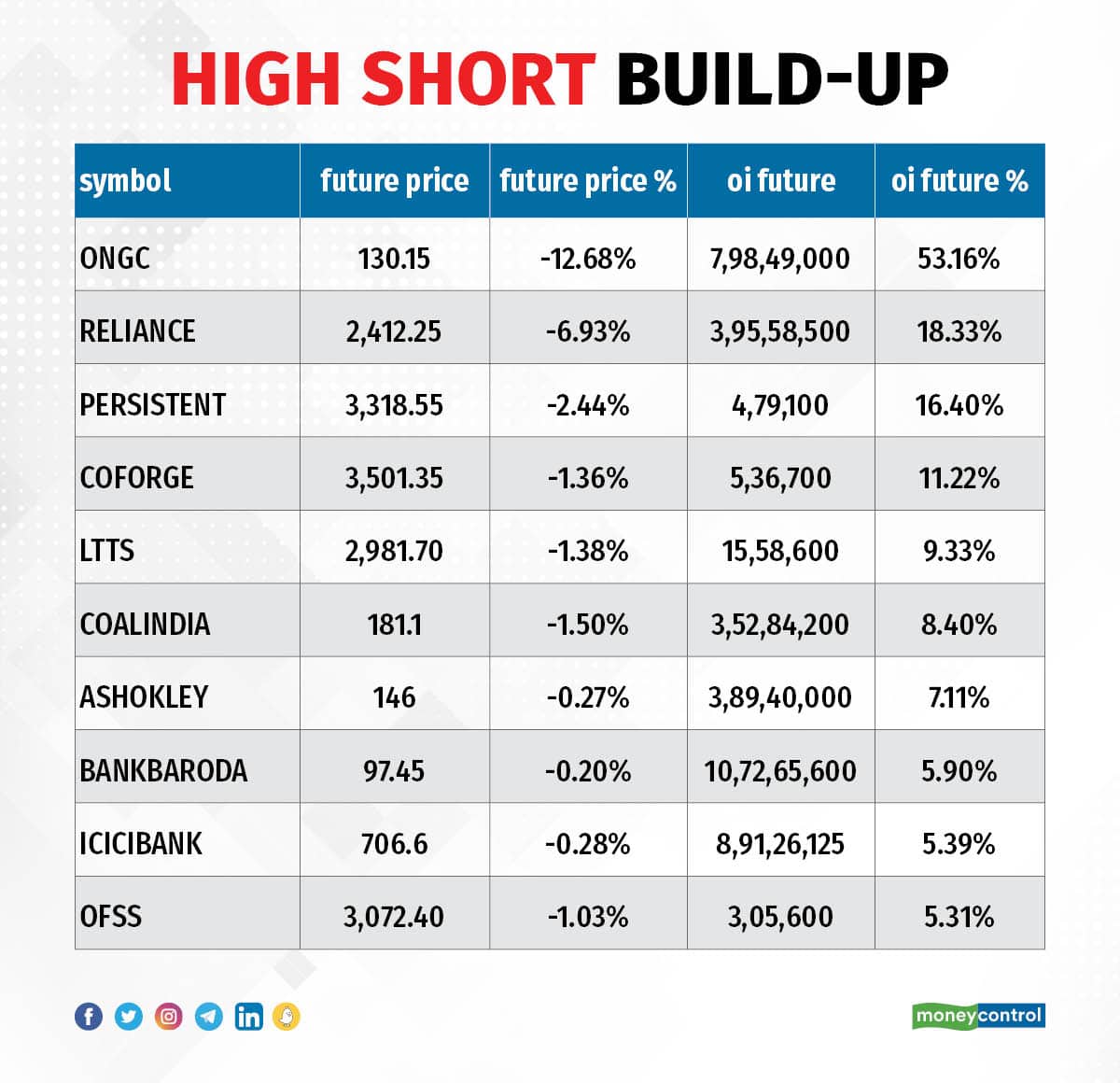 A decrease in open interest, along with an increase in price, mostly indicates a short-covering. Based on the open interest future percentage, here are the top 10 stocks including Nifty Financial, Info Edge, BPCL, HDFC Life Insurance Company, and Syngene International, in which short-covering was seen. 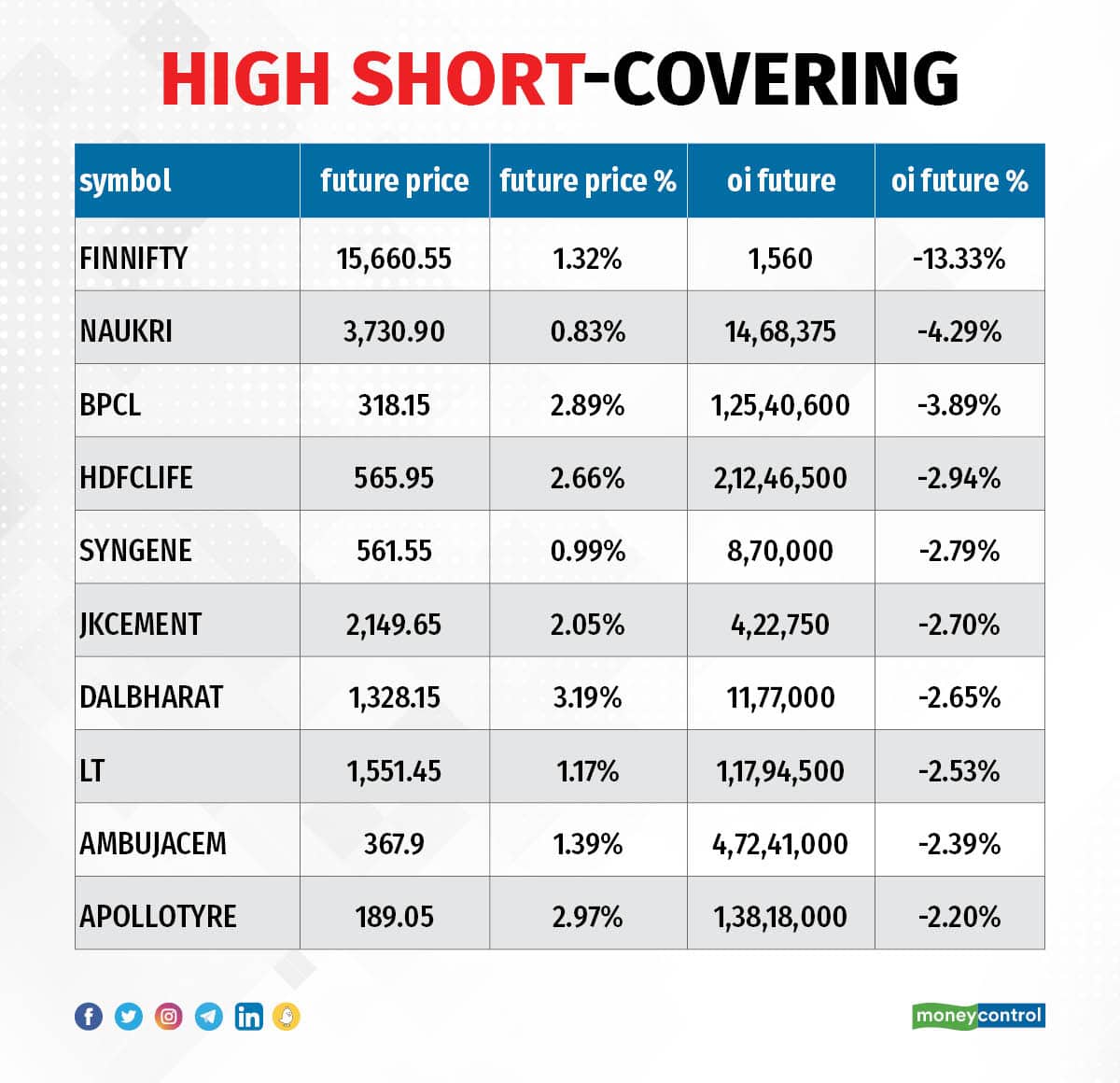 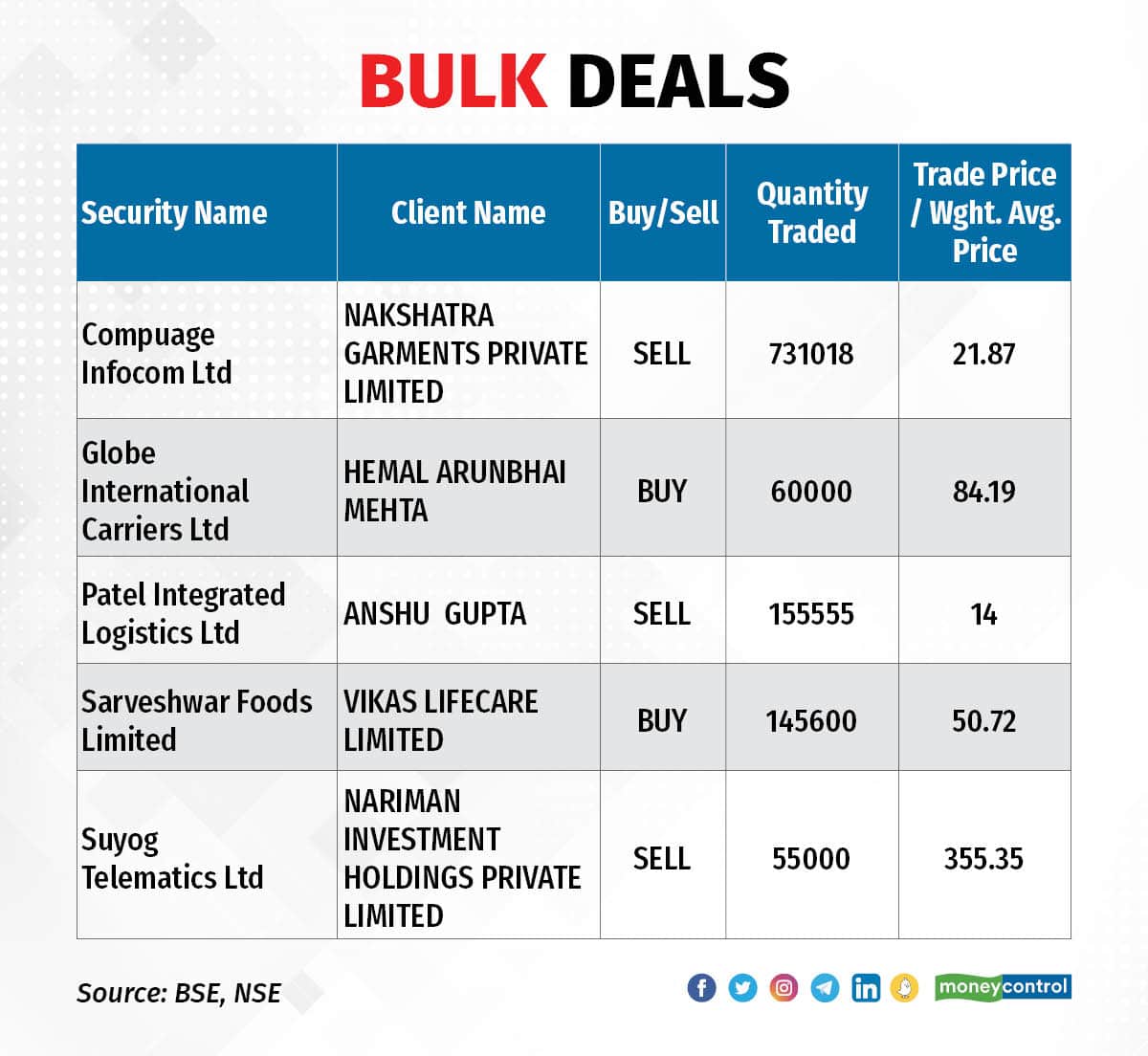 Nazara Technologies: Officials of the company will meet analysts and institutional investors in a non-deal roadshow organised by CLSA>

EKI Energy Services: Officials of the company will be participating and meeting with 10 investors through roadshow from July 4 till July 7 in Singapore.

Astrazeneca Pharma: Officials of the company will meet investors and analysts.

Hemisphere Properties India: Tata Sons Pvt Ltd has sold 59.85 lakh equity shares or 2.1 percent stake in the company via open market transactions during June 28-29. With this, Tata Sons' shareholding in the company reduced to 11.97 percent, down from 14.07 percent earlier.

Glenmark Pharmaceuticals: The USFDA has issued Form 483 with one observation after an inspection at the company's formulation manufacturing facility based out of Aurangabad, India between June 27 and July 1, 2022.

As we are in the beginning of July series, the National Stock Exchange has not added any stock under its F&O ban list for July 4. Securities in the ban period under the F&O segment include companies in which the security has crossed 95 percent of the market-wide position limit.