Investors are advised to stay cautious but if you are long the keep a stop below 10,550 levels. A slip below this level could see Nifty cracking by 1-2 percent, suggest experts.

The Nifty closed below its crucial support placed at 10,600 levels on Friday which could accelerate the selling pressure on D-Street and the next major support could come at 50-days moving average placed at 10,550-10,560.

The Nifty now trades below its key short-term moving averages such as 5-DEMA, 13-DEMA, and 20-DEMA. The index formed a bearish candle on the daily candlestick charts and a Bearish Engulfing candle on the weekly scale which indicates dominance by bears.

Investors are advised to stay cautious but if you are long the keep a stop below 10,550 levels. A slip below this level could see Nifty cracking by 1-2 percent, suggest experts.

The Nifty index opened flat but continued its losing streak for the fourth consecutive session. It opened at 10,671 and rose to an intraday high of 10,674.

Bears took control of the market in mid-morning trade and pushed the index below 10,600 levels to touch its intraday low of 10,589. The index finally closed 86 points lower at 10,596.

“If the correction doesn’t end around its 50-day moving average placed around 10,550 levels then it should ideally extend by another 1-2 percent with the downside targets placed in the zone of 10,440 – 10,324 levels,” he said.

Mohammad further added that based on our wave counts, one corrective structure shall end between 10,601 – 10,550 levels and as Nifty dipped inside this critical zone traders are advised to wait for some signs of strength before initiating long positions and for this bet, a stop below 10,550 on closing basis looks to be the ideal level.

In terms of open interest, the 11,000 Call option has seen the most call writing so far at 58.49 lakh contracts. This could act as a crucial resistance level for the index in the May series.

Maximum open interest in put options was seen at a strike price of 10,500, in which 53.76 lakh contracts been added till date. This could be a crucial resistance level for the index in May series.

During the session, put writing was seen the most at a strike price of 10,000, with 3.32 lakh contracts being added. 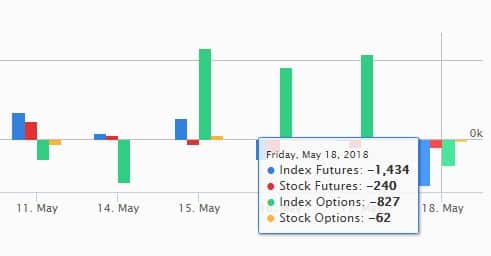 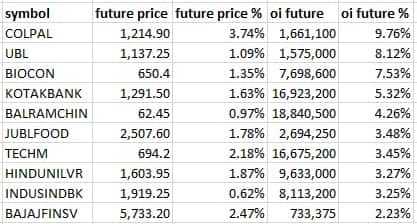 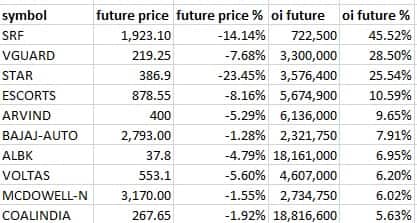 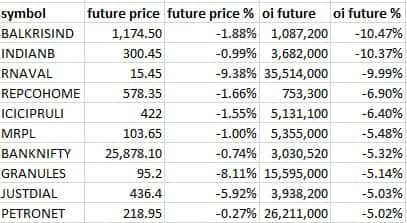 Petronet LNG: Its earnings conference call will be held on May 22, 2018.

Endurance Technologies: There is a one-on-one meeting with Wasatch Advisors on May 21, 2018.

Union Bank: Lays out plan to raise total capital funds up to Rs 7,200 crore during FY19.

Rel Comm: The firm is filing an appeal for stay against NCLT order dated May 15.

7 stocks under ban period on NSE

Securities in ban period for the next day's trade under the F&O segment includes companies in which the security has crossed 95 percent of the market-wide position limit.

For May 21, 2018, Balrampur Chini, DHFL, Jet Airways, JP Associates, PC Jeweller, Reliance Communications, and Wockhardt are present in this list.