The market registered gains for the second consecutive week ending on April 17, following positive global cues on expectations that infections may be peaking in Europe and that the US may ease lockdown of business as the number of reported cases is declining on daily basis.

Experts expect the global mood to guide Indian equities in the coming weeks and do not see major directional move unless the lockdown is lifted in major economies. Stock-specific movement may be seen due to quarterly earnings which seem to have been priced in by the market.

Maximum call open interest (OI) of 16.16 lakh contracts was seen at the 10,000 strike price. It will act as a crucial resistance level in the April series.

Maximum put open interest of 20.84 lakh contracts was seen at 9,000 strike price, which will act as crucial support in the April series. 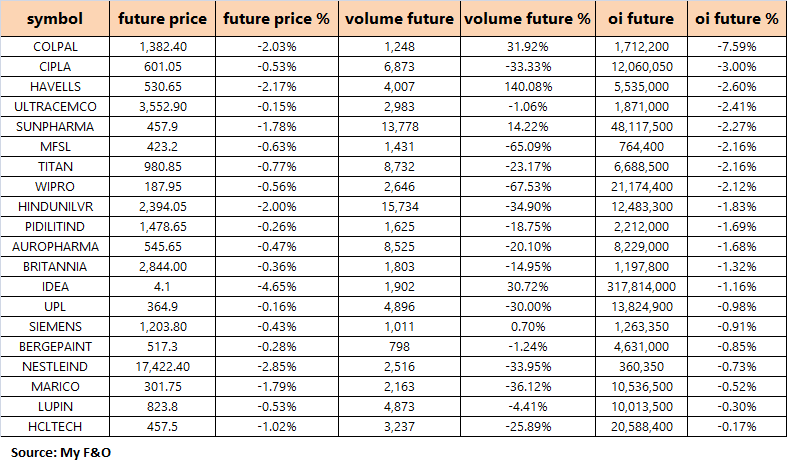 Apollo Tyres: Board approved the issue of NCDs on private placement basis aggregating to Rs 1,000 crore.

TT Ltd: The company started partial manufacturing activities at factories in UP to produce face masks and allover bodysuits.

GIC Housing Finance: Commercial paper being due has been paid to concerned CP holders.

ICICI Bank: S&P affirmed ratings on the bank at BBB-, but rating outlook revised from stable to negative.

Indian Hotels: The company approved raising of funds up to Rs 150 crore by way of private placement from Axis Bank.

Mangalam Organics: The company resumed operations at its factory.

Diana Tea: The company started operations at all its tea gardens in Jalpaiguri, West Bengal.

Kotak Mahindra Bank: S&P reaffirmed rating outlook on the bank at BBB-/ A-3 with a Stable outlook.​